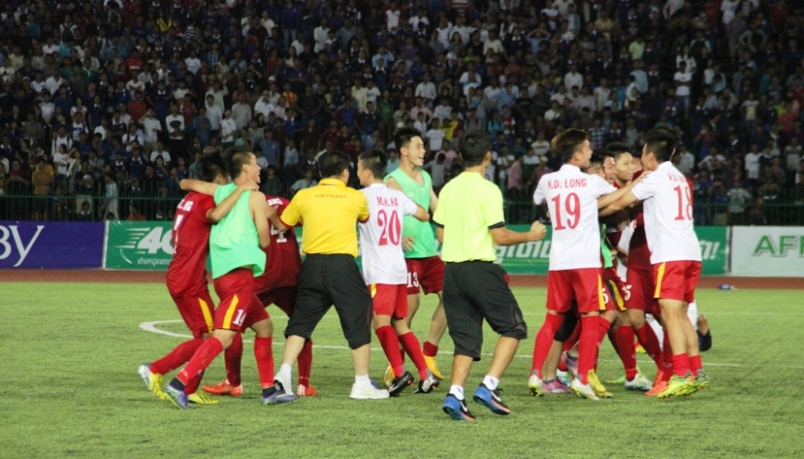 In front of an almost sell-out crowd at the National Olympic Stadium here tonight, hosts Cambodia suffered a real heartbreak when they were denied a place in the final of the AFF Smart Under-16 Championship 2016 following their slim 1-0 loss to Vietnam in the second semi-final of the evening.

With Australia having already booked their place in the final in two days following their 5-3 win on penalties over defending champions Thailand, the hosts were all pumped up as the spectators began to fill up the 60,000 capacity stadium smacked right in the middle of town.

But as fate would have it, Vietnam were just a tad more composed as they scored the solitary goal in the first half to ride their luck for a shot at the title this year.

“The fans certainly did not make it easy for us,” said Vietnam coach Dinh The Nam. “The players were nervous at the start and it showed but they eventually gained control.”

Vietnam went into the game full of confidence as they had been the group winners although taking on the hosts would test their abilities to the limit.

The fans were full of noise as they pushed the home team to every offensive play while Vietnam’s centrebacks of Nguyen Xuan Kiem and also Uong Ngoc Tien have had to work over time for the clearance.

The pace of Sieng Chanthea and also Long Meanghav were a constant thorn but as Vietnam maintained defensive discipline, it puts pressure on the home team.

And in the 28th minute, Vietnam finally got the goal they were looking for when Nguyen Khac Khiem stabbed home the corner from Tran Van Dat as the Cambodian defence failed to make a clean clearance.

Playing under even more intense pressure was not going to be easy and as Chhoeung Visinu’s 62nd minute attempt cleared on the line and Sin Kakada’s drive coming off the crossbar, the realisation would soon sink in that Cambodia will not be able to turn this one.

“I really feel sorry for the people who turned up to support us,” said head coach Inoue Kazunori, who was in tears after the game. “I really wanted to win this game for Cambodia but the boys tried very hard and they should be lauded for their effort.” 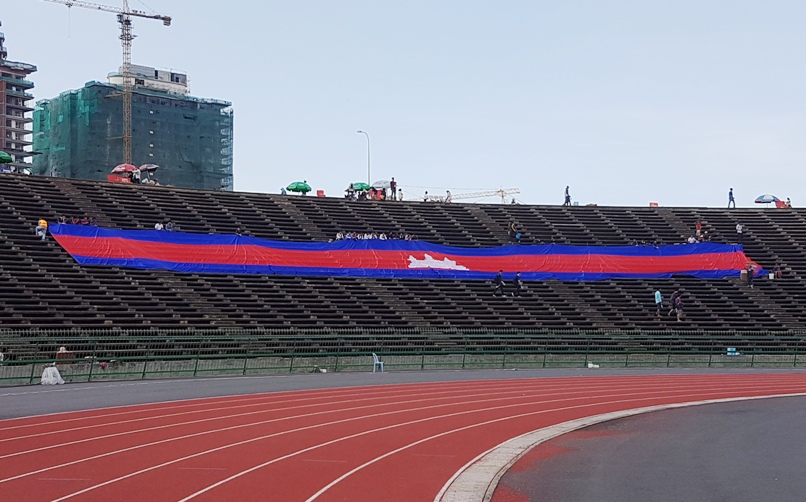 (All matches at the National Olympic Stadium)