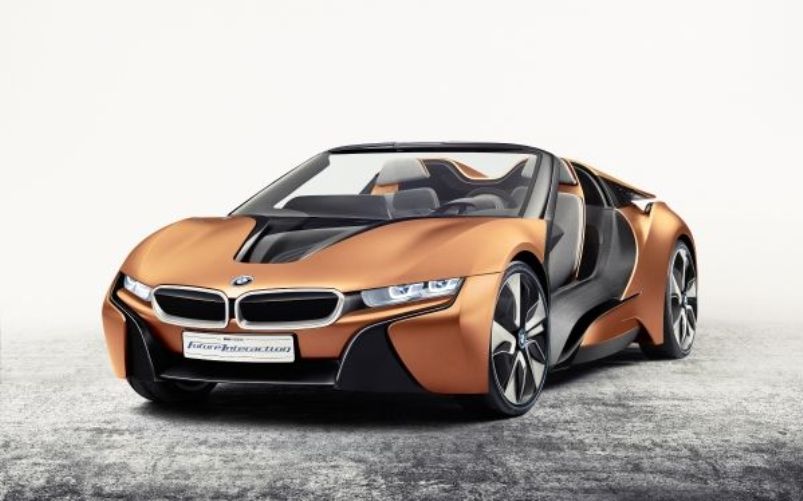 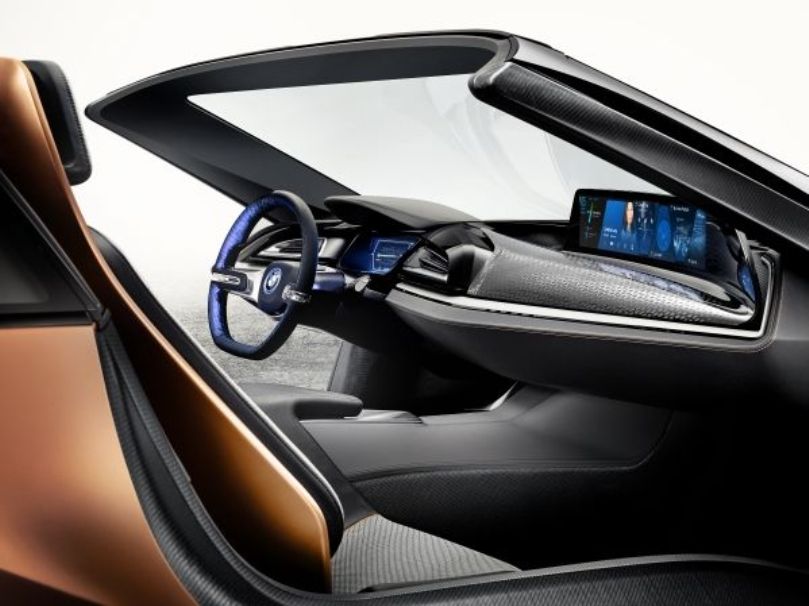 The BMW i Vision Future Interaction has been presented with the inaugural special prize for connectivity at the Auto Test Sieger 2016 awards ceremony. The concept car had previously used the CES 2016 in Las Vegas to demonstrate how the user interface of the future might look in an autonomous car – helped by technology including high-resolution displays. All functions can be controlled using touch-sensitive surfaces and gestures.

The BMW i Vision Future Interaction provides an impressive look ahead to the connected car of the future, which is integrated into the driver’s digital environment and is more intuitive and convenient to use.

The interior of the future. The BMW i Vision Future Interaction is based on the BMW i8 Concept Spyder. Its high-resolution Head-Up Display reflects the most important vehicle data onto the windscreen, while an instrument cluster displays other information three-dimensionally (autostereoscopically) – e.g. on vehicles travelling in front or oncoming vehicles which are not yet in the driver’s field of vision.

The 21-inch (approx. 40 cm) panorama display is operated using gesture control. It works like a touchscreen that doesn’t need to be touched, sensors detecting hand movements in three dimensions. Touch-sensitive surfaces on the centre console provide additional usage options, allowing the user to navigate through menus by tapping and swiping, as with a smartphone.

When the driver gets into the BMW i Vision Future Interaction, this panorama display seamlessly presents the content which can be viewed on smartphones or other digital devices with the help of BMW Connected. The display adjusts automatically to the driving mode currently engaged. In a future scenario where vehicles are driving fully autonomously, the system could switch from all-audio transmission of phone calls, for example, to video transmission.

Presentation ceremony in Berlin. The special prize was presented at a ceremony held in Berlin on 20 July. German bi-monthly magazine Auto Test is Europe’s most widely read car-buying guide. It is also enclosed as a supplement with special-interest magazines Computer Bild and Sport Bild, which pushes its circulation up into the high hundreds of thousands.

Further information on the BMW i Vision Future Interaction is available atwww.press.bmwgroup.com