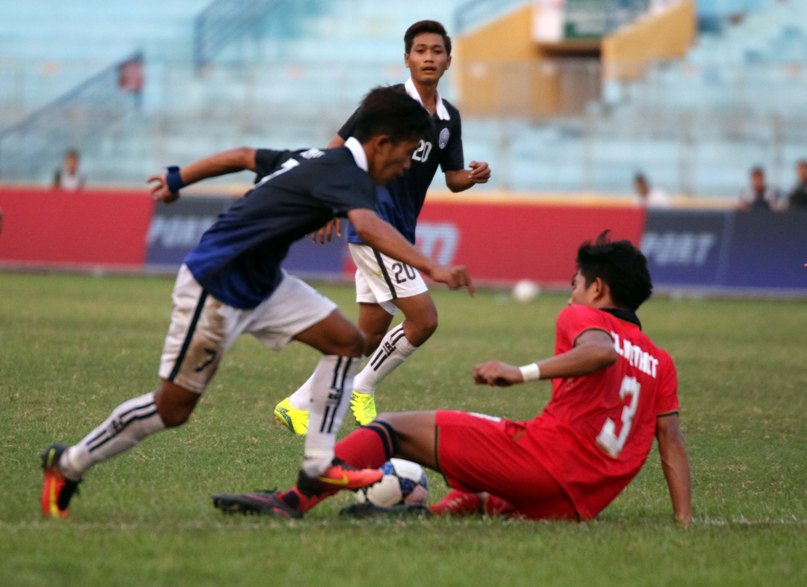 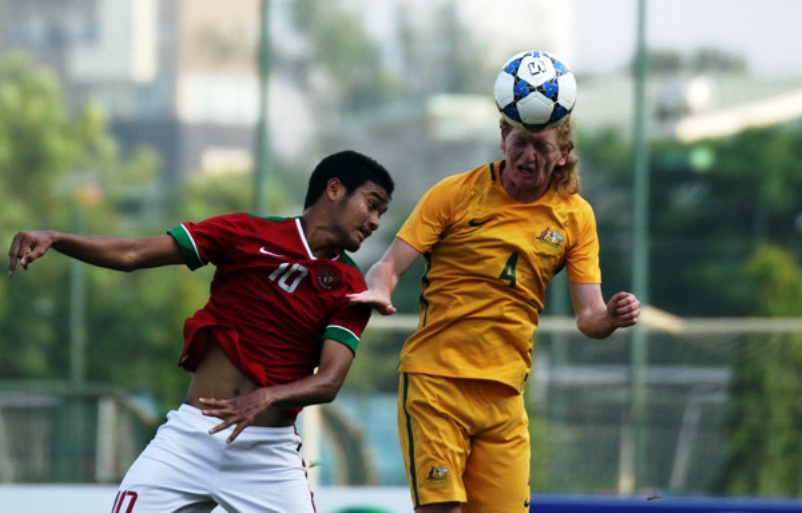 With Australia rolling to their third win in a row, Thailand had to throw everything they had before they were able to beat gutsy Cambodia in Group B of the AFF Vietcombank Under-19 Championship here at the Hang Day Stadium.

In the other match that was played at the Vietnam Youth Football Training Centre, Australia beat a resilient Indonesian side 3-1 while Thailand edged Cambodia 2-1 for both teams to maintain a perfect 100% record after three games.

“I’m not happy with the performance. There was no teamwork, no commitment and no power,” said Thailand head coach Anuruck Srikerd afterwards.

“We have to be better than this. And today, Cambodia once again played really well. I really admire them for that.”

For the third time in a row, Cambodia played with a lot of heart. And while they may be diminutive in size, they more than made it up with their hard running and work rate.

And it was against such a scene that Cambodia scored ahead of the confident Thais where against the run of play, a quick counter in the eighth minute saw Cambodia’s In Sodavid running in from the left before firing in from a tight angle that richocheted off Thai defender Saringkan Promsupa.

Thailand’s indignance saw them wresting more control of the midfield through Sansern Limwatthana as they pressed hard for the equaliser.

But as the Cambodian defence stood firm against the Thai onslaught, a lay-up in the 28th minute off Chotipat Poomkaew saw Jakkit Wachpirom slamming to draw level.

And just two minutes later, Thailand went ahead for the first time in the game when captain Worachit Kanitsribumphen ran past the Cambodia defence to slot home past an outstretched Keo Soksela.

The second half was even battle as the Thais were content to just sit back and protect their lead. Several substitutions for Cambodia did not conjure the right results as Thailand prevailed for their third win in a row.

In the meantime at the Vietnam YFTC, Australia did not have to struggle too much against a resilient Indonesian side when they beat the latter 3-1 to pick up the full nine points from three matches played. 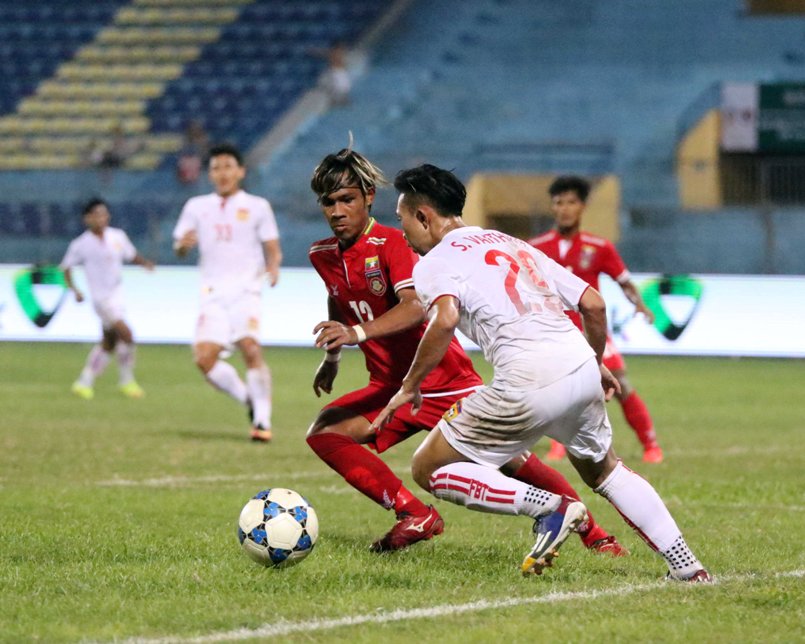 In the final game of the evening at the Hang Day Stadium, a whopping eight goals were scored between Laos and Myamar.

Myanmar once again failed to maintain their performance throughout the 90 minutes when they faltered in the second half to allow Laos the chance for a fightback and draw the match 4-4.

But it was Laos who went ahead first in the eighth minute when Maitee nodded home the cross from Lathasay Lounlasy.

The goal prodded Myanmar into action and they replied with four goals through Shwe Ko (21st and 29th minute) and Aung Kaung Mann (23rd and 45th minute).

But Laos were determined. And they certainly showed their mettle with Maitee adding two more goals (57th and 59th minute) and Khamphanh Sonthasalay (90th) for the final score line.

The game was marred by the first sending off of the tournament when Myanmar’s Myint Tun Naing was given his marching orders for a second bookable offence in the 74th minute.

All matches at the Vietnam Youth Football Training Centre