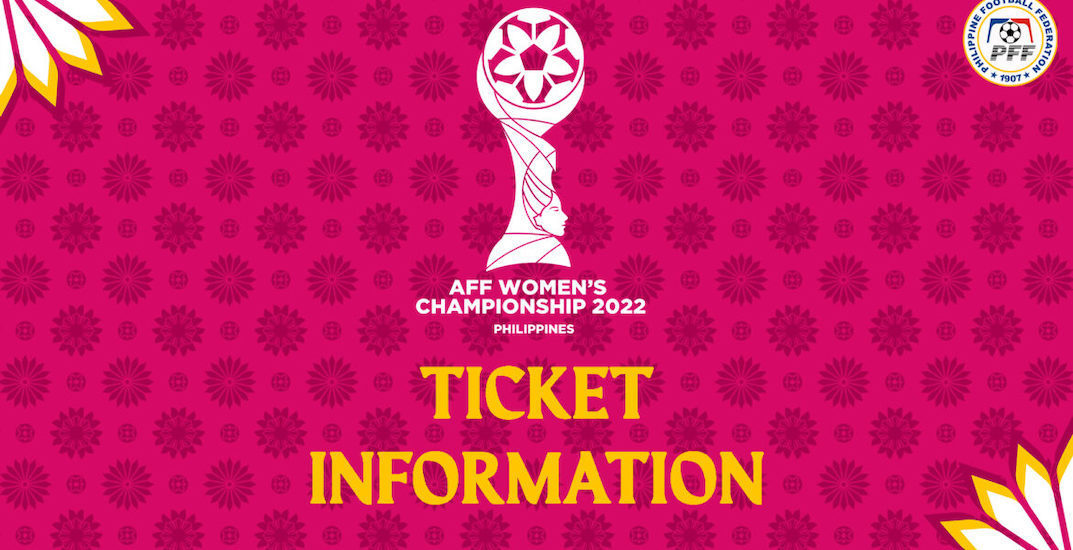 The Philippine Football Federation (PFF) announced that tickets for the AFF Women’s Championship 2022 will go on sale beginning 2:00 PM on Friday 01 July 2022 at all SM Ticket outlets nationwide and online (SMTickets.com).

PFF invites all football fans and stakeholders to support the FIFA Women’s World Cup-bound Philippine Women’s National Team, more known as the Filipinas, as they compete in the 11-nation competition.

The Philippines is in Group A alongside Thailand, Indonesia, Singapore, Australia, and Malaysia. Group B comprises defending champions Vietnam, Myanmar, Timor-Leste, Cambodia, and Laos.

Matches will be held at the Rizal Memorial Football Stadium in Manila, Biñan Football Stadium in Biñan, Laguna, and the City of Imus Grandstand in Imus, Cavite. All three venues will have limited seating in line with the health and safety protocols implemented in the competition.

All spectators must bring proof of full vaccination to be allowed entry at all match venues.

Ticket prices for all match venues for the duration of the Group Stage are as follows:

Ticket prices for the knockout stage are as follows:

Tickets are free seating and will be on a first-come-first-serve basis. 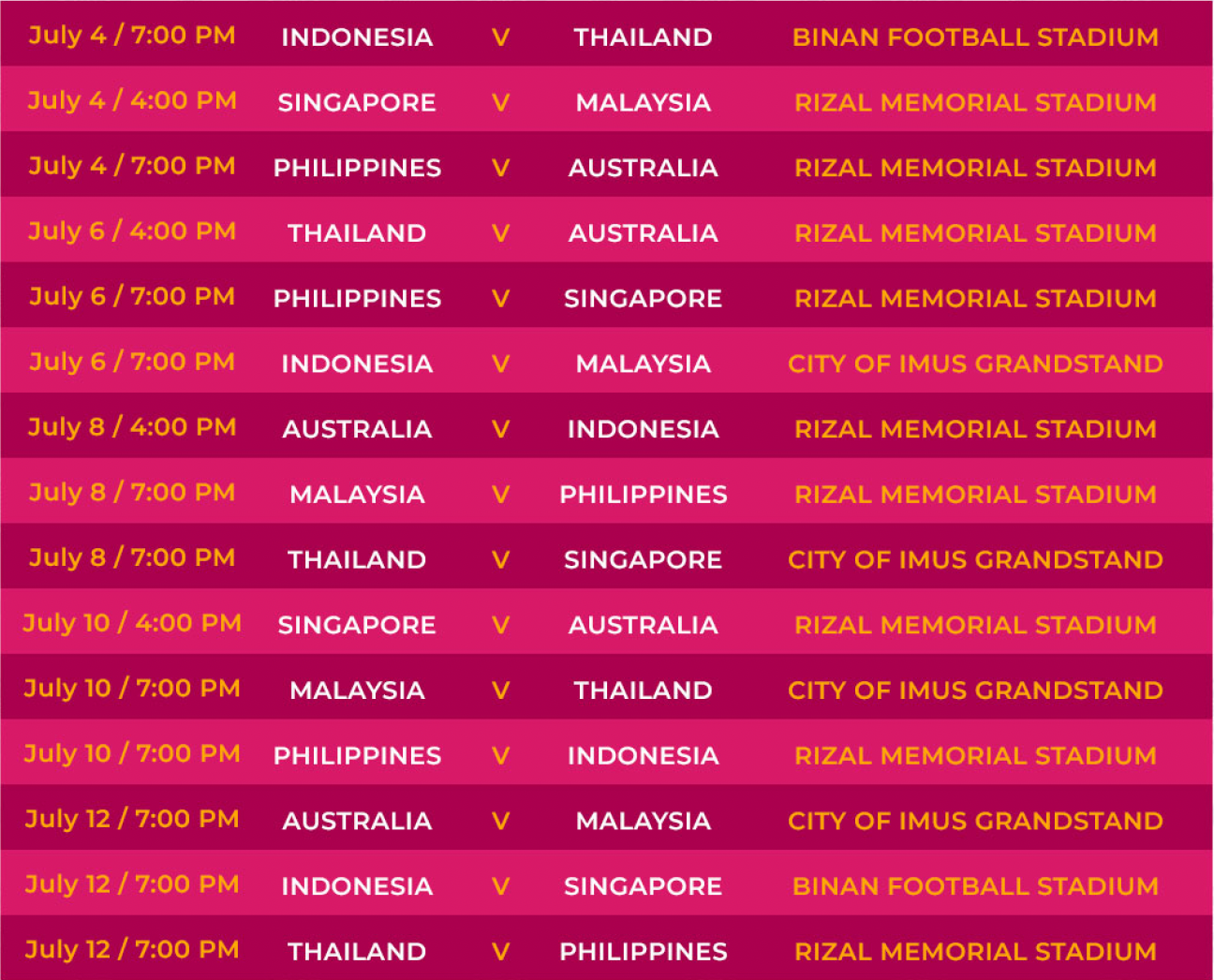 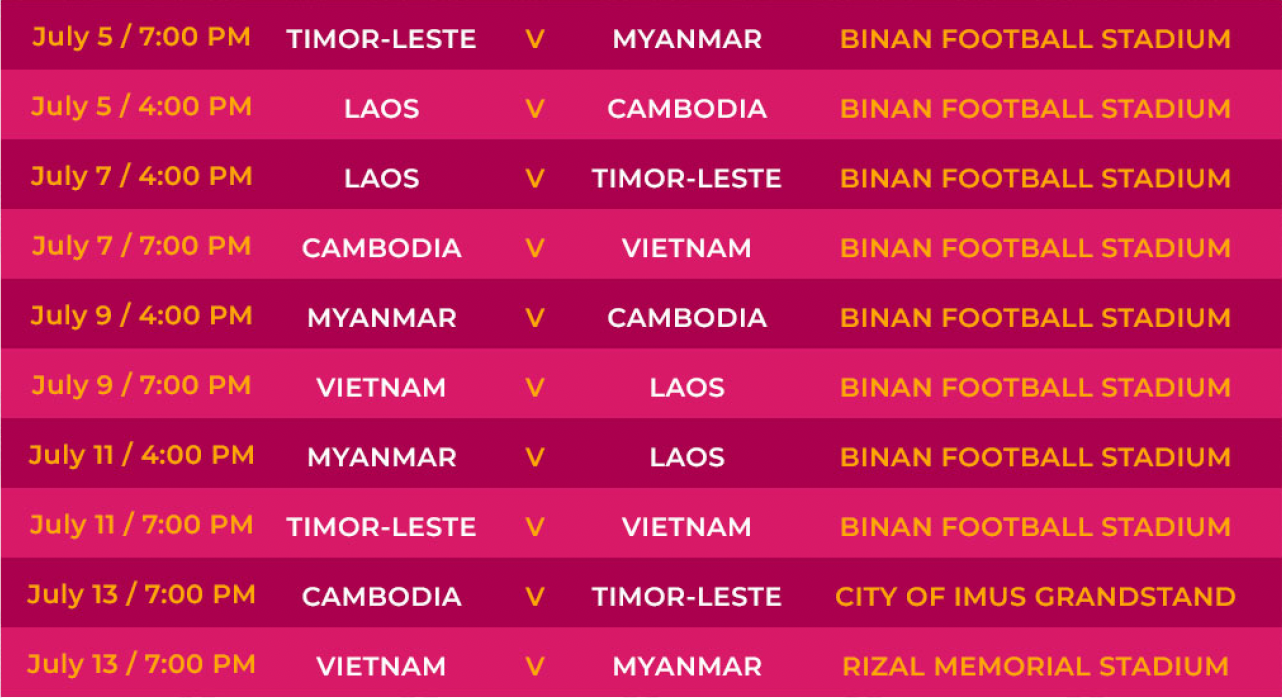