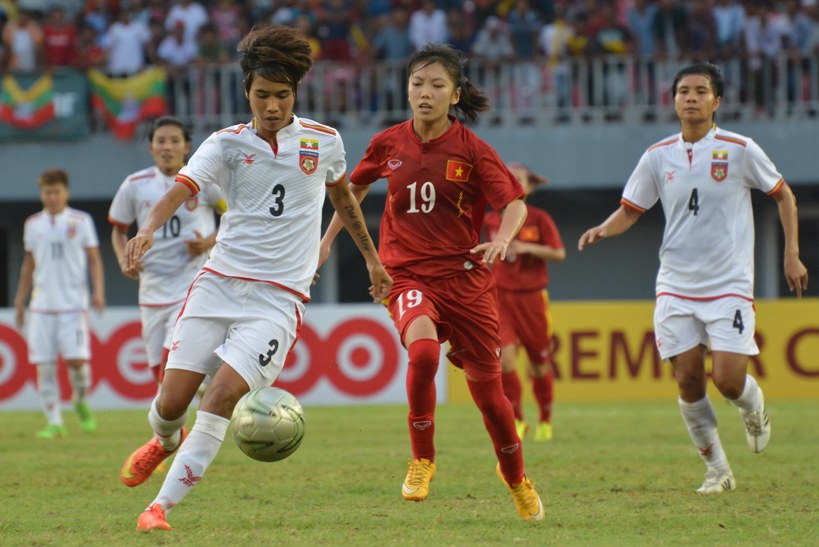 Vietnam stayed sharp and emerged winners of a tight penalty shootout against hosts Myanmar to set up a final showdown against defending champions Thailand in the AFF Myanmar Women’s Championship at the Mandalar Thiri Stadium here.

All five Vietnam’s strikers found the back of the net while their goalkeeper Dang Thi Kieu Trinh saved the third kick to steer her team to win the shootout 5-4. Earlier both teams were tied at 2-2 after 90 minutes, forcing the game into extratime. Myanmar snatched the lead but Vietnam fought back to equalise 3-3 through a penalty.

It was a closely fought match which could have gone either way. Vietnam were riding high after surprising Thailand in the group stage while Myanmar were fired up by the strong support from their fans.

In the first semi-final showdown, Thailand overcame an early goal to claim their place in the final.

Australia Under-20 shot ahead after only 11 minutes when Grace Maree Tenison Maher. The Thai team did not let the goal get them down. Instead, they battled back and levelled the score through Kanjana Sung-Ngoen on the half hour mark.

The reigning champs took over the lead nine minutes later when Anootsara Maijarern hit the winner.

Australia never have up and continued to try and work their way in but their efforts were thwarted by the Thai defence. Thailand managed to hang on until the end to make the final cut and attempt to defend their title for a second year.