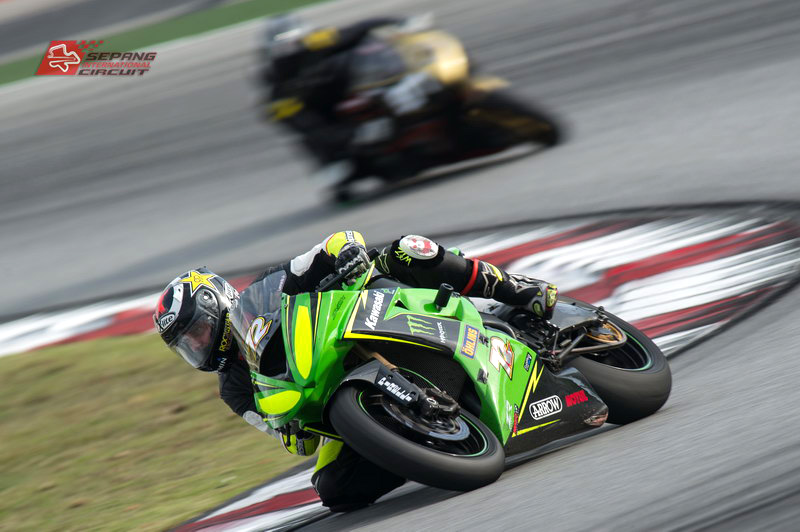 Featuring only one race this weekend at 2014 Shell Advance Malaysian Motorcycle Grand Prix, the stakes for success at Round 5 of the Malaysian Super Series (MSS) has shot up as the riders prepare themselves for the glamorous round of the national track championship.

Sharing the track with the world’s top riders and competing in a packed grandstand atmosphere, riders have over the years save their best performance during the MotoGP for bragging rights and a privilege of standing on the winners’ podium to the cheers of fans, amounting to tens of thousands.

“It’s an incomparable feeling to win at the MotoGP round. Winning any MSS race is great; but winning at the Malaysian GP round for the MSS is definitely a lot sweeter. Of course! It is a world class event and very, very different from the usual MSS round,” says multiple MSS champion, Ahmad Nashrul Baharuddin, who is competing on a Ducati for the first time this season.

Currently third in the Superstock championship which he is defending, Nashrul, a former MSS winner for the Kawasaki Cup and the 135cc Production Bike Championship, said that he would be going all out for score a win and keep a fighting chance of taking the championship battle to the final round.

“It will be very difficult because of the big gap. But, we will continue trying and not give up,” said Nashrul, who is trailing championship leader Steve Martin by massive 61 points. The Malaysian rider has 104 points against Martin’s 165 points.

With the Shell Talent Cup Asia included as a support race at this year’s Malaysian Motorcycle Grand Prix event, the organizer – Sepang International Circuit (SIC) had made massive changes to the programme by featuring only three of MSS bike categories in the programme and only a single individual races instead of the usual two races.

To accommodate the changes, SIC had created an extra Round 6 for the MSS bike competitions on November 15 and 16, which would feature two more races for the Superbike, Superstock and Supersport championship and the final races for the SIC Ninja 250 Cup and 250 Open Cup.

Apart from enhanced safety for the riders, the change would also benefit competitors participating in two classes like Martin, who still have a shout at the Superbike Championship. Martin, who is the team owner of SBK Motorsports Martin Racing, is currently third in the championship with 107 points. Malaysian Mohd Syahnas Shahidan leads the championship with 126; holding a 16-point advantage over last year’s Moto2 wildcard rider, Muhammad Zaqhwan Zaidi.

For Round 5 this weekend, free Practice and qualifying sessions for the MSS would be held tomorrow (Thursday, 23 October). The Superstock race would be held on Friday at 5.30pm with the Supersport race scheduled on Saturday at 6pm. The Superbike race would be run at 8am in Sunday.