Home International Ailing Konta hangs on for win despite collapse 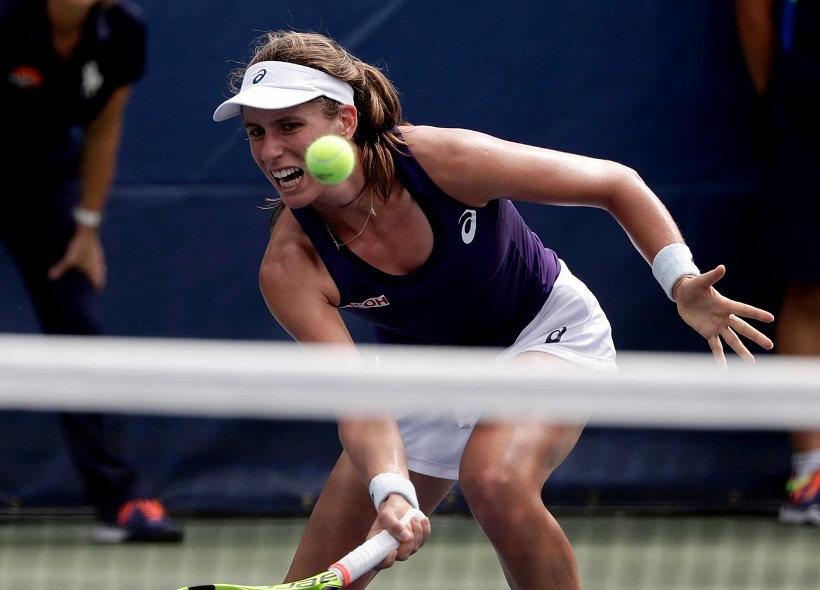 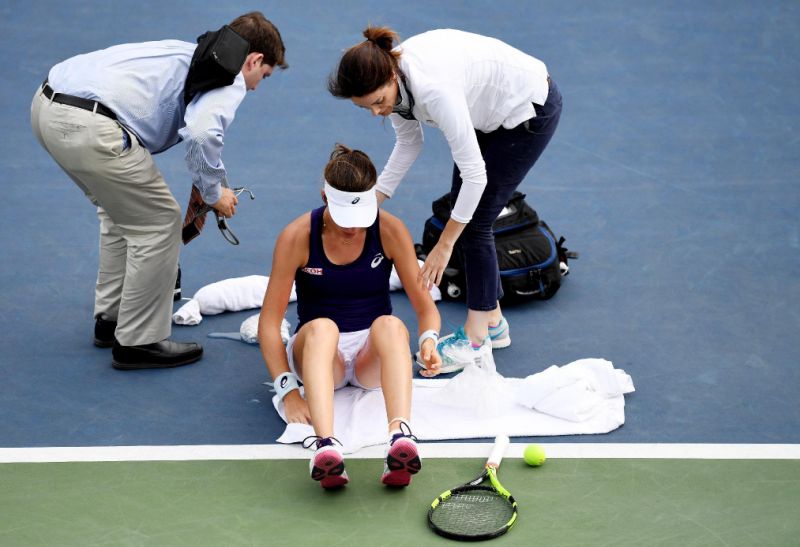 Johanna Konta collapsed with apparent heat illness but shook off the scare to beat Tsvetana Pironkova in three sets Wednesday to reach the third round of the US Open.

The 13th seeded Briton said she was “a little embarrassed” by all the drama, but expected to be ready to go against Switzerland’s Belinda Bencic in the third round on Friday.

“I’m doing everything that I can to recover well and try to get myself into a state to be ready to compete again,” said Konta, who said she’d gone through a similar scare on court before.

“Basically my heart rate spiked and I couldn’t really control my breathing,” she said.

“I started hyperventilating. I started shaking. That’s why I went down on the ground, because I was quite violently shaking.”

Konta was serving to try to force a second-set tiebreaker when she was stricken, slumping to her knees at the baseline.

She sat on the court with bags of ice on her body until medical personnel arrived and took her blood pressure.

“I feel like my whole body is in shock,” she told the doctor. “My heart rate went up. My vision became blurred.”

When play resumed after a medical timeout, Konta surrendered her serve and the set. She then departed for a lengthy toilet break that included a long walk from court 13 to the nearest convenience.

She returned somewhat refreshed, promptly broke Pironkova and closed out a 6-2, 5-7, 6-2 victory.

After some time sitting courtside Konta apologized to fans for not signing autographs and departed.

Pironkova, while crediting Konta with the better performance on the day, said she was frustrated by the lengthy comfort break, during which Konta had to be shepherded through the crowds away from the court.

“With that toilet break I think the match was stopped for just too long,” she said. “It was an unfortunate time. I had my momentum going, I was getting back in the match.

“Probably that break somehow maybe stopped that momentum, but then again, I don’t want to make excuses for myself.”

Pironkova was also careful to say that Konta, the 13th seed who claimed her maiden WTA title in Stanford this year, acted within the rules.

“Today I’m not very happy about these rules, to be able to go and change your clothes after every set, it didn’t work out good for me today. But these are the rules,” she said.

“When you see the player that you’re playing against look like this, that she couldn’t stand, it’s scary,” she said.

And she was relieved she’d never gone through anything like it herself.

“Oh, thank god no,” she said. “I haven’t and I’m really grateful for that. It’s probably horrible.”

Konta, however, was matter-of-fact.

“I’m definitely not the first person to have these sort of struggles on court,” she said.

“I’m definitely not going to be the last. It’s part of oursport. It’s part of the conditions that we play in. All any of us can do is just deal with it the best that we can.” – Agence France-Presse