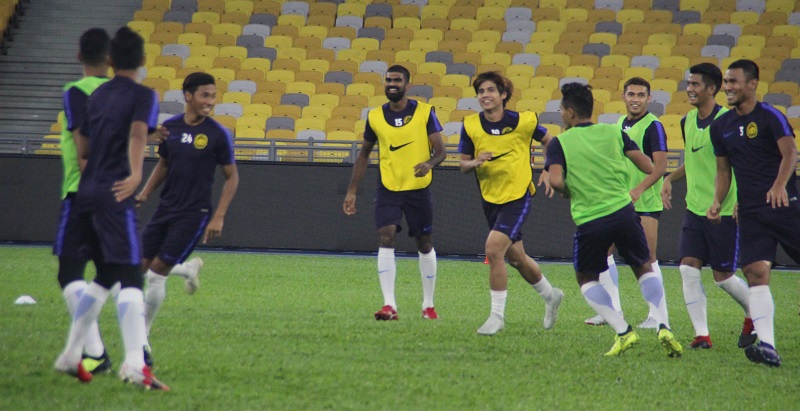 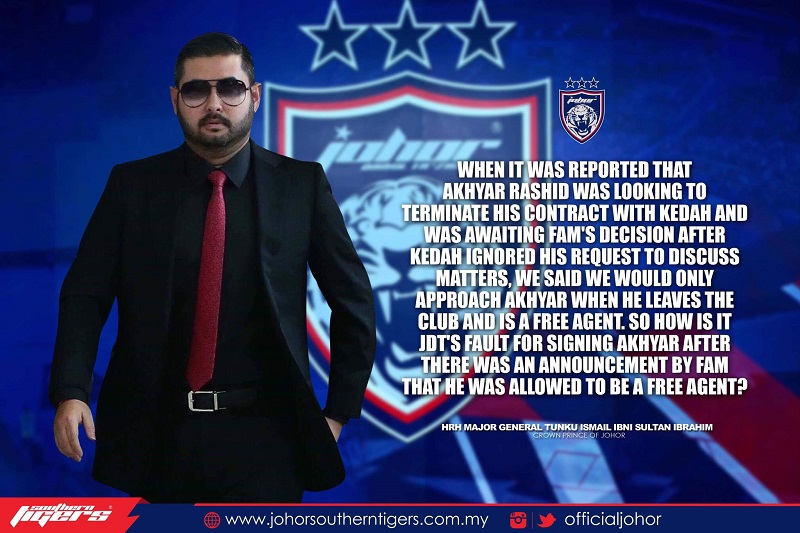 There seems to be no end to the controversy surrounding to international Akhyar Rashid’s move down south to join five-time Malaysian Super League champions Johor Darul Takzim from his home state after buying out his contract.

This has left his home state Kedah unhappy and the Red Eagles want to take the matter to FIFA or the Court of Arbitration.

JDT club owner Major General Tunku Ismail Ibni Sultan Ibrahim has responded to Kedah and said:
“If Kedah FA wants to take Akhyar Rashid or JDT to the Court of Arbitration or FIFA, they can go ahead.”

“Free agent” Akhyar was snapped up by the Southern Tigers with a four-year contract from 2019 with a RM12 million release clause after the player bought out his existing contract with Kedah for RM210,000.

JDT also upped the compensation from RM75,000 to RM100,000 as a sign of respect to Kedah for developing Akhyar’s football talent.

Kedah are not happy and alleged it was a “back door” deal that deprived the state of a better compensation. Tunku Ismail, who is also the Johor Crown Prince, however, said it was done through proper channels only after Akhyar became a free agent.

“So how is it JDT is at fault for signing Akhyar after there was an announcement by the FAM (FA of Malaysia) that the player was allowed to be a free agent?

“First, you (Kedah) do not understand the regulations. Second, you are blaming others for your own weaknesses,” said Tunku Ismail in a posting on the Southern Tigers Facebook on Tuesday. RIZAL ABDULLAH 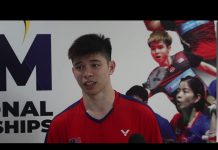