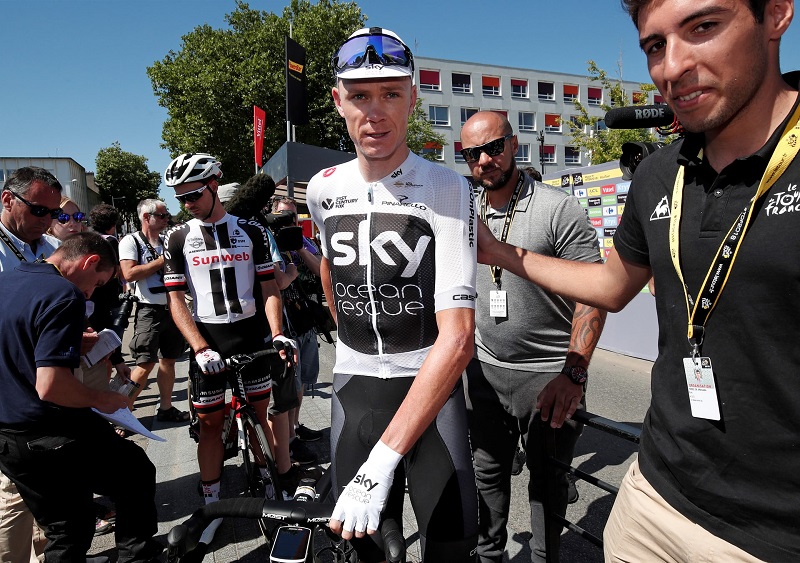 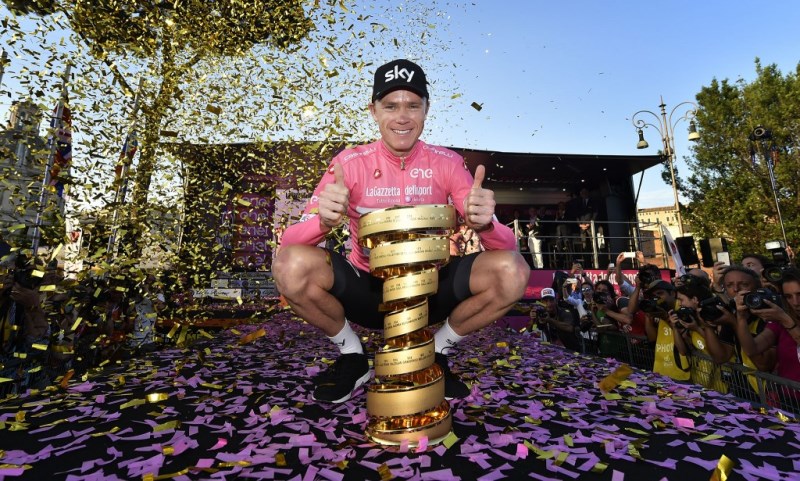 Chris Froome and Geraint Thomas will skip the 2019 Giro d’Italia to focus on winning the Tour de France, and will attempt to present another united front at the head of Team Sky.

Froome won last year’s Giro after producing a famous surge on stage 19 to overcome the race leader, Simon Yates, but will not defend his crown as he prioritises claiming a fifth yellow jersey.

“It’s been a hard decision to figure out which Grand Tours to focus on, especially having won the Giro last year… but for 2019, my number one objective is going to be the Tour de France,” Froome said in a statement.

“It was definitely a difficult decision not to go back to the Giro and defend the Maglia Rosa. I’ve got amazing memories from last year, but I think, with the Tour as my main objective, it’s probably better that I skip the Giro.”

Thomas confirmed he will do likewise, meaning that Team Sky – who last month revealed that 2019 will be Sky’s last sponsoring the team – are likely to start the Tour de France without a designated leader and will allow the strongest rider to prevail.

Last year Froome began the race as Sky’s lead rider but it soon became clear Thomas was in better condition, and the Welshman went on to win his first grand tour while Froome shifted into a support role in the final days. The challenge for team principal Dave Brailsford will again be to manage this crucial relationship within the team.

“The main goal for me will be to go back to the Tour for the best result I can. Maybe if I hadn’t have won the Tour in 2018 I might have looked at a Giro/Vuelta programme,” Thomas said.

Their decision will be well received by Yates, the British rider who won last year’s Vuelta a Espana and has already earmarked the Giro in 2019. The Dutch time trial specialist Tom Dumoulin, who won the Giro in 2017, will also be buoyed by the absence of Sky’s biggest threats, particularly given the Italian race will be bookended by two stages against the clock.

The talented young Colombian Egan Bernal, who impressed working on behalf of Froome and later Thomas at the Tour de France, will lead Team Sky’s challenge at May’s Giro, going for grand tour for the first time in his career.