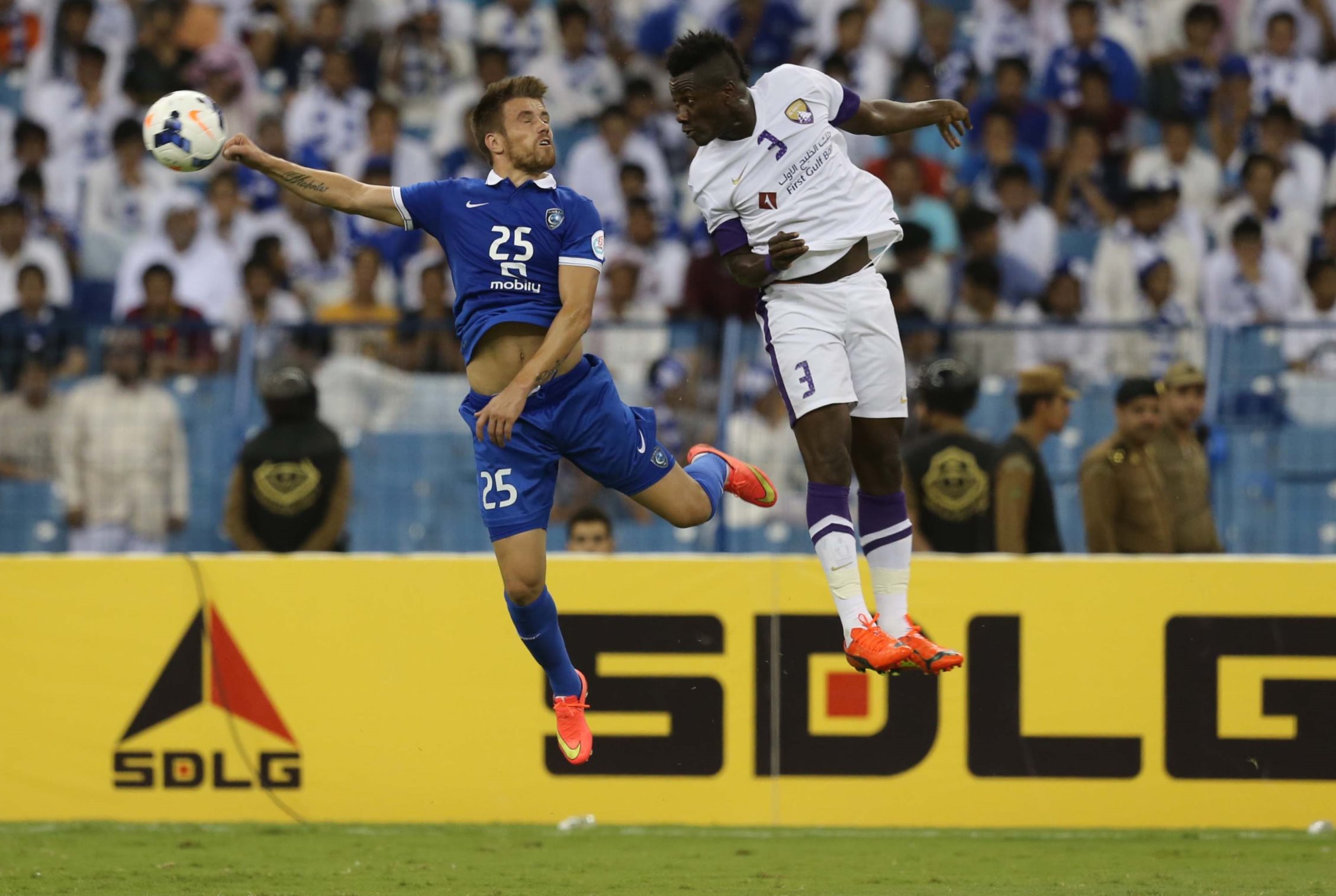 Nassir Al Shamrani scored twice while Thiago Neves was also on target in a nine minute spell in the second half two weeks ago in Riyadh as two-time Asian Club Championship winners Al Hilal eased to victory against 10-man Al Ain at King Fahd International Stadium in Riyadh.

But with a meeting with either Australia’s Western Sydney Wanderers or FC Seoul from Korea Republic in this showpiece final at stake, Dalic’s side will look to follow up their 5-1 aggregate win over Saudi Arabia’s Al Ittihad in last month’s quarter-finals.

“It’s going to be a difficult result to achieve, it seems like a mission impossible,” said Croatian Dalic, who led Al Hilal to the last 16 of the AFC Champions League last year.

“But we will do everything to try to make a comeback. We might need a little luck, but I believe that we can make the match interesting.

“I believe in my team, my players, and the work we have put in, and we will do everything to achieve this turnaround. It will be very hard, but we will try.”

Inaugural AFC Champions League winners Al Ain are unbeaten at home in the competition this season and Dalic’s side have also recorded back-to back victories in the Arabian Gulf League since returning from Riyadh, which included a 4-0 win Ajman last week.

“Those two league matches have returned our sense of security and confidence in the team,” added Dalic.

“This is important because ahead of the first leg against Al Hilal, we were missing nine players for 17 days because of their commitment to the national team, and as a result we only had two training sessions with the entire squad before the match with Al Hilal in Riyadh.

“In those two league matches, the players have shown when they are together in full training that they can play well and show some quality football.”

Dalic, though, will be without first-choice goalkeeper Khalid Eisa on Tuesday after the custodian was sent-off in the first leg.

“Khalid’s absence will be a great handicap for us,” said Dalic. “He is our regular goalkeeper and a player of the national team, so we will miss him greatly.”

But Dalic will be able to call upon the services of AFC Champions League top scorer Asamoah Gyan, with the Ghana international having already scored 12 goals in the competition this season.

“In the last league match he scored one goal and had two assists,” added Dalic. “So for us, it is important that he is in a goal scoring mood for the match against Al Hilal, and for him to be able to pull the team forward.”

Al Hilal, meanwhile, have seen their continental form mirrored on the domestic front with a 2-1 victory over Al Fateh last Wednesday continuing their unbeaten start to the Saudi Pro League.

“We are happy with the result as we scored three goals, but this doesn’t mean that we are in the final,” said Al Hilal’s Romanian coach Laurentiu Reghecampf following the first leg.

“In football a lot of things happen, and hopefully we can repeat the good performance that we had in the second leg.”

Either Al Ain or Al Hilal will face FC Seoul or Western Sydney in the final, with their second leg set to take place at Parramatta Stadium on Wednesday following a goalless draw two weeks ago.