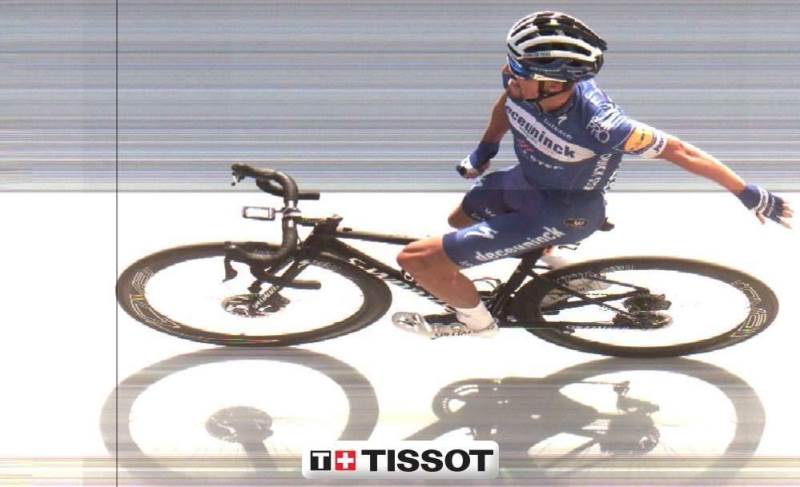 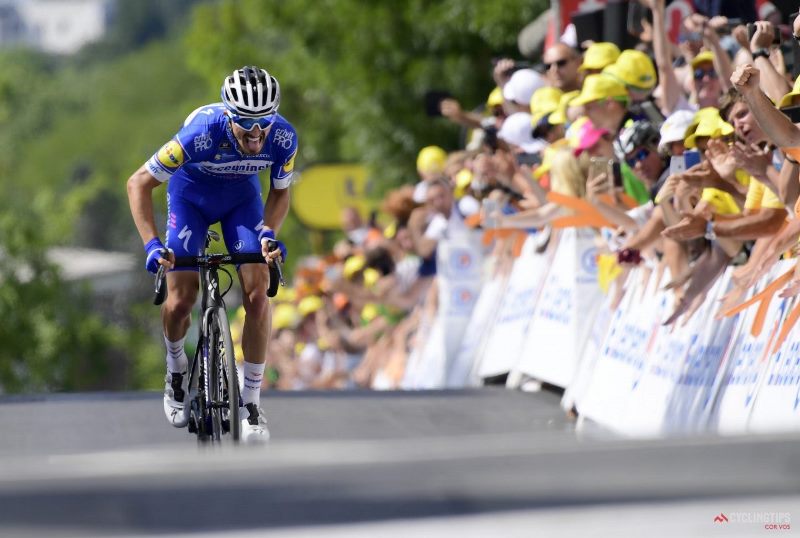 World’s number 1 Julian Alaphilippe powered to victory with a strong attack with 16km to go behind breakaway rider Tim Wellens in the hills of the Champagne area. A solo winner in Epernay, he took over from Mike Teunissen to become the first Frenchman in the lead of the Tour de France since Tony Gallopin in 2014.

“I’m speechless. I don’t realize what’s happening to me. I knew this stage suited me. I managed to avoid any pitfalls and crashes. I felt good so I accelerated in the Mutigny climb but I didn’t think I’d go alone. I gave everything. I heard I was 30 or 40’’ ahead. It’s difficult to meet the expectations being the favourite. I made it. I’m delighted.”

Five riders in the lead

176 riders took the start of stage 3 in Binche. Yoann Offredo, a member of the Binche-based Wanty-Groupe Gobert team, was first to attack from the gun but he was reeled in by a very active peloton. Two kilometres further, the Frenchman rode away again with four other riders: Tim Wellens (Lotto-Soudal), Anthony Delaplace (Arkéa-Samsic), Paul Ourselin (Total Direct Energie) and Stéphane Rossetto (Cofidis). They enjoyed a slightly downhill first part of the course and a nice tailwind to cover almost 47km in the first hour of racing. Tony Martin (Jumbo-Visma) led the bunch by himself until the maximum time gap was recorded while the leading quintet passed the 80th kilometre: 6’15’’. That was the moment chosen by Deceuninck-Quick Step to ask Kasper Asgreen to speed up. The time difference was stabilized around 3’30’’ with 100km to go.

In front of the magnificent cathedral of Reims with 69km to go, the deficit of the peloton was below two minutes with Jumbo-Visma and Deceuninck-Quick Step still at the helm. The breakaway riders swapped turns efficiently until Wellens attacked with 48km to go before the climb of Nanteuil-la-Forêt. 30km before the end, as the French quartet was brought back by the pack, the advantage of Wellens was 1’50’’. The Belgian secured the polka dot jersey at the côte de Champillon with 25km to go where a difference of 1’10’’ with the peloton was recorded.

Julian Alaphilippe on a classics mode

Wellens was caught by Alaphilippe at the top of the côte de Mutigny with 16km to go while he had a flat tyre so the Frenchman continued solo. Michael Woods (EF), third at the top, Maximilian Schachmann (Bora-Hansgrohe), Alexey Lutsenko (Astana) and Mikel Landa (Movistar) went in between but got reeled in 9km before the end while Alaphilippe forged on. He forced Team Ineos to ride behind him and managed to stay away. The Frenchman crossed the line with an advantage of 26’’ over Michael Matthews who outsprinted the rest of the main peloton. He’s the new leader of the Tour de France. – www.letour.fr