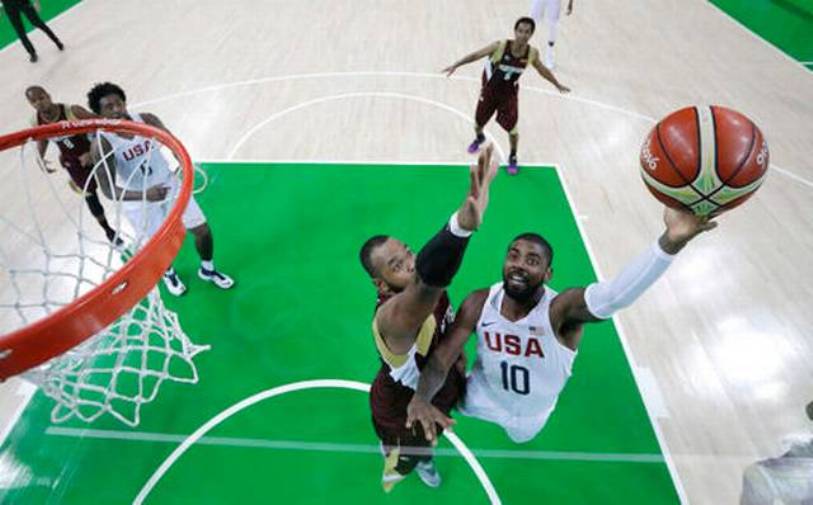 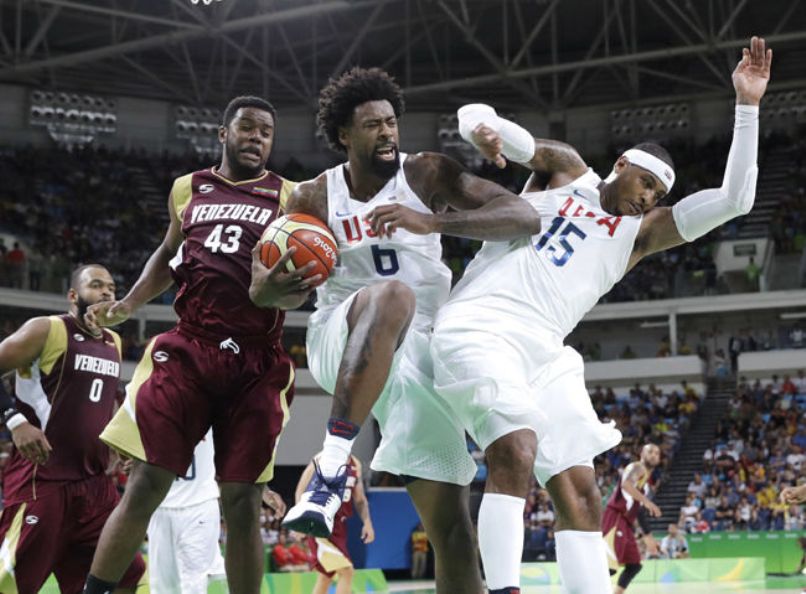 Another slow Rio Olympics start for the American NBA stars ended with the same result, a lopsided victory for the US millionaires Monday as they seek a third consecutive title.

Paul George scored 20 points and Jimmy Butler added 17 in a 113-69 rout of Venezuela, but the South American side played the US squad level at 18-18 after the first quarter.

“We have to get off to a better and faster start,” Butler said. “We know we can’t dig ourselves a hole. The way we play defence, if we guard like that for 40 minutes, we’ll be in a great position to win.”

George’s highlight slam dunk with 2:50 remaining in the fourth quarter brought the loudest cheers of the night.

Venezuela never came within 21 points in the second half, but they led by a point three different times in the first quarter.

“We kind of knew they were going to slow the game up, change the pace, but we didn’t expect it to be like that,” said Carmelo Anthony, seeking an unprecedented third Olympic men’s hoops gold medal.

The fairy tale faded quickly as the US outscored Venezuela 30-8 in the second quarter for a 48-26 half-time edge. Anthony scored 10 of his 14 points in the period, surpassing Venezuela’s total on his own.

“In the second quarter we picked it up defensively and turned the corner,” Anthony said.

“We just didn’t knock down shots,” Jordan said. “Once we were able to settle down and play defence, we started hitting some shots. Our defence is going to carry us through this tournament.”

The Americans stumbled early against China in their opener with five misses and five turnovers before imposing a humbling 119-62 defeat. But this time, the struggles lasted into the second quarter.

“We got to our groove a little slower than we did in the first game,” Durant said.

“You go through adversity no matter what on the court, and those guys, they attacked us early, got us in foul trouble and slowed the game down. You can’t foul. We’ve got to stop using our hands so much.”

Venezuela coach Nestor Garcia was unhappy at the US 31-6 edge in fast break points.

Venezuela had given the US team its toughest test in pre-Rio warm-up games before falling 80-45.

“It’s not like we weren’t ready to play,” US coach Mike Krzyzewski said. “They tried to control the tempo. We fouled a lot and didn’t get into a good offensive rhythm. It’s good to see how we would respond. I think we wore them down as the game went on.”

John Cox, a 35-year-old guard, scored 19 points to lead Venezuela. Cox is the cousin of Kobe Bryant, the legendary Los Angeles Lakers guard who retired in April after a 20-year career as a five-time NBA champion.

Cox sees little hope of anyone stopping the US juggernaut.

“Defensively, even if they have a bad day, they can switch so many positions, they’re going to be really hard to beat,” Cox said. “You’re not going to see teams score 90 to 100 points on them. They’re too long and athletic.” – Agence France-Presse