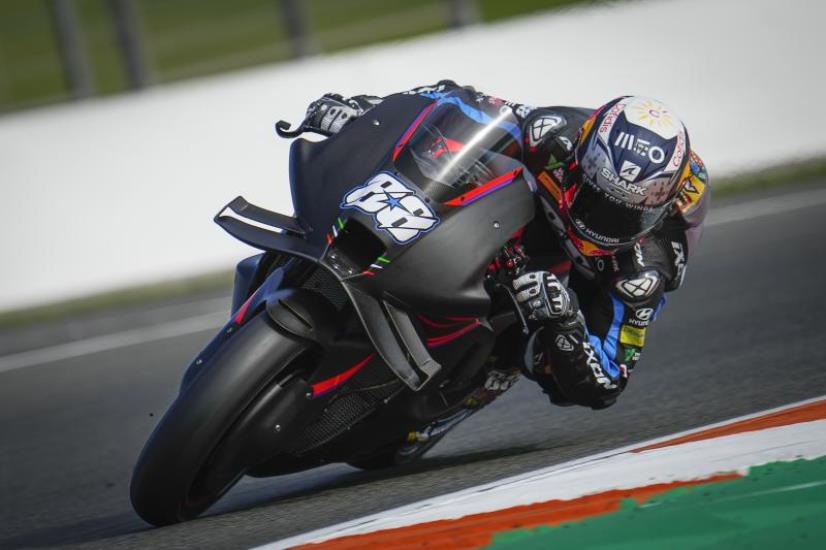 After enjoying their most successful season in MotoGP™, Aprilia Racing are aiming for greater heights in 2023 and work has already begun in the wind tunnel for the four riders competing on RS-GPs next season.

2022 race winner Aleix Espargaro and Aprilia Racing teammate Maverick Viñales have been in Cologne recently as the Noale factory goes in search of further aerodynamic innovations. The Spanish duo worked on the first 2023 RS-GP prototype in the wind tunnel, with the results and findings from the test set to shape how the bike looks when it’s rolled out at the Sepang Test in early February next year.

In addition, Aprilia’s two new recruits were also doing some important work in the wind tunnel. Miguel Oliveira and Raul Fernandez – both part of the new-look CryptoDATA Aprilia RNF MotoGP™ Team – were dedicating their time to aerodynamic fitting on the new bike. Oliveira was the fastest new bike debutant at the Valencia Test, while Fernandez was also pleased with how his first outing on the RS-GP went.

Elsewhere, Aprilia Test Rider Lorenzo Savadori has been busy at the Circuito de Jerez-Angel Nieto. The Italian completed two days of private testing on the 15th and 16th of November, notching up 134 laps in total to gather valuable data for the development of the 2023 challenger.

Having made a giant leap in 2022, Aprilia will be hoping 2023 is another step forward. The Sepang Test will give us an indication as to where the Italian marque is at with the updated RS-GP.