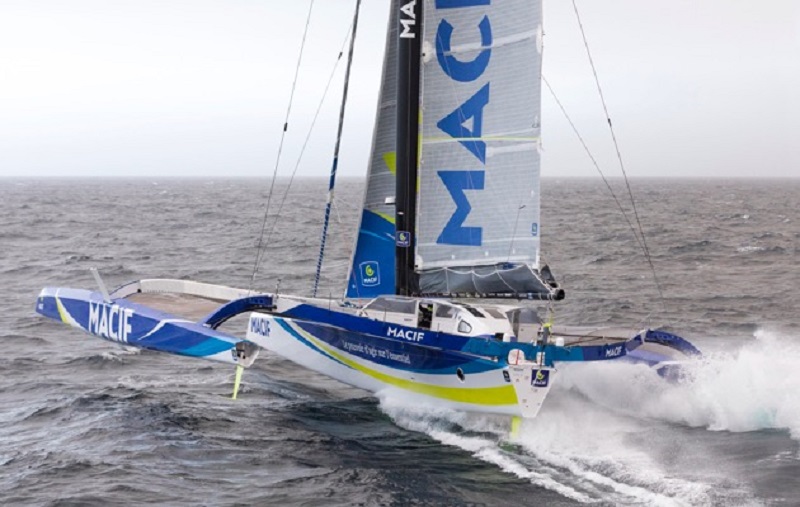 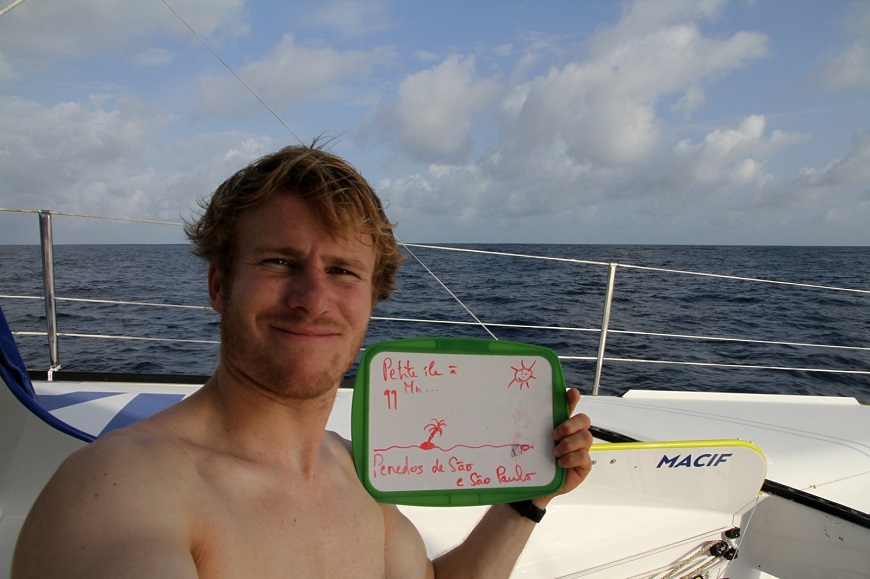 Frenchman Francois Gabart smashed the world record for the fastest non-stop solo navigation of the globe on Sunday, completing the mammoth feat in 42 days, 16 hours, 40 minutes and 35 seconds.

The 34-year-old sailor crossed a virtual finish line between the island of Ushant off France’s northwest tip and Lizard Point in southwest England at 0145 GMT, comfortably beating the previous record set by compatriot Thomas Coville last year by six days and 10 hours.

Moments before crossing the finish line Gabart, a father of two and engineer by trade, sent out an emotional video showing his boat’s progress on a computer monitor.

“The little blue is us, the red line is the finish. We should cut it soon, the computer says 30 seconds,” he said, wiping his eyes.

The race time was announced by an observer from the World Sailing Speed Council but will be subject to checks of the boat’s black box and its GPS data before final confirmation.

Gabart becomes just the fourth title-holder for a world record of sailing the globe solo without stopping.

Huge leaps have been made in that time — since the record was first set in 2004, nearly 30 days have been shaved off.

The debut record holder was Frenchman Francis Joyon who completed the odyssey in 72 days and 22 hours.

British female sailor Ellen MacArthur took to the seas a year later, racing against the clock to break that record by just a day and a half (71 days, 14 hours).

She remained undefeated until 2016 when Coville set a new record of 49 days and three hours which many predicted would be difficult to topple.

But Gabart’s 30 metre (98 foot) long new generation MACIF maxi-trimaran comfortably carved its way through the waves and into the record books.

Helped by good weather throughout much of the voyage, particularly during the long and arduous Pacific section, it clocked up speeds of up to 35 knots (65 kilometres an hour).

He set a number of new solo race records along the way, including the fastest navigation of the Pacific (7 days, 15 hours, 15 minutes) and the longest distance covered in 24 hours (851 miles or 1,576 kilometres).

Gabart first circumnavigated the world during the 2013 Vendee Globe race — which he won. He immediately set his sights on breaking the solo non-stop record.

“He’s an incredible strategist. He already showed that during the Vendee Globe,” he told AFP.

Of the four solo record holders, Gabart is the only won to have also won a competitive round the world race.

“It only confirms that he is talented, that he works hard and leads each project,” said Guillaume Combescure, one of the engineers who worked with Gabart.

“He has shown that dreams are a great motivator, that anything is possible,” he added.-Agence France-Presse