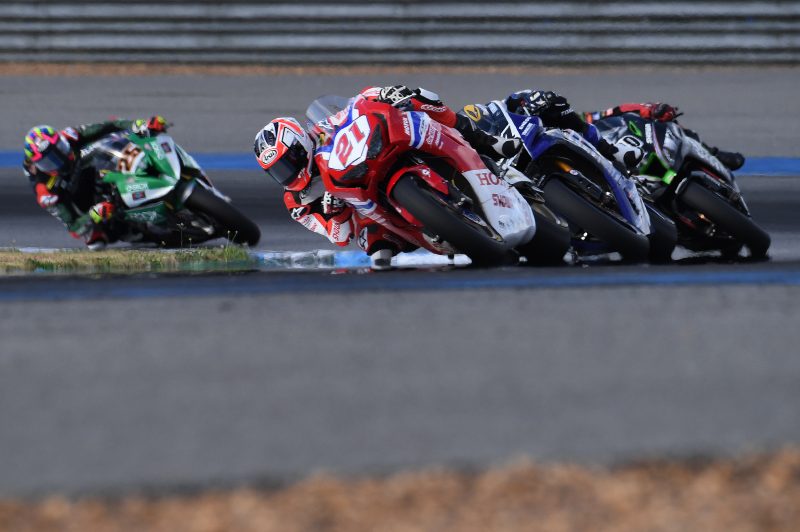 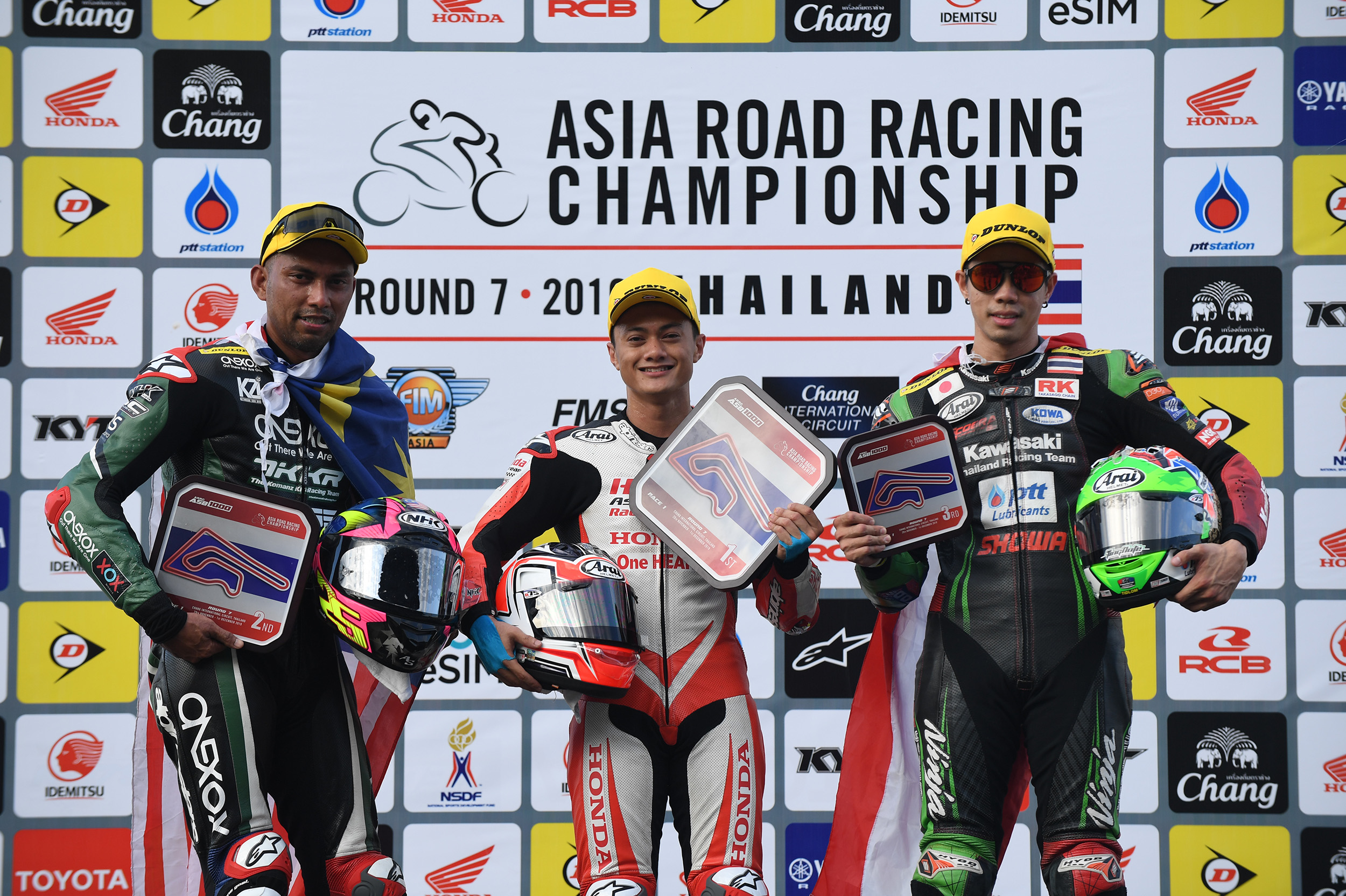 The drama in the FIM Asia Road Racing Championship’s premiere class took an unprecedented turn when neither championship leader gained the psychological advantage of a pole position start. Instead, the coveted pole fell into the hands of Mohd Zaqhwan Zaidi (Honda Asia Dream Racing with SHOWA).

A solid start by Zaqhwan placed him nominally in control but Zaqhwan lost position to a rapidly charging Apiwat Wongthananon (Yamaha Thailand Racing Team) at the end of the first lap. The two riders swapped places at the front until Zaqhwan was able to gain full control on Lap 5.

On the same lap, the title chase was turned on its head when Broc Parkes crashed out at the infamous Buriram last corner. The Australian rider rejoined the race in last place, a minute down from the rest of the group.

While Broc gamely tried to make up for lost ground, Zaqhwan was riding smooth and steady at the front of the group. The riders looked to be locked in position with Zaqhwan leading Apiwat and Azlan until the last lap when Apiwat crashed out of P2.

Zaqhwan went on to win the race with 20’56.778s. Azlan in second and Thitipong third made it a Honda-BMW-Kawasaki podium in Race 1. Further down the group, Broc kept his title hopes alive when he picked up four points from P12.

With the gap between Broc and Azlan now narrowed to only three points, the stage is set for a showdown in the final race on Sunday.

Elsewhere in the SuperSports 600cc class, Adam Norrodin delivered a fitting swan song as the SIC Junior ZK Racing Team bows out of the Asian series next year. After trailing Peerapong Boonlert and Kasma Daniel Kasmayudin for 11 laps, Adam finally put the hammer down on the final lap and raced to the finish line in first place with 19’58.355s.