Home 2022 Asian stars Im and Kim fired up ahead of WGC-Dell Technologies Match... 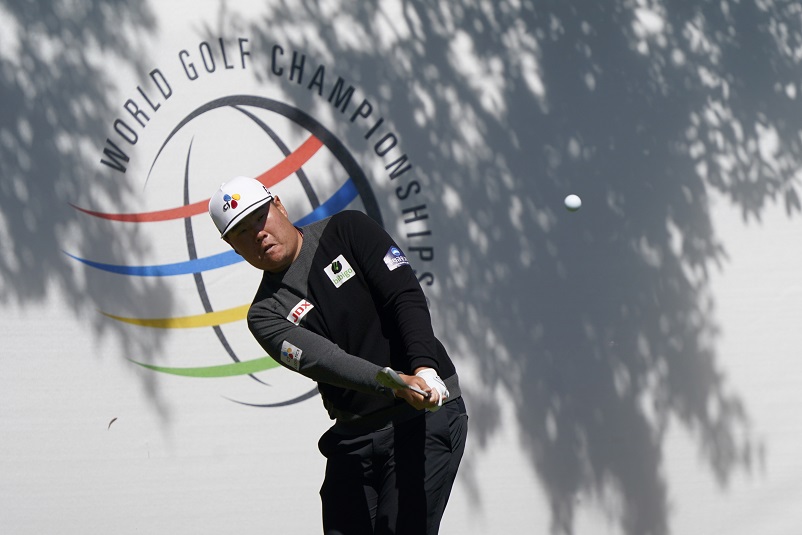 Korea’s birdie machine Sungjae Im and Si Woo Kim will tee up in the World Golf Championships-Dell Technologies Match Play with every intention of ending Asia’s winless run at the US$12 million showpiece.

Since the tournament’s inauguration in 1999, the best finish by an Asian golfer was achieved by Toru Taniguchi of Japan when he finished third in 2001 after he beat Ernie Els in the consolation match in Australia.

In recent years, another Japanese, Hideto Tanihara, finished fourth after a gallant run in 2017 at this week’s venue, the Austin Country Club while Korea’s K.J. Choi (2008), Y.E. Yang (2011) and Thai duo Thongchai Jaidee (2010) and Kiradech Aphibarnrat (2018) were all quarter-finalists.

With the Presidents Cup scheduled at Quail Hollow in Charlotte, North Carolina in September, Im and Kim are also looking to put on a strong showing in Austin to validate their places in the International Team.

Kim, a three-time winner on the PGA TOUR, said this week’s WGC-Dell Technologies Match Play offers him a perfect opportunity to improve on his current 14th place ranking on the International Team standings. The top-8 will earn automatic qualification, with Captain Trevor Immelman making four picks.

This will be Kim’s fifth appearance at the Match Play, with his best finish being in 2018 when he progressed into the fourth round. He is excited to switch into match play mode which often rewards aggressive play. He faces Daniel Berger on Wednesday in his opening Group 13 match before taking on Tyrell Hatton and Christian Bezuidenhout in the following two days.

“Stroke play has more stress as you have to keep your focus throughout a round. Match Play is like, on some holes, you can quit. I feel it’s less stress. It’s more fun I think as you can be aggressive and I like to play aggressively. You have to stay patient in your match and wait for opportunities,” said Kim.

The match play format seems to fit nicely into Im’s approach to the game. He has shot the most birdies on TOUR for the past three seasons and holds the total birdies record of 498 in a single season set last year. He was drawn into Group 4 with 2021 FedExCup champion Patrick Cantlay, Keith Mitchell and Seamus Power, whom he faces in his opening match on Wednesday.

“I thinks I could play well this week and enjoy this tournament,” said the two-time PGA TOUR winner and the current eighth ranked golfer on the FedExCup standings.

Im exited the group stage in his debut last year following one win and two losses but is a big fan of match play following an eye-catching Presidents Cup debut in 2019 where he amassed 3.5 points for the International Team at Royal Melbourne. He scored two fourball matches wins against Cantlay in Australia and lost a foursomes match to the American.

“For Stroke play, it is like a long race but match play is like a 100m sprint. We can be more aggressive and change our game plan during a match especially when your opponent makes a mistake. We need to focus and make quick decisions on every hole. That is a huge pressure,” said the Korean, who is currently third on the International Team standings.

“I saw grouping, and found Cantlay, Power and Mitchell. I think that it would be very interesting I will compete against FedExCup champion. I hope I will have a good result and will do my best to beat the champion,” added the Korean star.