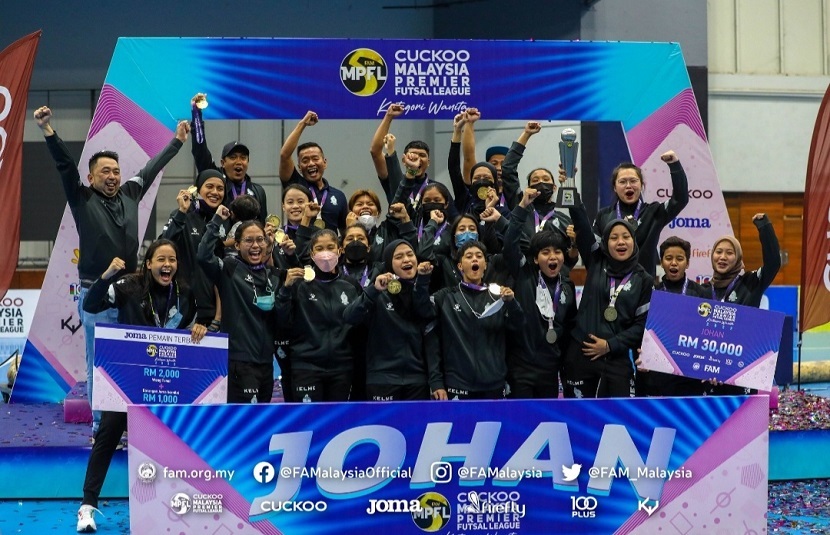 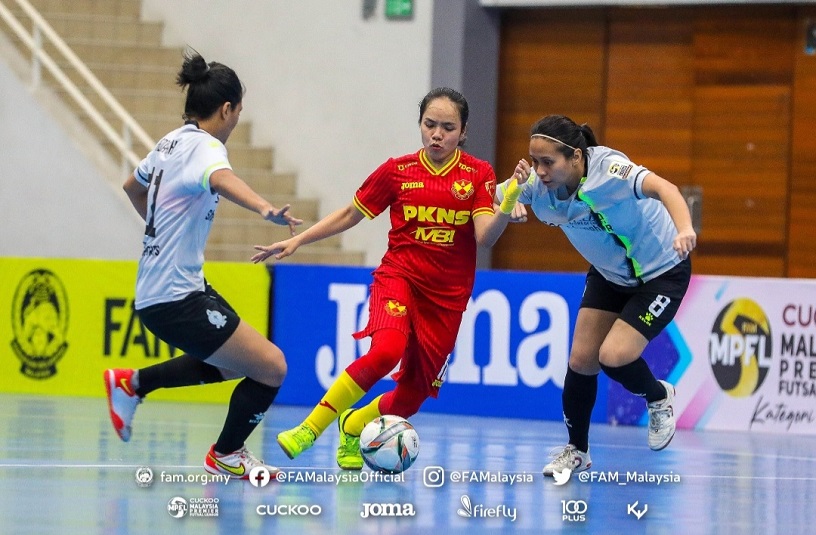 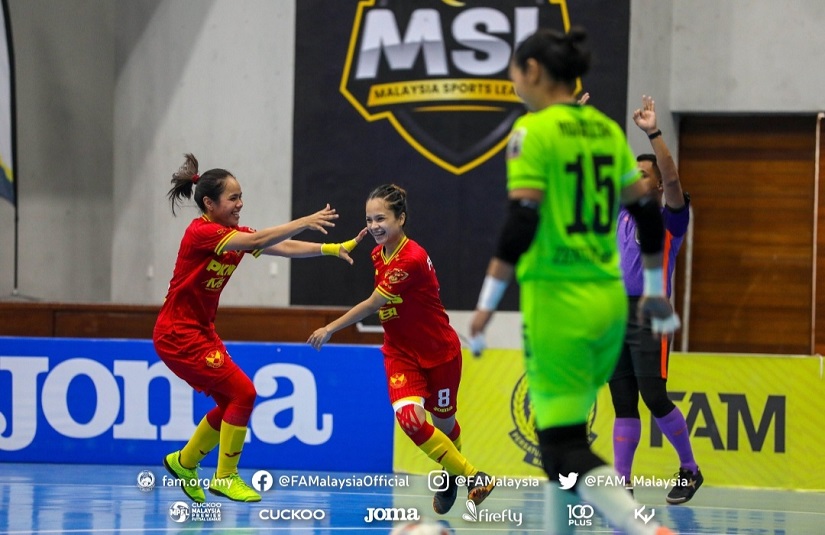 A late goal from Nur Syafiqah Zainal Abidin gave Melaka the crown in the 2022 Cuckoo Malaysia Premier Futsal League (MPFL) Women’s Division following their 3-2 win over Selangor MBSJ in their final game of the season earlier today in Shah Alam.

In the battle between the top two teams in the league, it was MBSJ, who took the lead early in the second minute through Farahiyah Muhamad Ridzuan before Melaka replied two minutes later off Siti Asnidah Zamri.

Melaka surged 2-1 in front at the half when MBSJ’s Norhawa Md Yasin conceded an own goal in the 17th minute of play.

While MBSJ’s Nur Shazreen Munazli managed to draw level at the half-hour, Nur Syafiqah would have the final say in the match when she slotted home the winner a minute to the end. 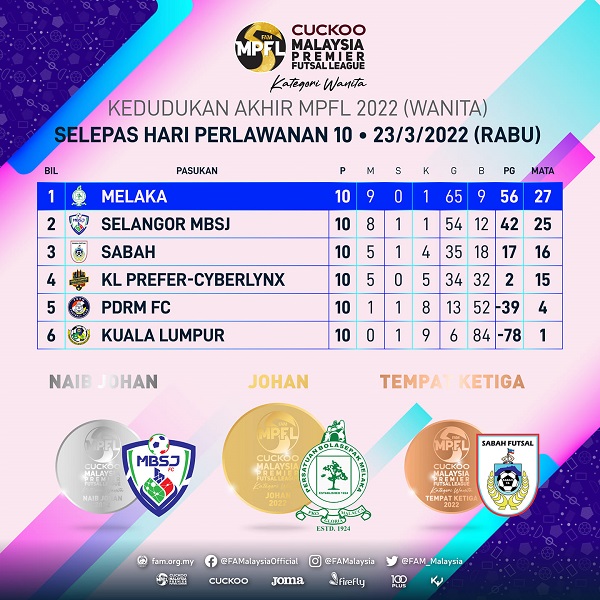