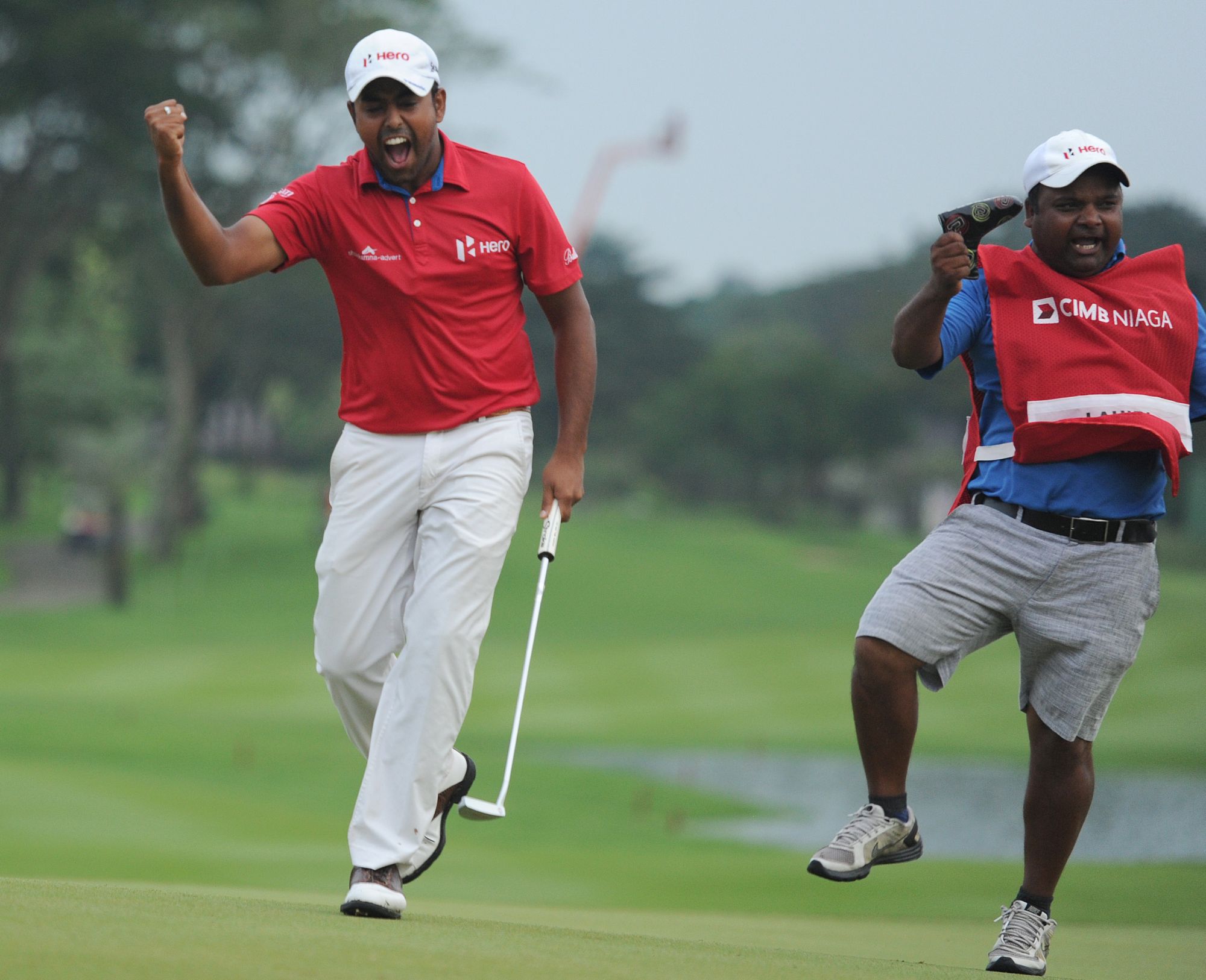 Lahiri, 26, produced a magnificent eagle on the 72nd hole to win the CIMB Niaga Indonesian Masters by one shot while the 22-year-old Noh, winner of the 2010 Asian Tour Order of Merit, claimed a breakthrough victory on the PGA Tour at the Zurich Classic of New Orleans.

With the likes of reigning Asian Tour number one Kiradech Aphibarnrat of Thailand, India’s Gaganjeet Bhullar, Bangladeshi Siddikur Rahman and emerging talents Nicholas Fung of Malaysia and Korea’s Baek Seuk-hyun still in their 20s, Han, himself a former Asian number one, is very excited about the future.

Han hailed Noh’s victory as the young Korean cut his professional teeth on the Asian Tour in 2008 where he was Rookie of the Year before going on to become the youngest ever player to win the prestigious Order of Merit two years later at the age of 19 years old.

He was also delighted to see Lahiri bag his fourth Asian Tour title in Jakarta and his first outside of India over the weekend.

“It is rewarding for us to see Noh winning his first title on the PGA Tour. He is one of our most talented products and we are delighted for him and his family. Noh joined the Asian Tour as a prodigious young talent and left a lasting impression in his four seasons with us before enjoying success in the US,” said Han.

Noh became only the third Korean after K.J. Choi and Y.E. Yang, both Asian Tour honorary members, to win on the PGA Tour and Han believes the youngster can go on to become a regular contender on the world stage, including at the 2016 Olympics in Rio de Janeiro.

“Both Choi and Yang sharpened their games in Asia during their early years as a professional before becoming world-class stars. They have certainly paved the way for the likes Noh to follow in their footsteps,” said Han.

“There are now so many young and great talents coming out from the Asian Tour that we are all very excited about the future of the game here.

“Anirban produced a fantastic victory at the CIMB Niaga Indonesian Masters to claim his fourth win on the Asian Tour after a thrilling battle with many other young guns such as Kiradech, Baek and Australian newcomer Cameron Smith which delivered such an exciting finish to the tournament. I have every confidence that players like Kiradech, Gaganjeet, Sididkur, Baek and Fung, just to name a few, will also become very successful on the international stage.

“Over the years, we have enjoyed watching our players like Thongchai Jaidee, Jeev Milkha Singh and Arjun Atwal winning in Europe and the US and it is really exciting for us to see a new crop of young players showing that they are also capable of winning anywhere around the world.

“It is a great reward for those associated with the Asian Tour as one of our goals is to produce world-class talents,” added Han.

Han said that Asia’s magnificent draw with Europe in the inaugural EurAsia Cup presented by DRB-HICOM in Malaysia last month was also another significant milestone which reinforced the growing standard of the game in the region.