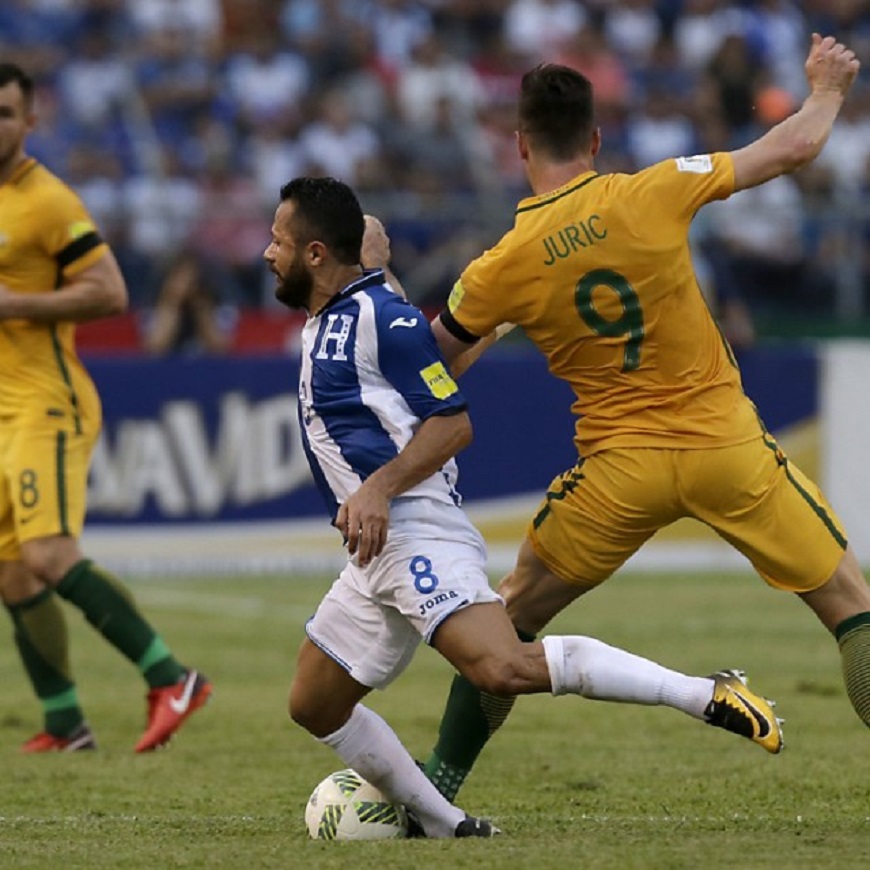 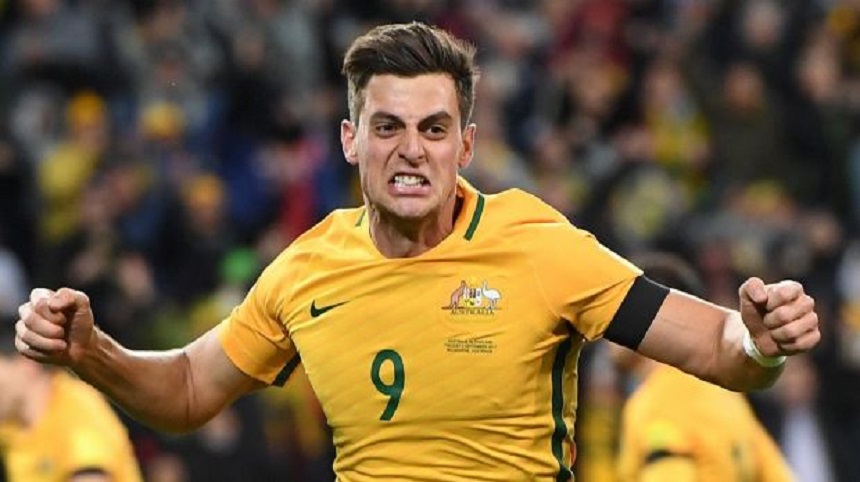 Australia edged closer to a place in the 2018 World Cup finals on Friday after grinding out a hard-fought 0-0 draw with Honduras in their Asia-CONCACAF playoff.

Socceroos striker Tomi Juric missed golden chances in each half as the Australians dominated a physical Honduras side without managing to find a precious away goal at the Estadio Olimpico Metropolitano.

Despite speculation that veteran striker Tim Cahill could feature after a recent ankle knock, the Australian record scorer remained on the bench throughout.

Cahill’s cutting edge was sorely missed as Juric butchered a one-on-one chance in the first 45 minutes before squandering a free header in the second half.

Australia had the better of a tense first-half, with Huddersfield’s Aaron Mooy dominating midfield and keeping the Socceroos on the offensive.

The visitors survived an early scare however when only a last-ditch tackle from Trent Sainsbury denied Carlos Lanza.

Australia continued to create the better chances though, with Massimo Luongo forcing a low block from Honduras goalkeeper Donis Escober after a fine surging run.

The Australians also had strong shouts for a penalty in the 22nd minute when Escober bundled over Bailey Wright in the penalty area after a looping header flew over.

Italian referee Daniele Orsato consulted his linesman but after a brief delay ruled no foul had occurred.

Honduras’ only chance of note in a disappointing first-half display was a header from Lanza from Romell Quioto’s cross that flew wide of goalkeeper Maty Ryan.

Otherwise it was all Australia, with Jackson Irvine scooping a first-time shot over the bar in the 29th minute.

Five minutes later Juric missed a gilt-edged chance that had Postecoglou punching the air in frustration on the Australia bench.

A superb flick off the back of his heel took Juric clear of the Honduras defence, but with only Escober to beat, the Swiss-based FC Luzern striker pulled his shot wide of the post.

The ball appeared to bobble slightly on the uneven playing surface as Juric shot, but the Australian will feel he should have done better.

Another glorious chance went begging in the 54th minute when Josh Risdon picked out an unmarked Juric on the edge of the six-yard area.

But with the whole goal to aim at Juric directed his header straight at Escober who was able to parry away his effort.

Australia were given a late let off when Carlo Costly sprang the offside trap to go clear, but his shot was tipped over by Ryan.-Agence France-Presse