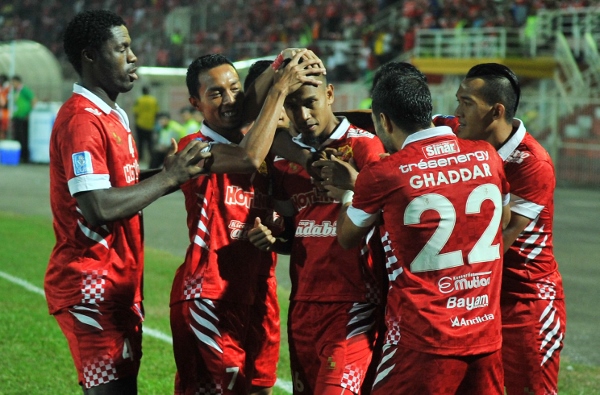 * Winds of change in Kelantan after poor start to the season

* Azraai was in Brazil when got text message from Annuar Musa

Highly respected local coach Azraai Khor Abdullah has embarked on another journey to the East Coast – this time to Kota Bahru to take over the reins of Kelantan as the new head coach to replace Dutchman Goerge Boateng who has been made the Kelantan FA’s technical director.

The winds of change in Kelantan were imminent after the Red Warriors won only two of the five matches in the Super League.and suffered embarassing back-to-back defeats at home – 4-0 to Police and 1-0 to Felda United. Incidentally Police and Felda earned promotion to the Super League after winning Premier League and runners-up respectively.

Kelantan defeated Armed Forces and Lions XII by 2-0 margins in their opening two matches. The whitewash by Police at home was followed by a scoreless draw against Perak in Ipoh before Felda inflicted more pain on the Red Warriors at the Sultan Mohd IV Stadium.

“I was in Brazil when I got a text message from Tan Sri Annuar and I had to cut short my stay in the land of ‘samba football’. I will report for duty on Wednesday (March 25) and only then I will know the details of my contract,” said Azraai from Alor Star.

Azraai revealed that he had gone to Brazil to visit Santos (where his idol Pele started his football career).

“I also visited Palmeires, Sao Paulo and Atletico Munires, all top football clubs in Brazil to watch their training and how they manage their teams. I learned what professionalism is all about in football. Azraai arranged the trip through a football agent friend.

“Football is in my blood and I am glad I took the trip at my own expenses. As a football coach I returned richer in experience and  learned some new points in my coaching career.”

The former international is Kedah’s most successful local coach when he led his homestate to win back-to-back treble (League, FA Cup and the prestigious Malaysia Cup) in 2007 and 2008. H was also twice (2008 and 2008) Coach of the Year in the annual 100PLUS-FAM National Football Awards.

He also had a stint with Negri Sembilan in 2011-2012) and won the Malaysia Cup and the Charity Shield with the Deer before he left to join Perak in 2013. His first stint in the East Coast was in 2014 before he quit in mid-season.

Azraai admitted that it is a “tough call” with the Red Warriors but he is ready to take up the challenge.

“The month of April will be tough as we will be facing the heavyweights of Malaysian football,” said Azraai, referring to Kelantan’s league matches against Terengganu (April 4, away), Pahang (April 11, home), Johor Darul Takzim, April 18, away), Selangor (April 25, away). In between Kelantan will face Sime Darby in the home and away FA Cup quarter-finals.

“Kelantan have experienced players and I hope to work on them to bring out the desired results. I am also not sure if there will be some new signings during the April transfer window. At this stage I will take a wait and see attitude and find out the shortcomings in the team.”

And Azraai’s parting shot was: “It’s good to be back in the main stream of Malaysian football.”

He will be calling the shots to check Kelantan’s slide in the M-League. The Red Warriors won a treble in 2012.