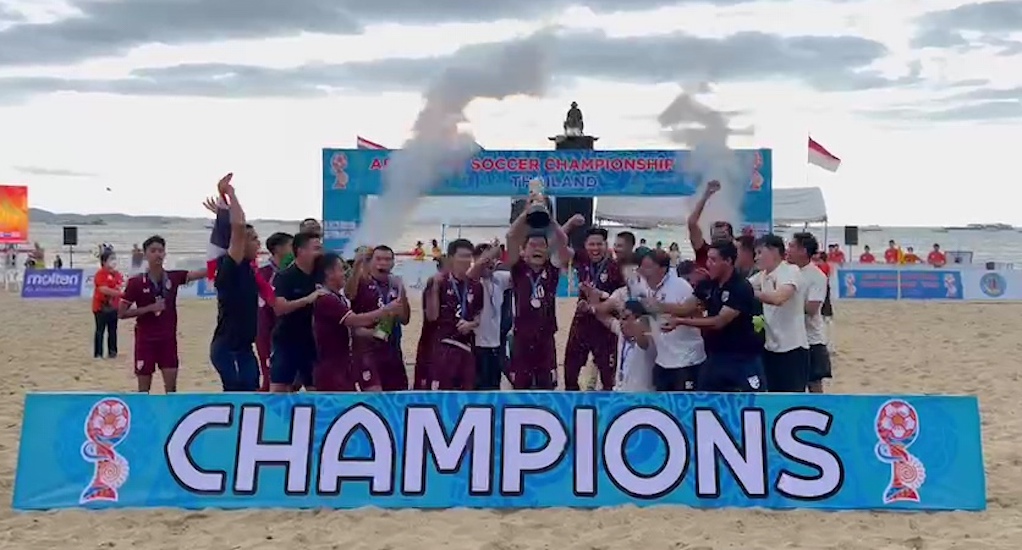 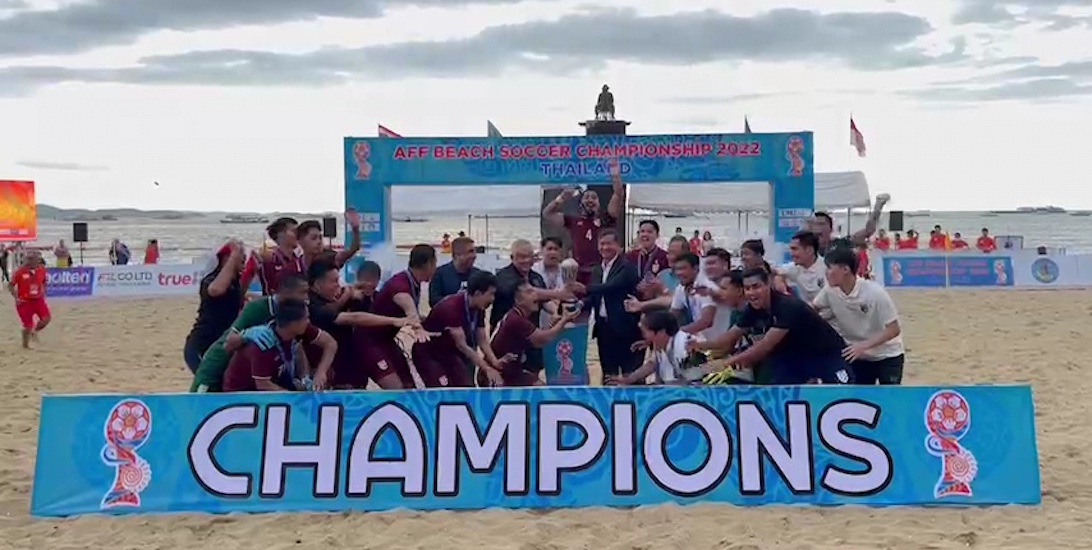 Thailand beat Malaysia 3-1 in their final round-robin tie earlier this evening to be crowned champions of the AFF Beach Soccer Championship 2022 in Pattaya.

Tanandon Praracha scored the opener after just six minutes before Komkrit Nanan then added the second goal three minutes later for the host to take a 2-0 lead at the end of the first period.

The Malaysians tried hard to tighten their game in the second period but would find themselves falling further behind in the 20th minute when Wuttinan Pruetong put the Thais in a more comfortable position.

As Thailand absorbed much of the pressure into the third period, the Malaysians finally carved out their first goal of the game in the 33rd minute through Mohammad Norizan.

But it came just a little late as Thailand lifted their third title in the history of the championship.

“The players played hard today and I have to commend them for their effort. It was a very difficult game against the home team,” said Malaysia head coach Wan Adremy Indera Wan Adnan.

“Naturally, we are very happy with the win today as all the players and staff worked hard for this win. We controlled the game, and look for the spaces. We also closed down the Malaysians quite well,” said Thailand head coach Settakornchai Chuenta.