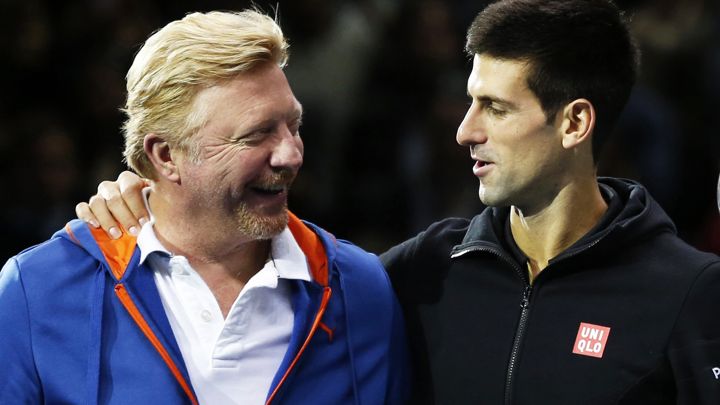 Murray persuaded United States-based Lendl to fly to London this week to start a second spell as the world number two’s coach two years after they parted ways.

The 29-year-old won Wimbledon, the US Open and an Olympic gold medal in his previous stint with Lendl and their reunion has been tipped to help Murray emulate that memorable period.

Since splitting with Lendl, Murray, who moved into the Queen’s Club semi-finals on Friday, has lost 13 of 15 meetings with Djokovic, including this year’s Australian and French Open finals.

But former Wimbledon champion Becker claimed he didn’t expect to see the pair get back together because Jamie Delgado, another member of the Scot’s coaching team, had been doing a solid job.

“I was a bit surprised I must say,” Becker told the BBC. “I think (Jamie) Delgado did a good job, Andy’s never played better on clay.”

Becker’s collaboration with Djokovic has elevated the Serb from merely a contender for the top prizes to thesport‘s preeminent force.

He completed his career Grand Slam by beating Murray at Roland Garros earlier this month and now holds all four of the major titles.

The success of German legend Becker and Lendl as coaches has convinced other former players to return to the game as advisors to current stars.

“I think it’s great for the game that stars like Ivan and John are back in it, and it’s good for the quality of the tennis,” Becker said.

“Let’s face it we do understand the game probably more than most, so everybody benefits.” – Agence France-Presse