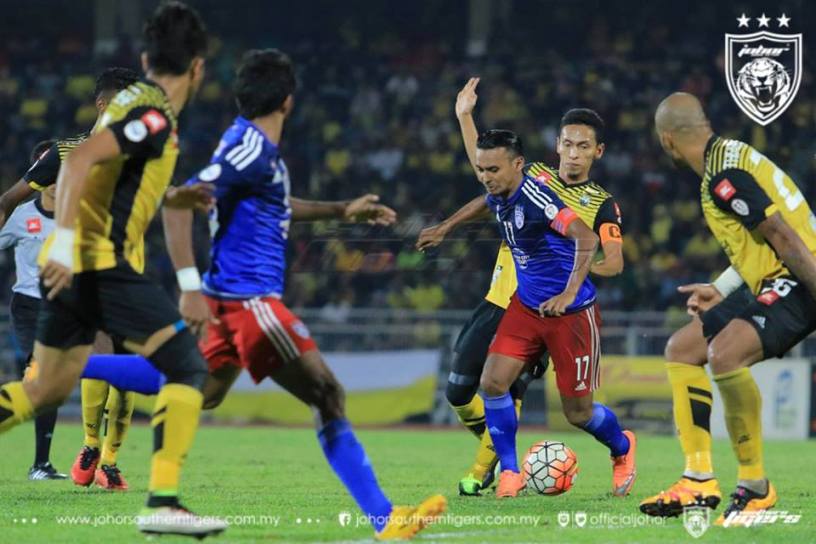 It was another round of Malaysia Cup surprises on Saturday night with Perak pulling off the biggest upset with a crushing 3-0 win over favourites Johor Darul Takzim (JDT) in a Group C match at the Perak Stadium in Ipoh.

In other upset results defending champions suffered another setback with a 1-0 defeat to Pahang at the Darul Makmur Stadium in Kuantan – the first win for the Elephants in three matches which rekindled their quarter-final hopes.

International Matthew Davies scored the all-important winner with a powerful header in the 31st minutes on a night when Kelantan maintained their place at the top of Group B after a 1-0 win over Kuala Lumpur.

A penalty converted by Blazhe Ilijoski in the 50th minute after Wan Zahrulnizam Zakaria was felled inside the box made the difference for the Red Warriors at the Sultan Mohd IV Stadium in Kota Bahru.

Kelantan have seven points after three matches while Selangor remained second on four points. K. Lumpur and Pahang have three points each.

JDT did not play their cards right in Ipoh and the big defeat could see the Southern Tigers left out of the knockout stages in the country’s oldest football competition. Perak have undergone a massive revival under shrewd German coach Karl Weigang.

The win kept Perak in second spot with six points after three matches with Police still on top with seven points after their 2-1 win over PKNS FC at the Shah Alam Stadium. JDT have two points and PKNS have one.

JDT’s embarassment in Ipoh started on 17 minutes with Xhevahir Sukaj on target before local boy Fazrul Hazli took over the scoring and netted a brace in the 43rd and 66th minutes. To add to JDT’s miserable night in Ipoh their national player S. Chanthuru was red carded on the hour mark for a foul on Pera’s Thiago Junior.

Police came back from a goal down to beat PKNS with goals by former Selangor player Guilherme de Paula in the 26th and 68th minutes after Matias Hadwa opened scoring for PKNS in the 10th minute.

Terengganu football took another beating when the Turtles surrendered a 23rd minute lead through Bogdan Milic and lost 2-1 to Negri Sembilan at the Sultan Mizan Stadium in Kuala Terengganu.

The visitors turned the tide in their favour when Goran Jerkovic netted a penalty in the 72nd minute before former Selangor player Afiq Azmi got the winner in the 79th minute.

Felda top Group D with six points while Negri also have six points but second on goal difference. Malacca and Terengganu have three points each.