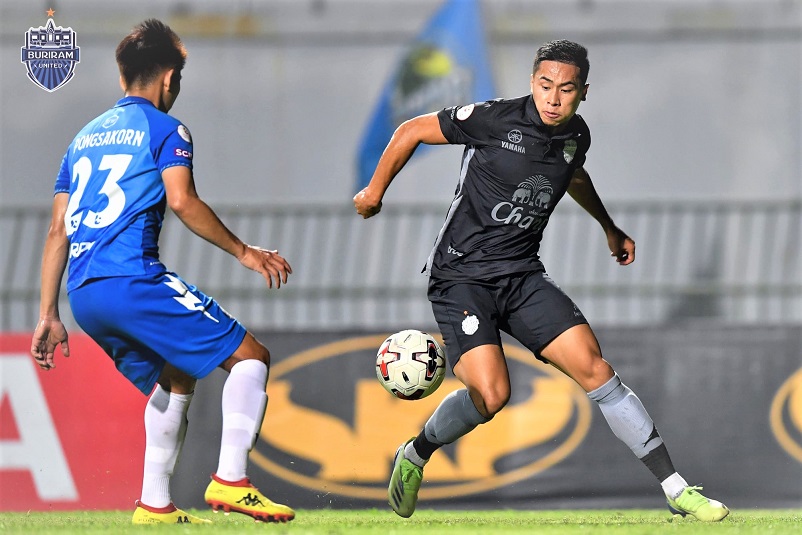 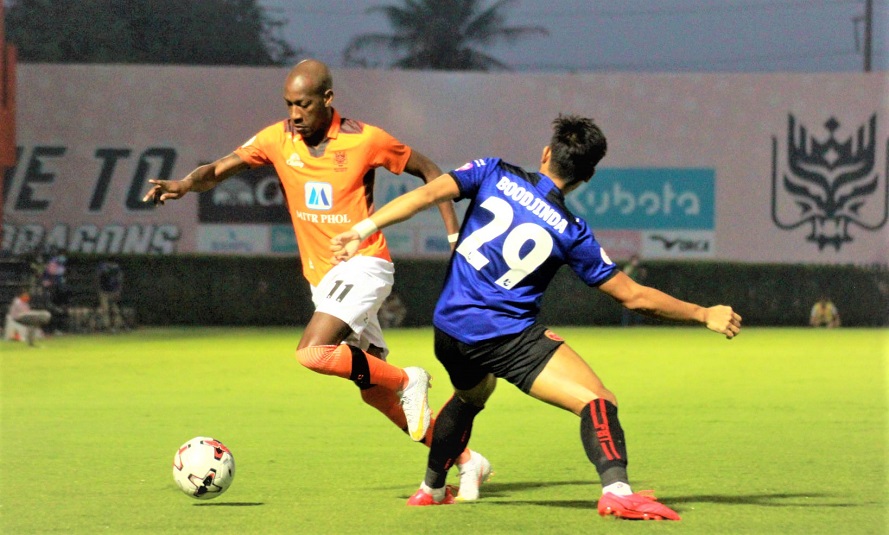 Buriram United were the big winner in mid-week as they strengthened their position in the top three of the 2020/21 Toyota Thai League 1.

A 5-0 win over Rayong FC on the road has given Buriram 35 points from 20 matches played as they maintained their position on third at the standings behind second-placed Port FC (40 points) and runaway leader BG Pathum (56 points).

An early goal from Piyaphon Phanichakul in the second minute set the tone for the visiting Buriram side as they then piled on the goals off Pansa Hemviboon (20th minute), Supachok Sarachat (52nd), Phanichakul (70th) and Chakkit Laptrakul (87th).

It was not only Buriram who won big as Ratchaburi FC walked off 4-0 at home over Police Tero.

Thai international Philip Roller got the ball rolling with the first goal of the game in the 14th minute to be followed by Sittichok Kannoo (42nd), Apiwat Pengprakone (44th) and Pathomchai Sueasakul (87th).

The win allowed Ratchaburi to move up to fourth from sixth in the standings. 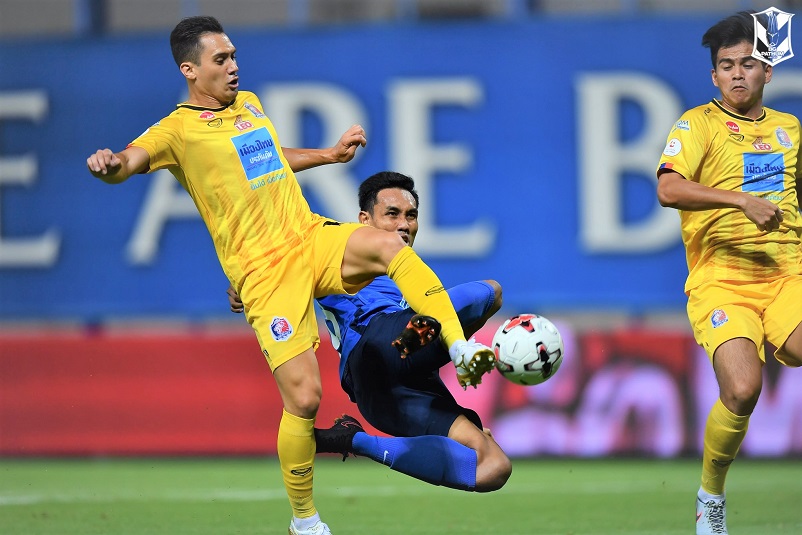 In the meantime, leader BG Pathum emerged victorious in the top-of-the-table clash when they edged Port FC 2-1.

Chenrop Samphaodi delivered the winning goal for BG Pathum four minutes to the end after Victor Cardozo (32nd) had cancelled out Port’s Ko Seul-Ki earlier goal at the half-hour mark. 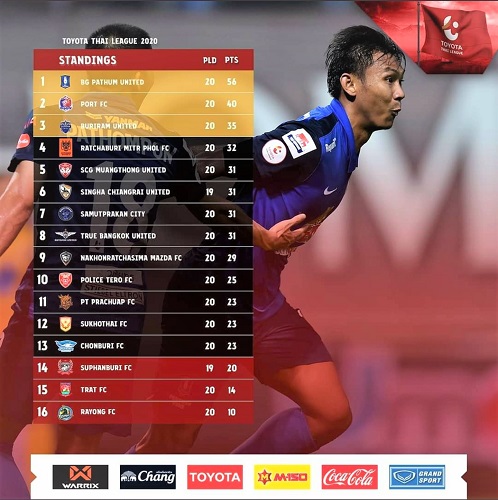