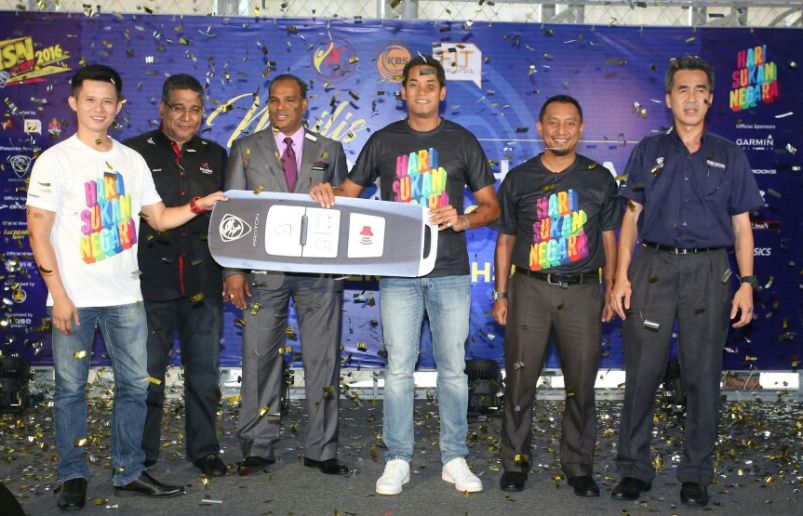 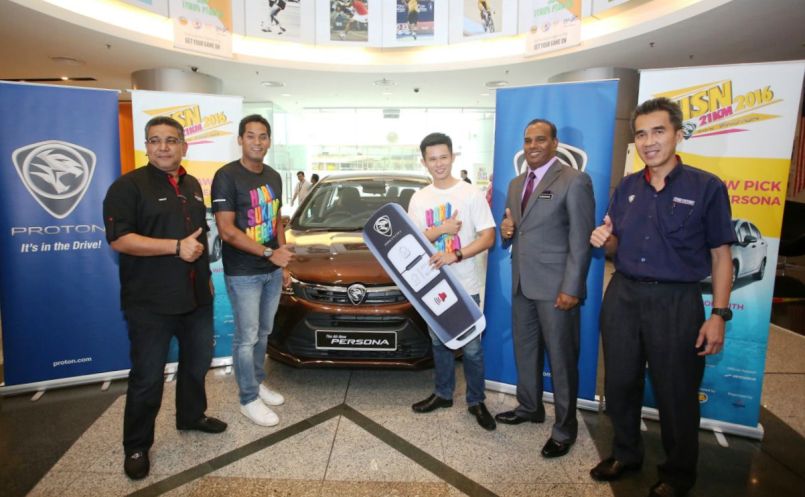 This year’s Hari Sukan Negara ended with a big bang as Minister for Youth and Sports Khairy Jamaludin gave away prizes for the #HSNChallengeyourself and also a lucky draw for the HSN21KM which saw a participant driving away with a brand new Proton Persona.

At the event which was held at the Menara KBS in Putrajaya, winners were declared for the weight loss competition and the body transformation category.

For the men’s division, the winner for the weight loss category went to Mohd Rabbani Mohd Baharin while Nor Fadzleen Sa’don came out tops for the women’s.

As for the winner of the body transformation, Ezzat Afiq Md Zubir Ansori took it home for the men while CW Normahiza CW Omar came on top for the women. The winners each received RM 5,000.

The biggest winner of the day was Lee Keng Seng, 29, who took home a brand new Proton Persona.

Keng Seng had taken part in the HSN21KM run which was held on 8 October.

” I never thought of winning in mind. I in fact didn’t want to join the HSN21KM at first,” said Keng Seng.

” I was actually replying to a customer complain when he ( Khairy Jamaludin ) called me. I actually thought it was a recording but then I realize it was not. It was amazing.”