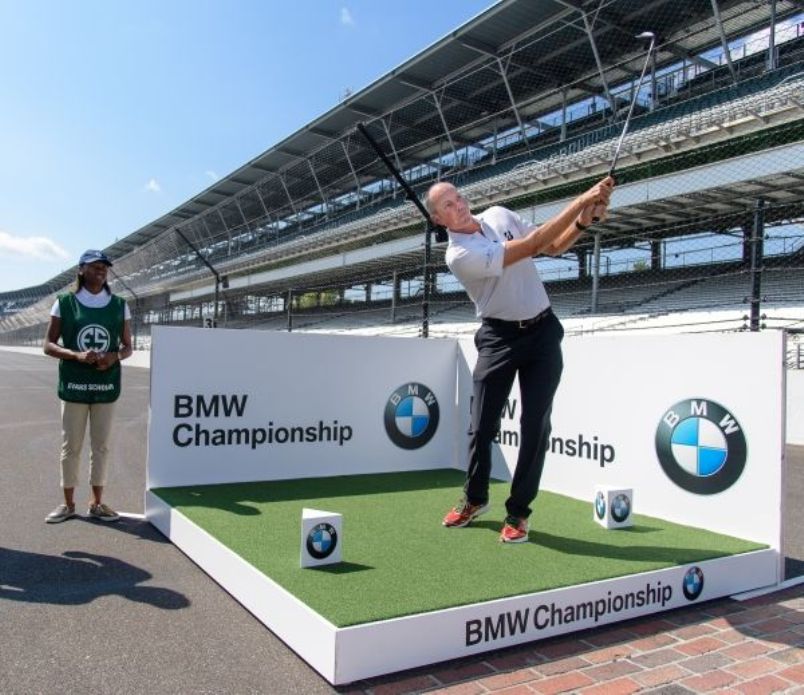 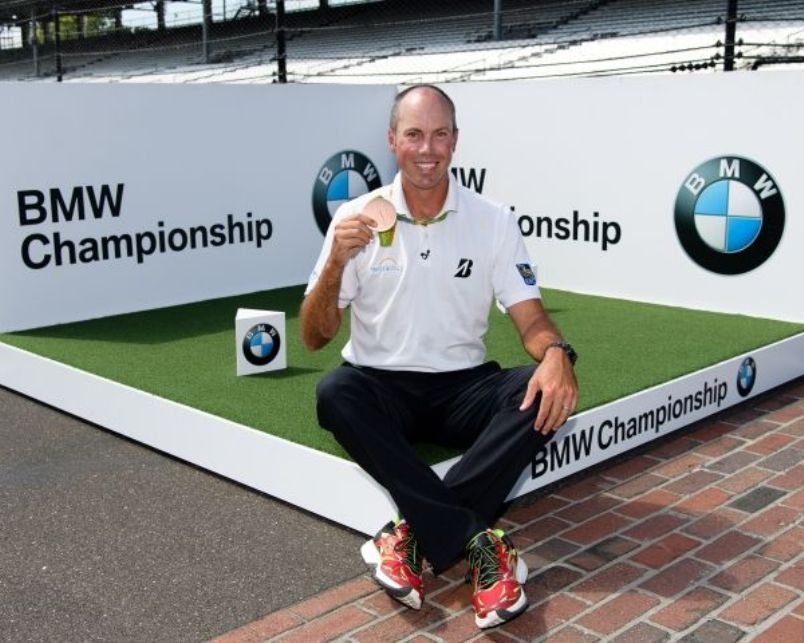 “The racing capital of the world”, that is how the Americans like to refer to Indianapolis. This week, the capital of the US state of Indiana will play host to a very different race – the race between the world’s best golfers for the FedExCup. The BMW Championship at Crooked Stick Golf Club (6th to 11th September), the third of four Playoff tournaments on the PGA TOUR, sees the top 70 pros do battle for the 30 places on offer at the season finale, the TOUR Championship. One of the main protagonists is American Matt Kuchar, who opened the BMW Championship at the iconic Indianapolis Motor Speedway on Tuesday.

Playing from a tee on the famous “Brickyard,”, the start/finish line made of bricks, the 38-year-old who finished third at the Olympic Games had two attempts to hole out on a green 100 yards away. This was a symbolic figure, as the BMW Group is celebrating its centenary this year. The number 17 in the world narrowly missed the hole, but Kuchar still thoroughly enjoyed the stunt at the Mecca of American motorsport.

“The BMW Championship is a fantastic tournament. There is always a lot of excitement about who is going to make it into the top 30 and remain in the race after this event,” said the current number 28 in the FedExCup rankings.

“Furthermore, the BMW Championship moves around to different courses each year – and they always pick some amazing golf courses. From a cultural point of view, it is great that the BMW Championship does change venue each year. This year we are in Indianapolis, and it is nice to see what this city is all about. The Indianapolis Motor Speedway is a big part of it, and it is a thrill for me to be here. This facility is huge. I can’t wait to get in the car and check the track out.”

In keeping with racing tradition in Indianapolis, the golfing action was followed by a sip of milk, before Kuchar took to the famous oval circuit at the wheel of a BMW M3.

“Kuuuch”, as he is cheered on enthusiastically by his many fans at golf courses all over the world, raised 10,000 US dollars for the Evans Scholars Foundation. The foundation, which offers caddies college scholarships, will receive all proceeds from the BMW Championship. Since 2007, when BMW became title partner of the tournament, more than 21 million US dollars have been raised for this good cause.

Over the course of the tournament week, the Evans Scholars Foundation will have another chance to pick up a cheque for 100,000 dollars from BMW, should one of the pros manage a hole-in-one. The players themselves also have the opportunity to benefit from an ace: the first hole-in-one on the 13th will be rewarded with a BMW M760i xDrive, whilst the new BMW M2 is up for grabs for the first player to achieve the same feat on the 17th hole.