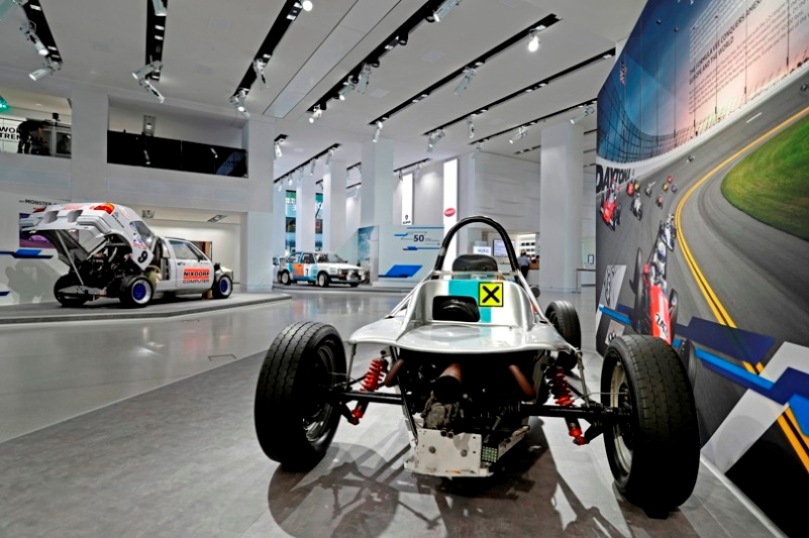 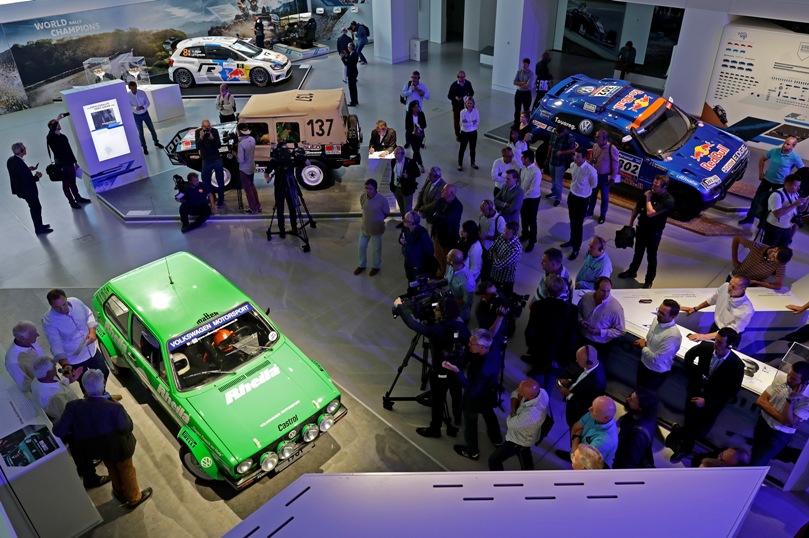 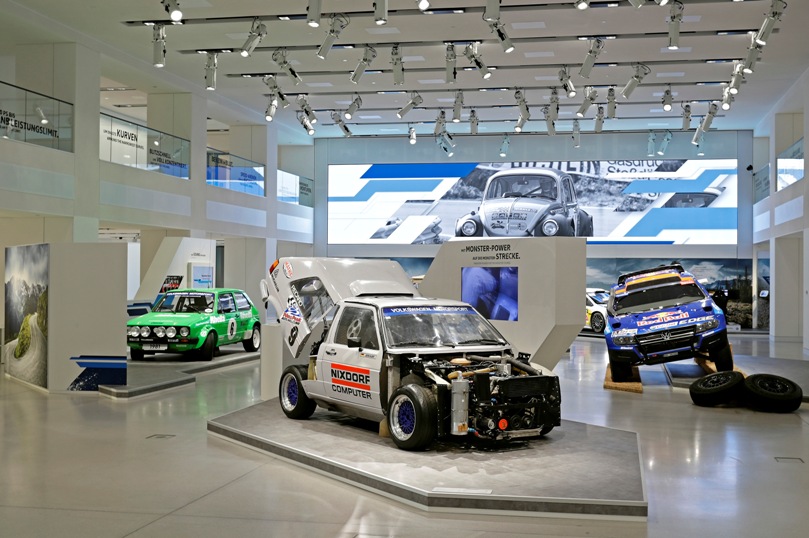 Around 100 guests celebrate opening of the anniversary exhibition

Half a century and counting – the special exhibition celebrating Volkswagen Motorsport’s 50th anniversary was officially opened in Berlin on Wednesday.

Legendary reporter Rainer Braun (D) and Patrick Simon (D) – racing driver and commentator – hosted the atmospheric opening of the retrospective. Braun, who was part of the driver line-up when Formula Vee made its German debut at the Norisring in 1965, entertained the 100 or so guests with plenty of anecdotes. The special exhibition is open until 30 Octoberin Friedrichstraße/Unter den Linden – entry is free.

History and modern era: from a Formula Vee single-seater to the Polo R WRC

Real one-offs are under the spotlight at the exhibition: from a Formula Vee single-seater from the sixties, with which Volkswagen started their motorsport history, to the 2013 edition of the Polo R WRC, with which Sébastien Ogier and Julien Ingrassia (F/F) won all three titles in the FIA World Rally Championship (WRC) for Volkswagen for the first time.

There are also rarities to marvel at, such as Kleint’s twin-engine Golf for the legendary Pikes Peak race, the bright green Rheila-Golf, the Iltis that was victorious at the 1980 Rally Dakar, as well as the Group A World Rally Championship-winning Golf from 1986. Also at the exhibition: the Race Touareg 3, with which Nasser Al-Attiyah (Q) and Gottschalk won the 2011 Rally Dakar, as well as a current Golf GTI TCR from Volkswagen’s successful customer racing programme.

Informative and interactive: compete against the World Rally Champion in a driving simulator

Informative insights into the areas of teamwork, technology, sound, service, adventure and success make the fascination of motorsport a tangible, palpable experience for visitors. Interactive exhibition elements bring the world of motorsport to life for guests: as well as a slot car track there is a driving simulator, in which visitors have the opportunity to compete against the time set by Sébastien Ogier and compare themselves with the three-time world rally champion.

Sven Smeets, Volkswagen Motorsport Director
“Five decades in motorsport – Volkswagen can look back on a long history, which has always included exciting chapters in the world of rallying. The many fascinating cars, from the Formula Vee single-seater and Dakar Iltis to the Polo R WRC, demonstrate the sheer scope of this history. They also bring to life the huge development process undergone by our current WRC team, as well as the passion and professionalism behind its success. This exhibition is a real treasure trove for motorsport fans and anyone who enjoys extraordinary technical solutions.”

Sébastien Ogier, three-time world rally champion with Volkswagen
“I really like the exhibition. It is a great gift to mark a big anniversary for Volkswagen Motorsport – particularly for the visitors. There is something for everyone, from a driving simulator to fascinating themed areas. I find it particularly interesting to compare the rally cars. It is impressive how much the 1986 Golf differs from our world championship-winning Polo and how far the technology has come in recent decades.”