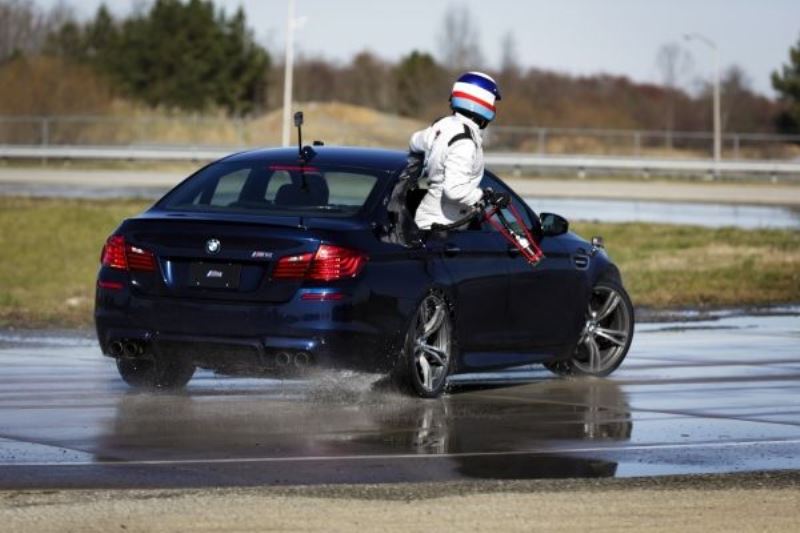 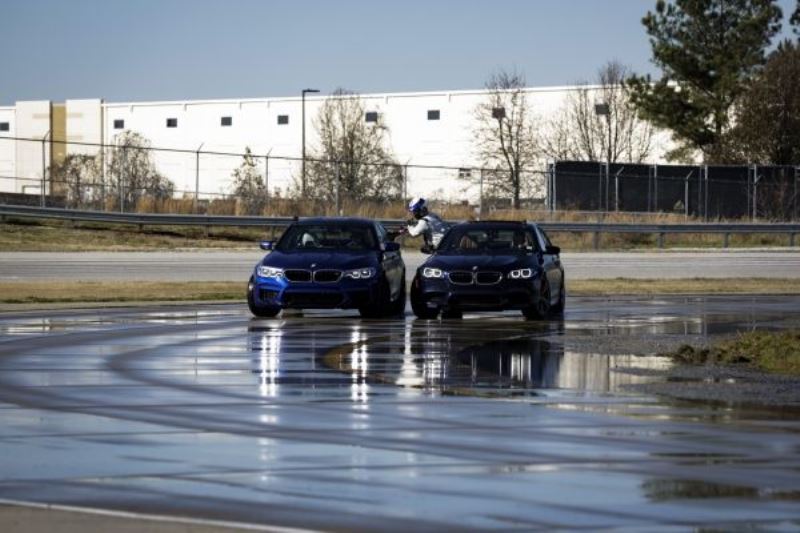 A custom-built refuelling system developed by BMW in collaboration with the North Carolina-based company Detroit Speed made it possible to drift continuously without a break for the full eight hours as required by the GUINESS WORLD RECORDS.

This enabled the BMW M5 to be refuelled during the drift in the same way that fighter jets can refuel in mid-flight – though in this case the operation was performed by hand: a second BMW M5 driven by the Chief Driving Instructor of the BMW Performance Center, Matt Mullins, accompanied the record-breaking M5.

Mullins adapted to Schwartz’s drifting speed, allowing Matt Butts of Detroit Speed to carrying out the refuelling operation, secured by a safety tether that permitted him to straddle the space between the two moving vehicles by leaning out of the rear window of the second car.

“Although we practised the refuelling several times before the GUINNESS WORLD RECORDS title attempt, there was very little margin for error,” said Butts. “We’re very excited to have played a part in Johan and BMW recapturing this record.”

A second GUINESS WORLD RECORD was awarded for the longest twin vehicle water-assisted drift: Schwartz and Mullins drifted together for one hour, covering a total of 49.25 miles (79.3 kilometres).