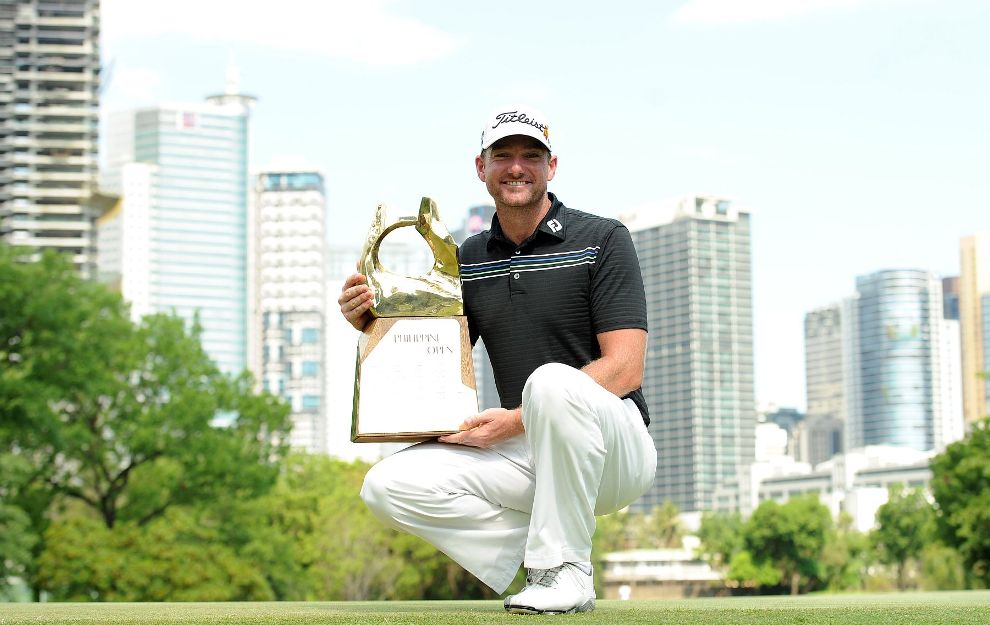 Marcus Both of Australia secured an emphatic victory at the ICTSI Philippine Open on Sunday, to revive his career after thinking of quitting the game last year.

The towering Aussie, who lost his Asian Tour card last year for the first time since 2003, posted a two-under-par 70 for a winning total of six-under-par 282 at the US$300,000 Asian Tour event.

Overnight leader Chan Kim of the United States battled tooth-and-nail for his first Asian Tour victory before settling for a share of 10th place following a round of 76 at the Wack Wack Golf and Country Club.

Both was almost reduced to tears after winning his third Asian Tour title and ending a five-year title drought on the region’s premier Tour. The victory was even sweeter as the Australian lost his playing rights last year and had to rely on a sponsor’s invite this week.

“It was an emotional year on and off the golf course after I lost my Tour card. I had to return to Qualifying School earlier this year and I missed the cut by one shot. It was so bad that I even thought of quitting the game,” said the 34-year-old Both, who won US$54,000.

“Words can’t describe how it feels from being an invite to a winner this week. I have to thank ICTSI and the Asian Tour for giving me the invite. To come away with the trophy is amazing. I’m a bit lost for words,” he added.

After turning in 34, Both needed to make a huge 20-foot birdie putt on 15 followed by a short birdie on 16 to take a three-shot lead. He bogeyed the last two holes and admits that he was lucky to hold on to victory as his closest competitors failed to take advantage.

“I didn’t let off in the last two holes. I gave it full commitments there. Strange things have happen in golf and I’ve seen people hole second shots on the last to win. You just have to hope that it doesn’t happen to you!

“I hit my putt on 15th a bit too hard but it went in! I gave it a bit more speed than what I had intended too. Then I hit one of my best swings (four iron) on 16 and the wind died when I needed it too. Those two holes gave me some momentum,” Both explained.

Siddikur, the first Bangladeshi to play and win on the Asian Tour, birdied holes two, three and seven but struggled to keep pace as he returned with 11 straight pars.

“I’m very happy with my round because it was bogey-free. I’m not happy with my putting but I still managed to escape from making errors. I was confident I could win this event but I didn’t putt too well on the second and third day. This is all part of golf and we learn from it,” said Siddikur, a two-time Asian Tour winner.

Korean-American Kim, winner of the 2013 Asian Tour Qualifying School, cut a forlorn figure after missing out on his first Asian Tour victory when he traded three birdies against four bogeys and one triple bogey on the 18th hole.

“I didn’t play too bad but I missed a lot of putts inside of 10 feet. It is just something that I need to learn from. I just need to stay patient and not force the issue of winning. I missed the cut here last year and now I finished top-10. That’s a big improvement so maybe I will get the win next year! said Kim.

Scores after round 4 of the ICTSI Philippine Open 2014 being played at the par 72, 7222 Yards Wack Wack GcC course (a- denotes amateur):