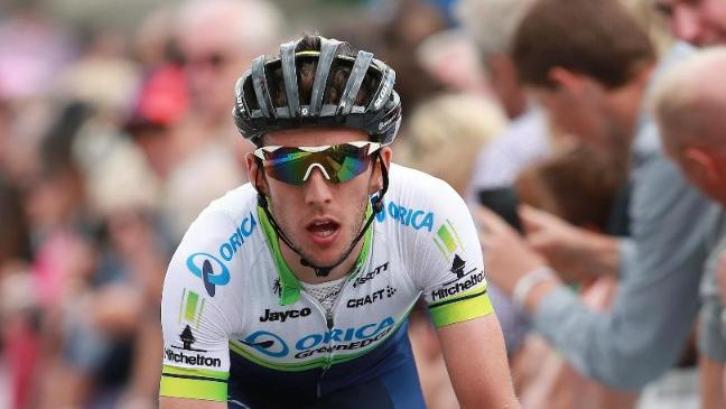 British cyclist Simon Yates has not been suspended for failing a drugs test at the Paris-Nice race in March, with his Australian team Orica-GreenEdge Friday blaming an “administrative error” during treatment for asthma.

News of Yates’s failed test came with British Cycling already in turmoil over the resignation this week of technical director Shane Sutton, an Australian, amid allegations he used sexist language and made derogatory comments, just months from the Rio de Janeiro Olympics.

Yates’s team said it was their fault, and not the rider’s, that they had not gained a therapeutic use exemption (TUE) certificate after he tested positive for terbutaline, which is used to help alleviate asthma symptoms.

The UCI, cycling’s world governing body, issued a statement on Friday saying: “The Union Cycliste Internationale (UCI) confirms that British rider Simon Yates has been notified of an adverse analytical finding of terbutaline in a sample collected in the scope of an in-competition control on March 12, 2016.

“As per the UCI’s anti-doping rules, such substance does not entail the imposition of a provisional suspension.

“The rider has the right to request and attend the analysis of the B sample.

“At this stage of the procedure, the UCI won’t comment any further.”

Earlier, Orica GreenEdge said in a statement of their own: “The substance was given to Simon Yates in the form of an asthma inhaler and accordingly, this was noted by the team doctor on the Doping Control Form, signed at the time of the test.

“The substance was given in an ongoing treatment of Simon Yates’ documented asthma problems.”

It said the team doctor made an administrative error by failing to apply for the TUE required for the use of the treatment.

“The use of Terbutaline without a current TUE is the reason it has been flagged as an adverse analytical finding. This is solely based on a human error that the doctor in question has taken full responsibility for,” the team added.

“There has been no wrong-doing on Simon Yates’s part. The team takes full responsibility for this mistake and wishes to underline their support for Simon during this process.”

The UK Anti-Doping body said its policy was not to discuss cases until a violation was found to have occurred following a legal process.

“UK Anti-Doping does not discuss or disclose details of any cases until due legal process has been completed and an anti-doping rule violation is deemed to have been committed,” a spokeswoman said.

Meanwhile there was support for Yates from Owain Doull, a rider in the British team pursuit squad. “Innocent till proven guilty,” Doull wrote on Twitter on Thursday.

He added on Friday: “Can always rely on Twitter for some abuse. Tweet my thoughts on Yatesy yesterday and people calling me Naive and stupid for believing in him.

“I’m not naive, I just know and trust the lad I raced and lived with for years and have seen first hand how he has struggled with asthma.” – Agence France-Presse