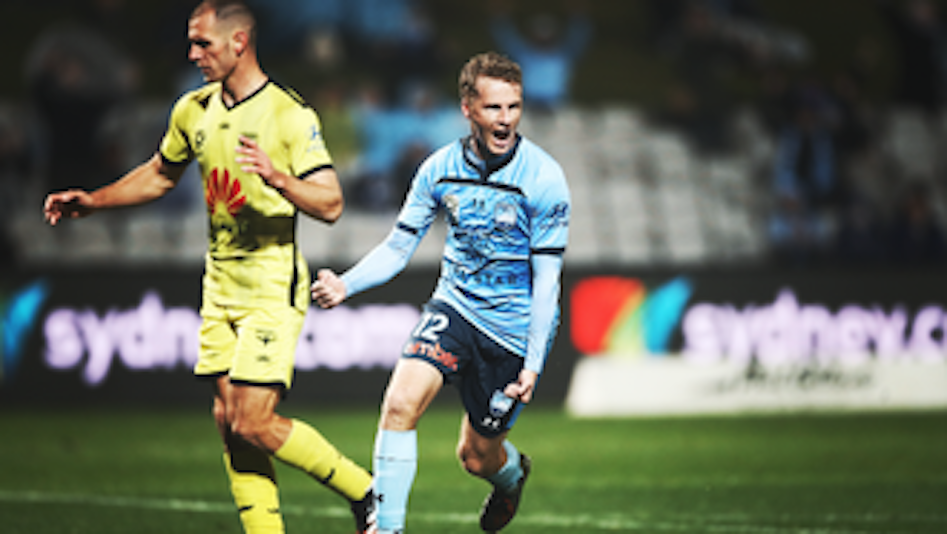 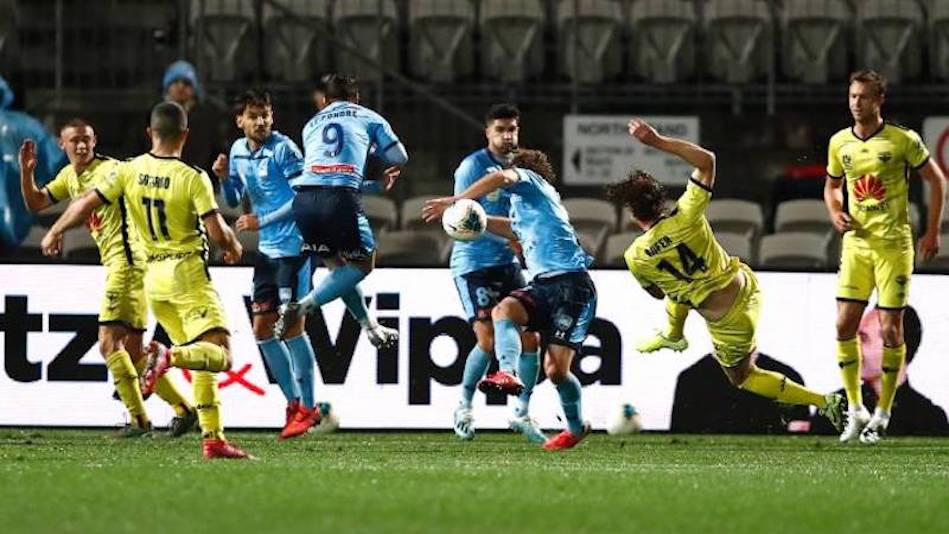 A quickfire double from substitute Trent Buhagiar has handed Sydney FC a 3-1 win over Wellington Phoenix as the Hyundai A-League returned with a bang on Friday night.

The Sky Blues trailed 1-0 just after the hour-mark via a penalty from Reno Piscopo but stormed home in the wet at Netstrata Jubilee Stadium.

Adam Le Fondre started the fightback, converting a penalty of his own to take his tally for the season to 18 goals and draw level in the Golden Boot race with Melbourne City’s Jamie Maclaren.

But it was super-sub Buhagiar who had the biggest impact with two late goals to break Phoenix hearts.

Buhagiar scored in the 88th and 90th minutes as he used his pace and composure to notch both goals, with the Sky Blues now needing just one more point from their final five matches to clinch a record fourth Premiership.