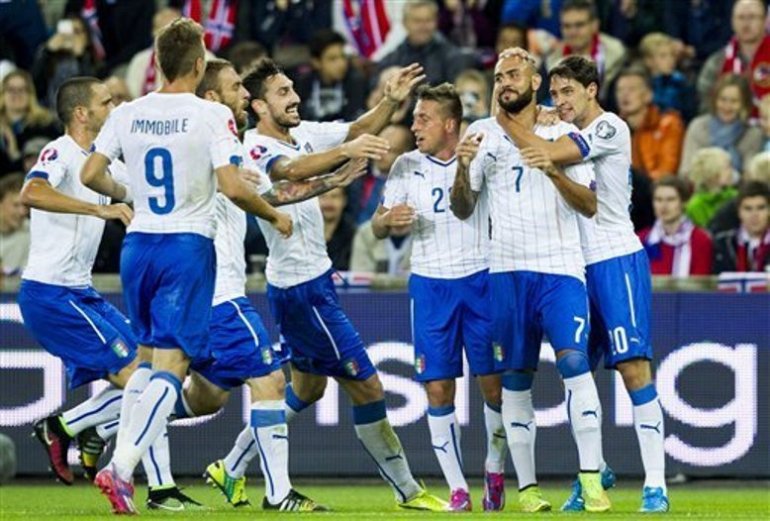 Fabio Capello could be set for a sensational first appointment as Italy coach after Bologna put the brakes on Roberto Donadoni leaving the Serie A club to succeed Antonio Conte.

Capello, who made his name at Serie A clubs Roma and Juventus before subsequent stints as coach of Real Madrid and England, has been out of a job since being sacked as coach of Russia last year.

The Italy hot seat is up for grabs after this summer’s Euro 2016 finals in France after Conte announced he will return to club football. He has been linked to Chelsea for the past few months.

Donadoni, who was sacked by the Italian football federation (FIGC) after their poor showing at Euro 2008, has been the red hot favourite to replace Conte having turned Bologna’s fortunes around this season.

But the FIGC may now have a fight on their hands if they are to prise the 52-year-old former AC Milan midfielder away from the Dall’Ara stadium.

“Roberto has a contrat until 2018, so there’s no problem: he’s calm and determined and he knows he is a part of the club’s development project.

“He has reiterated to me that he wants to remain with us.”

Although the FIGC are poring over other candidates, Capello has the highest profile of the bunch.

Despite his advancing years, the 69-year-old Capello will meet with FIGC president Carlo Tavecchio in the coming days, said Gazzetta dello Sport.

Italy host Spain — who beat the Azzurri 4-0 in the final of Euro 2012 — in a friendly in Udine on Thursday and then face Germany in Munich on Tuesday as preparations for Euro 2016 continue.

Conte announced last week he would not extend his stay with Italy after the tournament.

He is being linked with the Chelsea job following the sacking of Jose Mourinho earlier this season, and Conte said Monday the return to club football is the priority.

“The thought of staying away from club football for another two years is something that doesn’t appeal to me,” he said.

But Conte has not committed to Stamford Bridge yet either: “We’ll see what the future holds for me. Chelsea is not a taboo subject, but there are Italian options open to me as well.” – Agence France-Presse