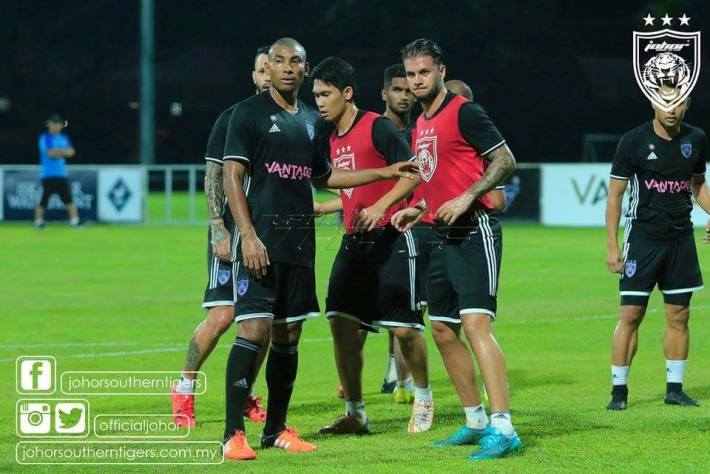 # Southern Tigers wary of the threat from Myanmar club

# ‘We are focused on every match’ – Mario Gomez

After failing to make the AFC Champions League reigning champions Johor Darul Takzim are ready to do battle in the AFC Cup with a home match against Myanmar’s Ayeyawady United at the Larkin Stadium in Johor Bahru on Wednesday.

The Johor outfit failed to make into the AFC Cup Champions League after going to Thai giants Muangthong United 3-0 in a penalty shootout. The playoff saw both teams playing to a scoreless draw in regulation time.

The Southern Tigers go into the Group H match in the AFC Cup with their confidence high after retaining the Charity Shield to kick start their M-League campaign at the same venue on Feb 13.

Last week the Malaysian Super League champions roared into the third round in the FA Cup competition with a 5-0 whitewash of UiTM FC in a second round match played in Shah Alam.

JDT are also unbeaten in the Super League although they were held to a 1-1 draw by Selangor in the curtain raiser at the Larkin Stadium. The Johor outfit retained the Charity Shield with a 7-6 win in sudden death in the penalty shootout.

However, JDT head coach Mario Gomez, is not getting carried away with his team’s impressive start to the M-League and is not under-estimating Ayeyawady either.

“I am happy with the way my players have performed so far in every match we have played in all competitions,” said Gomez who led JDT to the AFC Cup last year with a 1-0 win over Tajikistan’s FC Istiklol in the final in Dushanbe in October last year.

“We are focused in every match we play in all competitions. The match against Ayeyawady is a big match because we are the defending AFC Cup champions. It means a lot for us for a winning start to the AFC Cup.”

In the process JDT wrote football history – becoming the first team from Malaysia to win the second-tier Asian title.

For the match against Ayeyawady United the homesters will troop into the stadium with the psychological advantage of having beaten their opponents 5-0 at Larkin Stadium in a round of 16 match last year.

Meanwhile, Selangor will face Ceres FC of the Philippines in a Group E match which will be played at the Panaad Stadium in Bocolod City on Tuesday.

The Malaysia Cup champions have brought along their Liberian international Patrick Ronaldnho Wleh who was earlier reported to be injured.