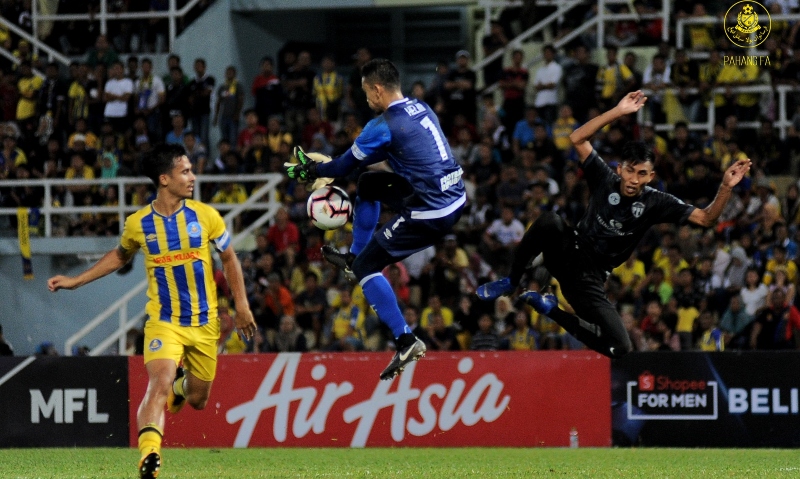 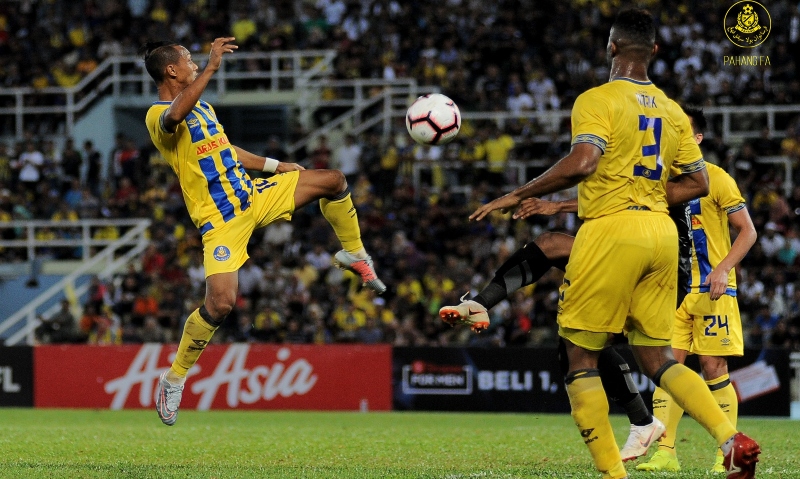 Defending champions Pahang gave a vintage display for a 4-0 win over Terengganu in the second-leg FA Cup quarter-final match at the Darul Makmur Stadium in Kuantan to reach the last four 5-2 on aggregate.
Pahang, down 1-2 from the first-leg in Kuala Terengganu put aside that defeat and the shock 2-0 defeat to Petaling Jaya City FC in a league match to dominate the proceedings at Darul Makmur.
The Elephants needed only seven minutes to open the floodgates with Faisal Halim on target. That was all Pahang needed on a night when Dickson Nwakaeme, who missed the first-leg and also the league match against PJ City, making the difference.
Although Pahang could not add to the tally in the first-half the Elephants were never in danger of losing the match in front of their home fans.
Nwakaeme, back in the team after recovering from a hamstring, showed why he is a pillar in the Pahang team, with a brace.
His first came on 47 minutes when he was felled by Terengganu goalkeeper Suffian Rahman inside the box. Nwakaeme coolly picked himself up to slot the spot-kick for a 2-0 lead for Pahang.
In the 64th minute, Nwakaeme got his second and Pahang was 3-0 up before Gambian-born naturalized Malaysian Mohamadou Sumareh got the fourth in the 75th minute for the big win and march into the last four 5-2 on aggregate.
In another match, Kedah and PKNS FC drew 1-1 in their return-leg quarter-final match played at the Darulaman Stadium in Alor Setar.
Kedah advanced to the last four 4-2 on aggregate, having won the first-leg 3-1 at the Shah Alam Stadium.
On Friday, the Red Eagles scored first through Jonatan Bauman in the 16th minute before an own gaol by Kedah defender Khairul Helmi Johari gave the visitors the equalizer. – BY RIZAL ABDULLAH
- Advertisement -