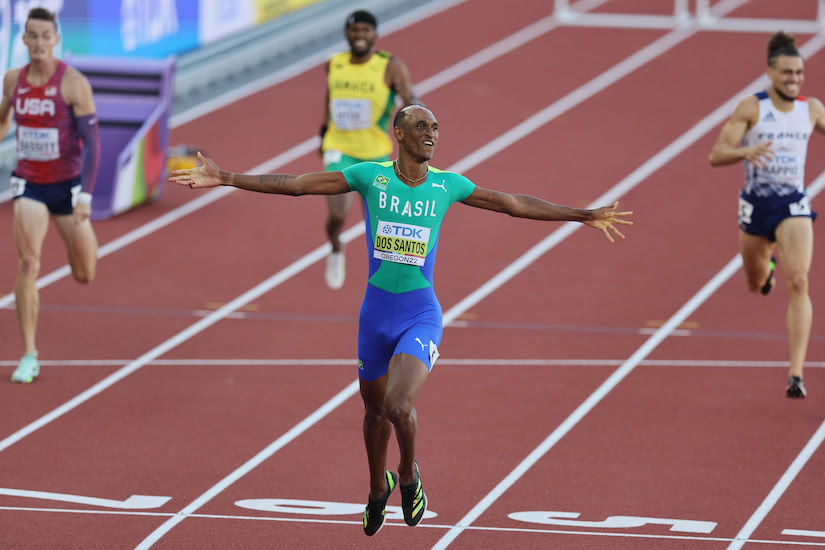 Edwin Moses had no equal in the men’s 400m hurdles for more than a decade and now he’s at the top of his game as a prognosticator.

While Norway’s Karsten Warholm and Rai Benjamin of the US had dominated the event in recent years, Moses had his eye on Brazil’s Alison Dos Santos going into the 400m hurdles final on Tuesday (19) at the World Athletics Championships Oregon22.

On a day with a major upset by Great Britain’s Jake Wightman in the men’s 1500m, a minor upset by Australia’s Eleanor Patterson in the women’s high jump, Sweden’s Daniel Stahl failing to make the men’s discus podium and a cramp taking US star Fred Kerley out of the men’s 200m, the 400m hurdles unfolded exactly as Moses predicted.

“It’s a three-man race, essentially,” said Moses, who won two Olympic and two world gold medals and held the world record for 16 years. “Dos Santos’ technique is a lot more efficient over the hurdles, and obviously he’s got the speed.” – WORLD ATHLETICS