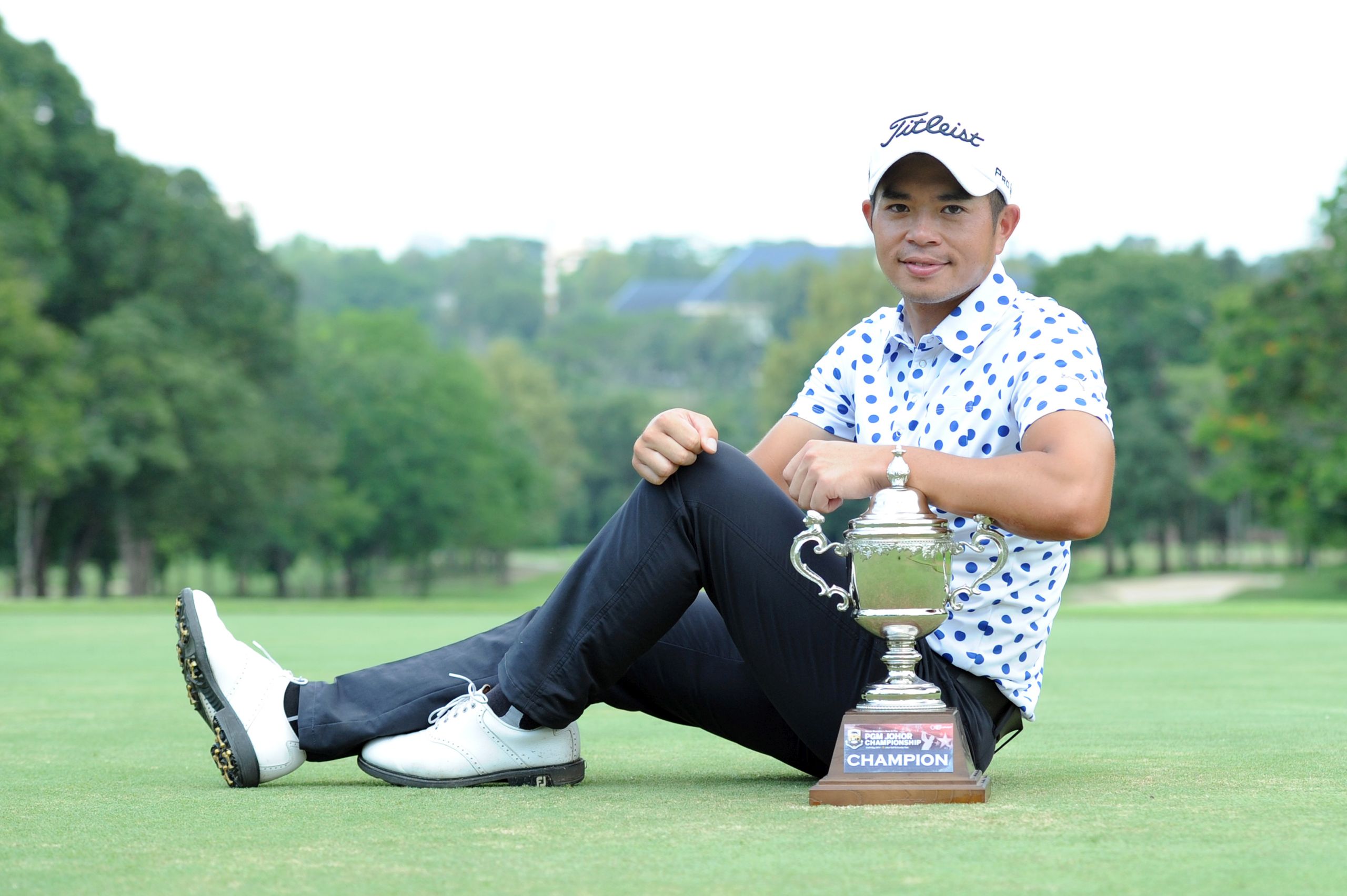 Chan Shih-chang of Chinese Taipei stormed to an emphatic third Asian Development Tour (ADT) victory when he defeated Australian Jack Munro in the first play-off hole at the PGM Johor Championship on Saturday.

The 27-year-old Chan, who closed with a five-under-par 67, matched Filipino Jay Bayron’s, 2012 ADT Order of Merit champion, efforts in claiming a total of three victories since the burgeoning circuit was inaugurated as a gateway to the Asian Tour in 2010.

Overnight leader Munro battled to a 70 to fall into a tie with Chan on 12-under-par 276 in regulation play before proceeding to par-four 18th hole for the play-off which Chan birdied to win the RM200,000 (approximately US$60,000) event.

Munro parred the extra hole to settle for second place while Singapore’s Lam Chih Bing, Thai brothers Pavit and Annop Tangkamolprasert shared third on 278 after rounds of 66, 71 and 66 respectively at the Johor Golf and Country Club.

Malaysia’s Danny Chia, who successfully defended his title at the PGM Northport Glenmarie Championship two weeks ago, closed with a 68 to take sixth place with Konosuke Nakazato of Japan.

Chan, who claimed his second ADT victory at the PGM Lada Langkawi Championship also in Malaysia last month, strengthened his position atop the Order of Merit and took home US$10,842 as well as six Official World Golf Ranking points.

“I’m extremely happy to win again on the ADT. I didn’t think I had a chance initially as I shot two birdies and two bogeys to turn in 36. I was aiming to finish in the top three but I started to play really well on the back nine where I shot five birdies!” said a beaming Chan.

“It’s the second time I won in a play-off. Jack played really well this week but I think my mental game was better, thanks to all the experience I got from playing on the ADT. I don’t get nervous now as in the past. I have been playing a lot on the ADT and that has given me a lot of experience,” added Chan.

Munro narrowly missed out on claiming his maiden win since turning professional last year but was glad to mark his best finish since coming through the Asian Tour Qualifying School earlier this year.

“It was disappointing but it’s alright. I had a good round and it was a great experience. Chan deserved the win. He played really well. I hope to bring forward this good form to the ADT tournament in the Philippines next week before going to play at the Queen’s Cup on the Asian Tour,” said Munro, who mixed his card with three birdies against one bogey.

Pavit, who claimed his maiden win in Jakarta earlier this year, has been knocking on the door for a second win where he has claimed two top-three finishes in four appearances this season.

“I’m happy with my overall performance. I had a chance to win but I missed a lot of putts today and I got tired on my back nine. I tried to keep my head up and play my best out there. Hopefully I can play consistently throughout the season and finish in the top-five on the Order of Merit to secure my 2015 Asian Tour card,” said the 25-year-old Thai.

Working in close partnership with the PGM Tour, a total of 12 events will feature on this season’s ADT Schedule, giving Malaysian players a big incentive to earn a place on the region’s main Tour.