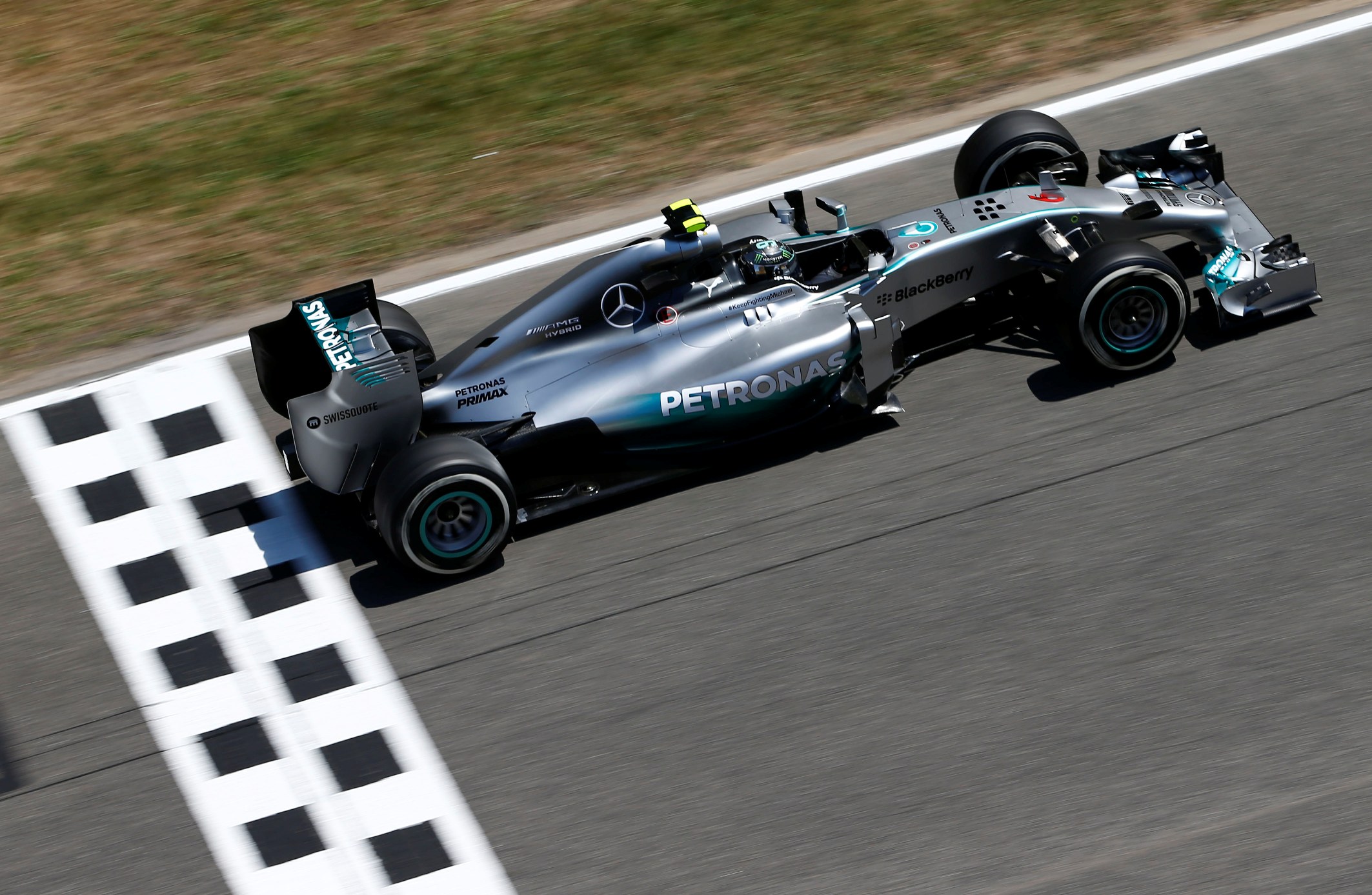 The MERCEDES AMG PETRONAS Formula One Team is delighted to announce a long-term extension of its title partnership agreement with the Malaysian national oil and gas company, PETRONAS.The new agreement was unveiled in the unparalleled surroundings of the Monaco Grand Prix at a signing ceremony attended by Tan Sri Dato’ Shamsul Azhar Abbas, President & Group CEO of PETRONAS; Dr Dieter Zetsche, Chairman of the Board of Management, Daimler AG and Head of Mercedes-Benz Cars; and Toto Wolff, Head ofMercedes-Benz Motorsport.

The partnership between Mercedes-Benz and PETRONAS dates back to 2010, when the Silver Arrows works team joined the grid for the first time since 1955 and revived one of the most prestigious traditions in motorsport. During that time, the two companies have grown a state-of-the-art technological partnership to deliver cutting-edge Fluid Technology Solutions for the Hybrid Power Unit and chassis of the works Silver Arrow cars. The integrated development of the 2014 Silver Arrow included the Fluid Technology expertise of PETRONAS to create tailor-made
solutions for the technical challenges of the 2014 regulations and deliver a clear PETRONAS advantage on track.

So far in 2014, the MERCEDES AMG PETRONAS cars have scored over 90% of the possible maximum points, including five consecutive wins and four one-two finishes. Overall, PETRONAS Fluid Technology Solutions have claimed nearly 60% of the total points available this season with the works Silver Arrows and Mercedes-Benz customer teams.

Furthermore, this technological partnership has been complemented by a strategic business alliance with Mercedes-Benz, extending the partnership from the track to the road. The cutting-edge technology developed in the proving ground of Formula One drives the creation of class-leading lubricants for passenger cars, including high-performance Mercedes-AMG road cars.

Partnership with the Silver Arrows works team has made PETRONAS the leading and most prominent energy company in Formula One. To further consolidate this status, the F1 W05 Hybrid race car will run with a revised livery from the 2014 Monaco Grand Prix, with enhanced PETRONAS branding on the front wing, chassis and bodywork. Following five victories from the first five races of the 2014 season, this new agreement paves the way for a decade of partnership between Mercedes-Benz and PETRONAS. 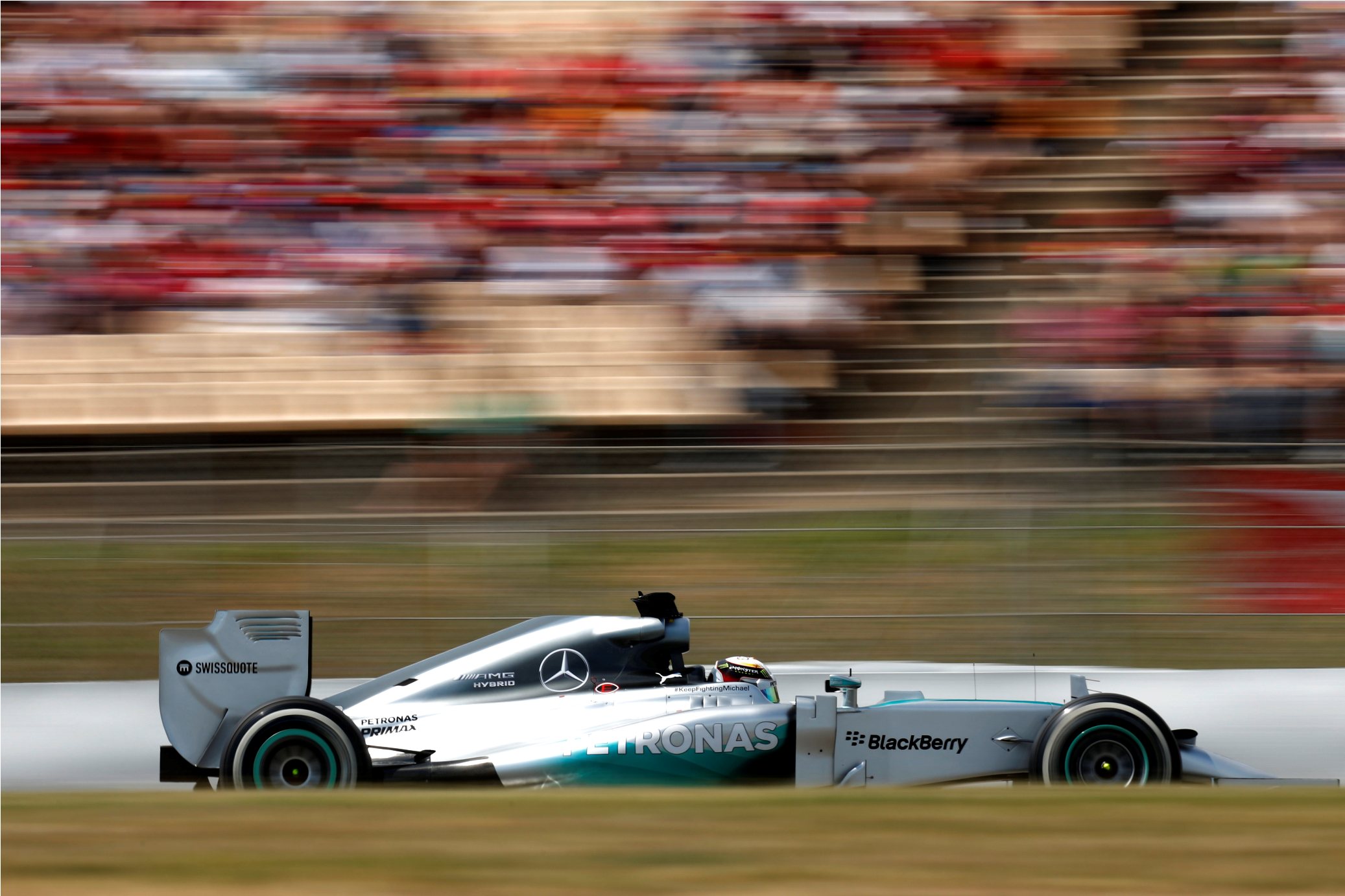 Tan Sri Dato’ Shamsul Azhar Abbas, President & Group CEO of PETRONAS, commented: “2014 is a milestone year for PETRONAS in Formula One. Not only does this year mark our 20th season of involvement in the sport but it also delivered an historic 1-2 finish for the Silver Arrows at the 2014 Formula 1 PETRONAS Malaysia Grand Prix. We are proud to partner the best car company in the world, Mercedes-Benz, both on the track and also in our business thanks to our strategic business alliance. Our technical teams worked hand-in-hand to deliver the level of performance we have enjoyed this season in Formula One and it shows that we are developing and delivering world-class products together – both on the track and on the road.”
Dr Dieter Zetsche, Chairman of the Board of Management, Daimler AG and Head of Mercedes-Benz Cars, continued: “Motorsport is in our DNA. The first Mercedes was a race car and we use the race track as a research laboratory. In Formula One, we can push new technologies to the absolute limit, before they are introduced into our production vehicles. The success of our team this season is the result of hard work and an outstanding partnership with PETRONAS. We share a passion for innovation, the commitment to excellence and, above all, the
will to win. We are stronger together – and that’s how it will stay.”Toto Wolff, Head of Mercedes-Benz Motorsport, concluded: “Ever since 2010, our relationship with PETRONAS has been founded on the values of true partnership: trust, honesty and shared ambition. In that time, PETRONAS has become the most prominent energy company in Formula One and we have worked as one to develop a world-class partnership in Fluid Technology Solutions that has delivered a measurable on-track advantage in 2014. The result is a partnership that has delivered on every level. It is therefore a proud moment to further extend this agreement and build towards a decade of partnership between Mercedes-Benz and PETRONAS.”

PETRONAS FLUID TECHNOLOGY SOLUTIONSTM: The lifeblood for efficiency and performance

2014 has introduced what is widely recognized as the biggest technical revolution since the first Formula One season in 1950 with energy efficiency as a key performance factor in this new era of Formula One. The MERCEDES AMG PETRONAS F1 Team spent more than three years working closely with PETRONAS to co-engineer a brand new range of customized fuels and lubricants that help to provide a competitive edge on track in 2014 and beyond.

The characteristics of the all-new PETRONAS PRIMAX fuel and the way it performs during combustion are key to an efficient, powerful and reliable engine operation, while PETRONAS SYNTIUM lubricants play a crucial role ensuring reliable performance of the Power Unit itself, especially in newly introduced features such as the turbocharger that has more demanding fluid requirements. Meeting these challenges has been achieved through PETRONAS Fluid Technology SolutionsTM – an intelligent approach to fluid requirements that maximizes performance through tailor- made product offerings and expert services.

This year, the limits set by the FIA with regard to maximum fuel allowance is 100kg per race with a maximum flow rate of100 kg/h, which means that every single component in the fuel has to be selected with its contribution to performance in mind. Energy density – the amount of energy in each drop of fuel – is critically important. A turbocharged direct injection engine has special requirements regarding fuel characteristics. The mixture of fuel molecules need to achieve an ideal balance between efficiency, power and cleanliness, the latter to avoid deposit formation in the fuel injectors of the direct injection system that is also used for the first time in Formula One.

PETRONAS scientists have developed a new PRIMAX fuel for the 2014 Power Unit with greater energy density through an extensive development programme of testing a wide range of fuels. The 2014 PRIMAX race fuel exhibits a good balance of properties developed molecule-by-molecule, balancing characteristics such as energy density, octane index and volatility with careful consideration of both injector cleanliness and the mandatory 5.75% proportion of bio-fuel. As part of this advanced energy formula PETRONAS PRIMAX keeps the fuel injectors clean optimizing fuel delivery, creating a finer fuel spray enhancing fuel combustion and energy release, as well as minimizing energy loss for superior fuel efficiency.

As the teams at Brackley and Brixworth have designed every nut and bolt of the F1 W05 Hybrid, the PETRONAS experts have designed every molecule of the new fuel – the result is a fuel that packs as much energy as possible into every drop and has been tailor-made for the demands of the new Mercedes-Benz PU106A Hybrid Power Unit.

While efficiency may be the buzz word of this new era in Formula One, balancing frugality with durability from the revolutionary V6 Power Unit is an equally important challenge. Once again, this is where technology developed in harmony between the team and PETRONAS comes to the fore, with the all-new range of SYNTIUM lubricants developed specifically to give the F1 W05 Hybrid that extra edge on track.

In terms of the engine oil, the main challenge presented by the new regulations has been the down-sizing of the engine from a V8, 2.4 liter configuration to a V6, 1.6 liter configuration: creating an increased power-per-liter ratio and means that the new engine runs hotter. Oil thins at higher temperatures and thus a hotter engine needs a thicker oil to prevent metal components from rubbing together and potentially failing. An increased thermal load of 20% per cylinder compared with the previous V8 and a reduced quantity of oil in the engine (reduced from almost seven liters for the V8 to fewer than three liters for the V6) also mean that the oil must contribute more to cooling the engine, which requires thinner, faster flowing oil. Furthermore, the regulation changes restrict the quantity of fuel that can be consumed per race to 100 kg, which means that the oil needs to help conserve energy by minimizing friction. Again, this requires a lower viscosity oil.

“In order to meet these complex and contradicting requirements, the new PETRONAS SYNTIUM engine oil for the 2014 car is a precisely balanced mixture of advanced, thinner synthetic base oils to help cooling and polymer viscosity boosters (which kick-in at higher temperatures) to prevent the oil from thinning too much” explains Andy Cowell, Managing Director, Mercedes AMG High Performance Powertrains.

“Friction-reducing oil components – which make it easier for metal surfaces to slide past each other – have also been used to improve overall fuel economy, while high-performance additives have been included to stop the oil from breaking down under these extreme conditions. In other words: PETRONAS has developed an engine oil that is thin at low temperatures and still provides great protection at higher temperatures – an incredible technical challenge and achievement.”

Power Unit aside, development of the F1 W05 Hybrid has benefitted greatly from the significant technological expertise on the part of PETRONAS, as MERCEDES AMG PETRONAS Executive Director (Technical) Paddy Lowe explains: “Aside from the engine, the 2014 gearbox presents challenges in terms of an all-new design: featuring eight forward gears and one reverse, a single set of ratios nominated before the start of each season and an extended life cycle requirement of six events.

“Producing a reliable unit, which can deliver power efficiently from the Power Unit to the road is of great importance, as energy losses in the gearbox can have an impact on lap times and fuel efficiency. PETRONAS technologists have produced precision TUTELA gearbox lubricants for the 2014 car to ensure that energy losses in the transmission are kept to a minimum, whilst making sure that the gearbox is protected from failure.

“The main characteristic required of the hydraulic oil in the race car is its ability to provide a prompt response of the gearbox actuator under the severe environments, when the driver initiates the gear change. This is highly dependent not only on the compressibility properties of the fluid, but also on its ‘cleanliness’ level. PETRONAS TUTELA hydraulic fluid not only enables the gearbox actuator to respond instantly, but, equally crucial, it is clinically clean. The cleanliness of this fluid prevents any damage to the sensitive actuator valves.”

Formula One in 2014 presents a fresh set of challenges to designers, engineers and drivers alike. It is only through years of research collaboration between PETRONAS and the MERCEDES AMG PETRONAS team that solutions to these challenges could be reached and PETRONAS’ products will evolve over the lifetime of the Hybrid Power Unit in a continuing quest for a competitive edge.