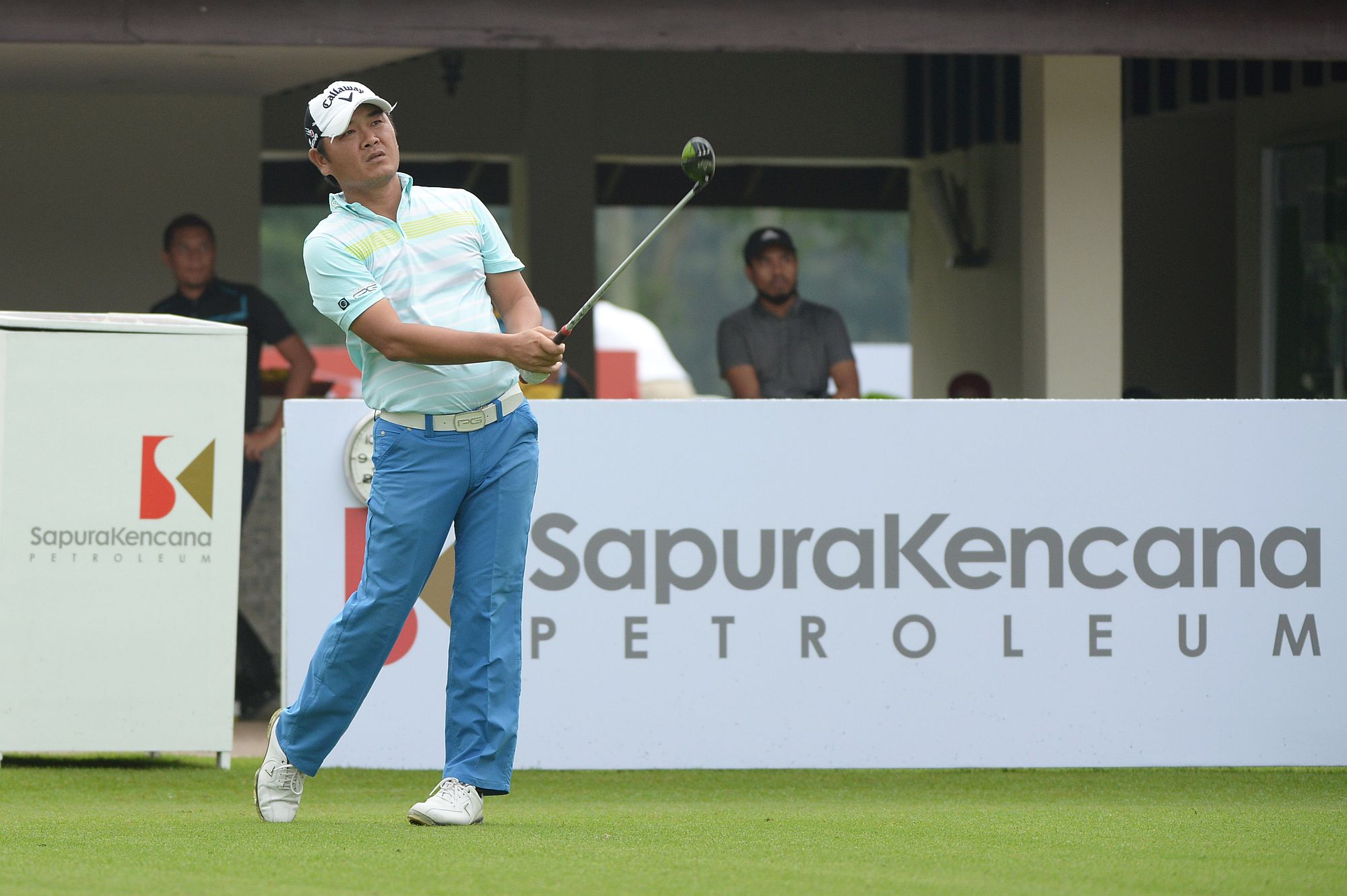 Danny Chia put up a spirited performance to earn his third appearance at the CIMB Classic after defeating Khor Kheng Hwai on the first play-off hole at the SapuraKencana National Qualifier on Wednesday.

As Chia celebrated his return to the US$7 million CIMB Classic in October, local professional Mohd Nazri M Zain produced one of the rarest shot in golf when he aced the 264 metres par four 16th hole after his drive landed on the fringe of the green before the ball rolled 15 feet into the hole.

Only one such feat has been recorded on the PGA TOUR in 2001 and none on the Asian Tour.

Overnight leader Chia never gave up on his chase for victory even when he was trailing Khor by four shots after 13 holes. He eventually forced extra time by closing with back-to-back birdies for a one-under-par 71.

Khor, who double bogeyed the 14th hole, posted a 70 as he and Chia tied on three-under-par 213 in regulation play before returning to the par five 18th hole at the Kuala Lumpur Golf and Country Club.

Chia sealed the deal with a par after narrowly missing his birdie putt from 12 feet while Khor mishit his chip from the edge of the green to walk away with a bogey and miss out on his debut appearance in the CIMB Classic which will be staged from October 30 to November 2.

Chia, who won RM22,000, was delighted with his hard earned victory after struggling with injuries since 2013 where he had to go for an operation in September last year to remove bone fragments which were pressing on a nerve.

“I had some bad thoughts coming into this week. I was getting ready for something bad to happen but I kept telling myself that I needed to keep fighting. It is fantastic to be playing in the CIMB Classic again. It means so much to me to win this playoff and play in the event again,” said Chia, who enjoyed a tied 13th result in the 2011 CIMB Classic.

“I’ve been trying to work on my body condition and I was trying too hard to get my strength in my shoulder and hurt my back earlier this month. I’m 41 and I’m not young anymore so I’ll have to take it easy and keep myself healthy until the CIMB Classic,” he explained.

Khor got off to a hot start when he fired four birdies on his front nine before his title hopes faded when he double bogeyed the par four 14th hole.

“It was the best start I can ask for but the 14th hole was the turning point where I lost focus and made a double bogey. I made a big mess out of it. I stumbled home after that. I hit my tee shot into the bunker. I had about 30 metres to the green but I lost it there and duff my chip. My confidence tipped to the other side after that,” said Khor.

The 30-year-old Nazri had a round to remember when he wrote a slice of history by shooting a hole-in-one on a par four. He returned with a 73 to finish 20th in the qualifier.

“I saw the ball rolling into the hole and I started celebrating with my caddy and flight mates. It was unbelievable. I’ve only had one hole-in-one on a par three in 2012. This is definitely a huge achievement for me and I’ll keep the ball as a memory,” smiled Nazri, who received a token of RM1,000 for his ace.

“We are pleased to see yet another successful SapuraKencana National Qualifier this year and would like to congratulate Danny Chia who played brilliantly against a competitive field to clinch the coveted spot at the CIMB Classic. We hope the Qualifier has equipped him with accumulated experience towards his journey in competing against the international field this October,” he said.

The SapuraKencana National Qualifier is sponsored by the world’s leading integrated oil and gas services and solutions provider, SapuraKencana Petroleum Berhad (“SapuraKencana”), which is also the lead partner in the CIMB Classic 2014.

Out of the eight sponsor’s exemptions, CIMB Classic accords two spots for Malaysians. The second spot will be accorded to the highest ranked Malaysian golfer on the Official World Golf Ranking (OWGR) as at October 20. If the winner of the SapuraKencana National Qualifier is also the leading Malaysian in the OGWR, the second spot for the CIMB Classic will automatically go to the next best-ranked Malaysian on the OGWR.