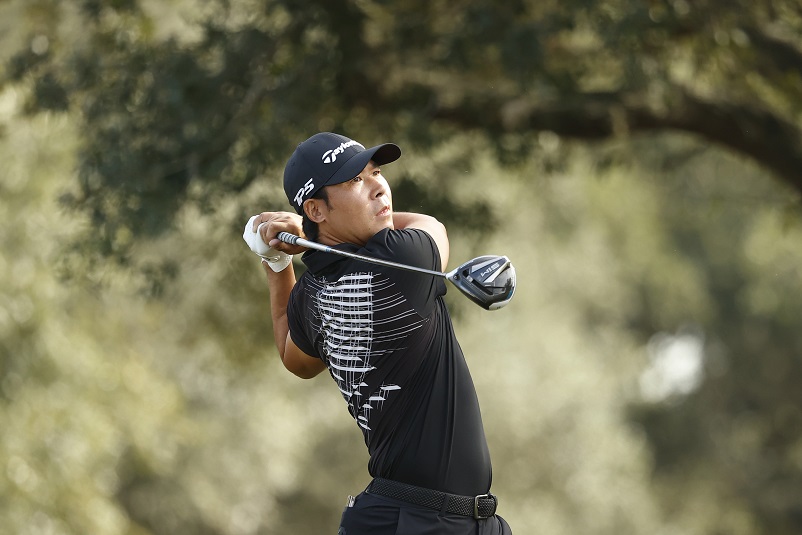 China’s Xinjun Zhang launches his 2021 PGA TOUR campaign at the Sony Open in Hawaii starting on Thursday with every intention of getting straighter with his driver and sharper with his short game.

Zhang, 33, enjoyed a small slice of history by becoming the first Chinese mainland golfer to qualify for the FedExCup Playoffs last season where he eventually finished 78th in the final points list but the start to his 2020-21 campaign in the fall has been surprisingly shaky.

“Last year, I had ups and downs. I played well in a few events but there were also some bad ones. I think this is golf and it is impossible to maintain a good competitive state all the time. I tried my best to work on my game during the off-season and I hope it will show when I resume playing this week,” said Zhang.

A return to Waialae Country Club in Honolulu will not be treated lightly as the determined Chinese golfer is keen to improve on his tied 25th finish at the Sony Open recorded in 2018. He missed the cut last year.

“I know I need to improve on many areas of my game, including my tee shots as the fairway hit rate is not very high,” said Zhang, who ranks 122nd in Strokes Gained: Driving and 166th in Strokes Gained: Around the Greens this season.

“There are no short cuts on the PGA TOUR and there is still some gap between me and the overall field. The PGA TOUR is difficult and you need to tee off accurately. You also need a good short game which I’m working on improving all these aspects.”

He feels his third full season on the world’s leading golf circuit will continue to be a learning curve as he seeks to become the first mainland Chinese golfer to win on TOUR. From 63 career starts to date, he has posted four top-10s, with a tie for fourth place at the 2019 Houston Open being his best result.

“Playing on TOUR, I think I still need to have a stronger mentality. It was not particularly good at the beginning …  I would get anxious while competing. I still have to adjust my mentality this year to become better,” said Zhang, who holds two wins on the Korn Ferry Tour.

As with any athlete, he has set himself some straightforward New Year goals which is to qualify for the FedExCup Playoffs again which will also mean retaining full playing rights for next season.

“Of course, I hope I can guarantee my card first and then aim for a few more top 10s,” he said.

Zhang, who is now based in Houston, grew up in a farming village in Shaanxi Province and worked as a security guard at a golf course during his teens which eventually led to his introduction to the game. With perseverance and dedication, he rose through the ranks via the PGA TOUR Series China and Korn Ferry Tour and is the lone Chinese mainland golfer competing on the PGA TOUR this season.

As he continues to dream of becoming a winner on TOUR, Zhang firmly believes hard work will get him to the top, hence his decision to keep to a strict regime during the winter break. “I kept to my training plan. I would get up at 7am to stretch, and then I would either go for a run or do aerobic exercises before going to the golf course. I’d be back to the course at 3pm and will spend time for my physical fitness as well. This was my plan for nearly five weeks and it was good,” he said.