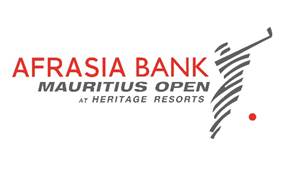 China’s young amateur star Guan Tianlang will compete in the inaugural AfrAsia Bank Mauritius Open next month, in what will be only his second appearance in a professional tournament this year.

The 16-year-old Guan will join an elite line-up at the Heritage Golf Club for the €1 million (approximately US$1.1 million) tournament which is tri-sanctioned by the Sunshine Tour, European Tour, and Asian Tour, from May 7 to 10, 2015.

The slender Chinese made the world sit up and take notice of his prodigious talent when he became the youngest golfer at the age of 14 years and five months, to make the halfway cut in a Major championship at the Masters Tournament in 2013.

He had earned his place at Augusta National, following his victory at the Asia-Pacific Amateur Championship in Thailand in the previous year.

Guan has since competed occasionally against the professionals, making the halfway cut at the HSBC Abu Dhabi Championship in January. He also recorded a top-10 finish in a professional tournament in China last year.

“I’m looking forward to being part of history by playing in the first edition of the AfrAsia Bank Mauritius Open in May. It will be a great  experience to play alongside the top golfers from the three international Tours, and I look forward to an enjoyable week at the Heritage Golf Club,” said Guan.

At the Masters Tournament two years ago, the young Chinese enjoyed playing practice rounds with Tiger Woods and Ben Crenshaw, who were both in awe of his ability at such a young age.

Woods said then: “It’s frightening to think that he was born after I won my first Masters. I mean, that’s just frightening. It’s exciting that I have inspired kids to play, and not just here in the States but obviously in China and around the world.”

The AfrAsia Bank Mauritius Open will mark a truly exciting week of golf ahead for players and fans.

Three of the tournament sponsors have also put up special prizes to make the tournament even more exciting. Villas Valriche, has offered a US$1 million Villa for the first professional golfer who shoots an eagle on the par 4, 423m, 17th hole, on the final day of the tournament.

Jaguar, the official vehicle sponsor has on offer an all new Jaguar XE R-Sport, for an Albatross score on the Saturday and Sunday schedule of play.

The Heritage Resorts have also offered a 5 night stay in a double room at the Heritage Le Telfair Golf and Spa Resort, on a half board basis for every hole in one scored on the par 3, 164m, 15th hole.