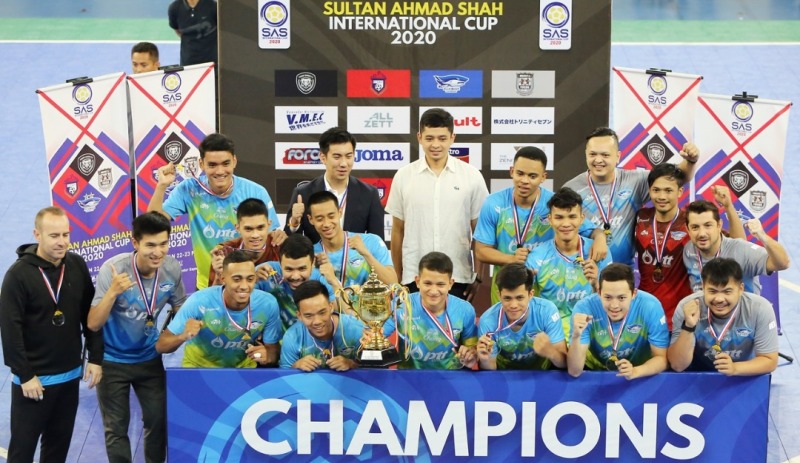 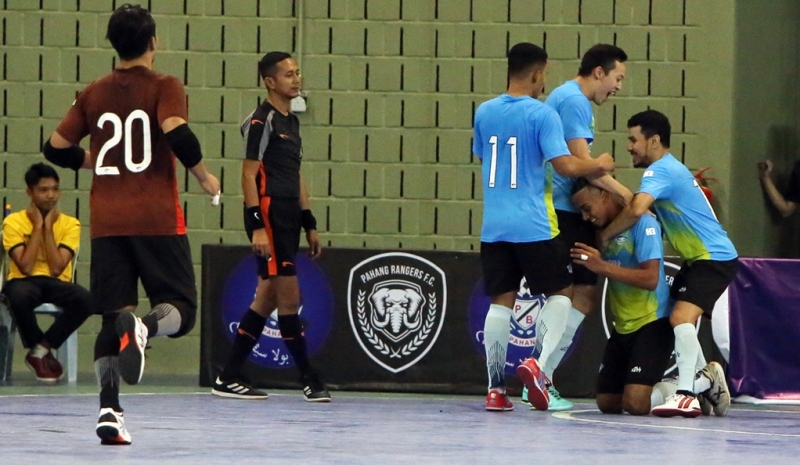 Thailand’s PTT Chonburi Bluewave emerged champions of the Sultan Ahmad Shah International Cup 2020 when they beat Athletic Fuchu Tachikawa of Japan 4-2 in the final that was played at the SUKPA Indoor Stadium in Kuantan.

The AFF Futsal 2019 defending champions, who had beatan another Japanese side FC Nakai 6-1 in the semifinals, took the lead off Vitor Fernando Dos Santos before Uemura Atsuya and Arai Yusei then found the back of the net twice to give Athletic Fuchu a 2-1 lead at the half.

The pace and momentum continues into the second half as both teams kept it tight before Athletic Fuchu collapsed in the last five minutes to allow Chonburi to score through Supakorn Sangom, Warut Wangsama-Aeo dan Ronnachai Jungwoonsuk.

“We played two tough games here but we are glad to win the championship. Credit to the players for all their hardwork. This is our first trophy this year and I hope that the players will make full use of it to have a great season ahead,” said Chonburi head coach Carlos Cesar Nunex Gago.

Other than the silverware, Chonburi Bluewave also had pivot Muhammad Osamanmusa as the tournament’s Top Goalscorer while goalkeeper Arut Senbat took home the Most Valuable Player award.

In the meantime, home team Pahang Rangers completed the tournament on fourth after conceding to a 5-4 loss to FC Nakai in the classification match.

“No one likes to lose but we are still in pre-season and we are using this tournament as a prelude for the MPFL (Malaysian Premier Futsal League) next month. I hope that the players will show their quality when the season kicks off,” said Pahang Rangers head coach Gerard Casas.