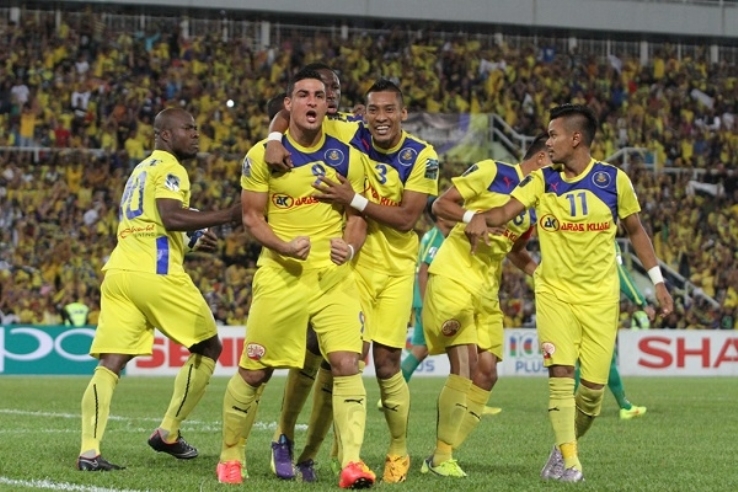 Argentine striker Matias Conti weaved his Malaysia Cup magic once again with a hattrick as defending champions Pahang marched into the Malaysia Cup final with a 5-0 whitewash of Kedah in the return-leg semi-final at the Darul Makmur Stadium in Kuantan on Friday to advance 6-3 on aggregate.

National player R. Gopinathan helped himself to a brace as Pahang celebrated the big win with flares and some bombs at the end of the final whistle. That celebrations, however, could land Pahang FA in trouble with the FA of Malaysia.

Kedah, who won the first-leg 3-1 in Alor Star on last Sunday, were totally outclassed by the Elephants to give Pahang ruler HRH Sultan Ahmad Shah a perfect 84th birthday which also fell on Friday. The match was watched by FA of Malaysia president HRH Tengku Abdullah Sultan Ahmad Shah, the Crown Prince of Pahang.

It was Pahang’s show on a night when referee Zamzaidi Katimin did not make any booking although Kedah’s South Korean midfielder Namkung Woong lasted only six minutes on the field before he was stretchered out after taking nasty kick to his ribs from Pahang’s Jamaican defender Damion Stewart.

That was just two minutes after Pahang had reduced the deficit from the first-leg through a Matias Conti glancing header from a corner kick by Azidan Sarudin to open the floodgates as Kedah became unsettled with the early goal.

Gopinathan got his first and Pahang’s second on the night on 26 minutes – a delight left footer when he connected a well laid cross from his national teammate Azamuddin Akil on the right. Pahang 2-0 and 3-3 on aggregate.

In the 29th minute it was another Azamuddin cross from the right and this time it was the ever reliable Conti who made it count with a simple tap past Kedah goalkeeper Saiful Amar Sudhar to put Pahang 4-3 ahead on aggregate. Pahang were on fire and took a healthy 4-0 lead at halftime when Conti completed his hattrick with a booming right footer after being set up by Dickson Nwakaeme. Pahang 5-3 on aggregate.

Conti had given Pahang the lifeline in Alor Star with an away goal when he scored Pahang’s consolation goal in the 3-1 defeat. The Argentine also netted the winner in last year’s Malaysia Cup final in Pahang’s 1-0 win over Kelantan.

Kedah came out more organised after the break but Baddrol Bakhtiar and company could not find their scoring touch.

It was Pahang were stretched their tally to 5-0 with Gopination taking off like gazelle midway in his own half and finished it off with a rifled left footer into the Kedah net and the Elephants were dancing with the Red Eagles caught high.

“This is the perfect birthday present for Tuanku Sultan for his 84th birthday. What makes me pleased and happy is that we made it count with the chances that we created…unlike before when we failed to find the net despite creating the chances,” said Pahang coach Zainal Abidin Hassan, who also guided Pahang to the FA Cup title this year.

Kedah coach Tan Cheng Hoe was sporting when he said: “Pahang were the better team on the night. They played well to score the goals. However, we came unsettled by the early goal and things got worse when Namkung Woong had to leave the field. Still, I am proud of my players for coming this far in the Malaysia Cup.”