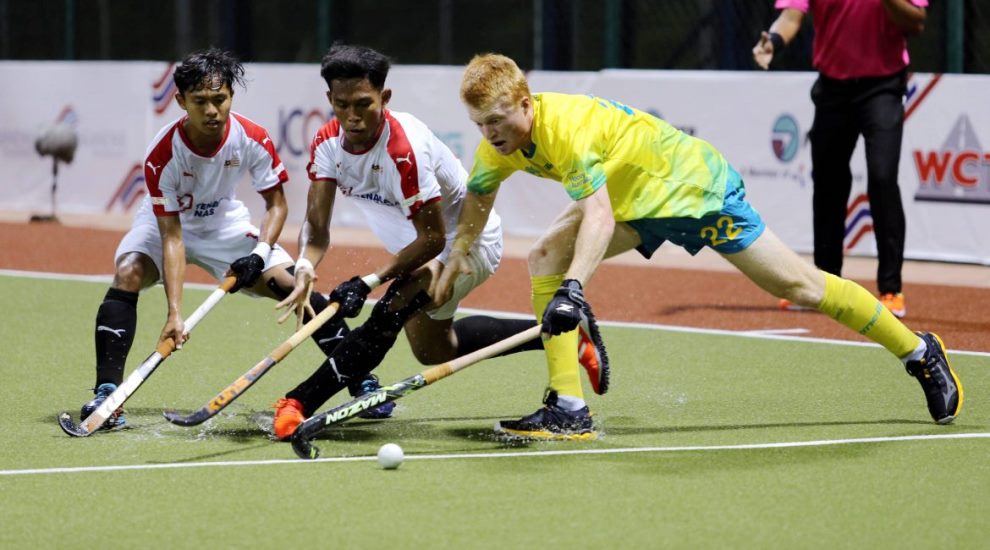 COOPER Burns claimed a hat-trick as Australia defeated a young and inexperienced Malaysian Colts side 8-0 in the 10th Sultan of Johor Cup at the Taman Daya Hockey Stadium today.

The Malaysian Colts had the support of more than 1,000 fans who turned up an hour before the start for the duel against Australia, accompanied by the deafening roars of drums.

Amin Rahim’s boys got off on a cautious pace against the two-time SOJC champions, who defeated Japan 3-2 in their opening match on Saturday. On the opposite end, the Malaysians were also under pressure to win this match following their 5-2 defeat India.

“It is a big defeat but we must understand that our players are young and inexperienced side. They are beginning to feel the rhythm of playing against top teams in international tournaments,” said Amin.

Australian head coach Jay Stacy was all praise for the Malaysians despite having to endure a big defeat.

“The boys actually played a good game in the first half, venturing strongly to get the goals. It was only in second half that we got to find the rhythm and started scoring,” said Stacy.

The host were a transformed side, daring to push the Australians deep in defence with strikers Shafiq Ikmal Daniel and Muhammad Hazreeq Alief constantly poaching into the circle.

Malaysia had only two penalty corners throughout the match while the Australians had 10.

Goalkeeper Jed Snowden had several near misses in the first two quarters and did great to parry shots from marauding Malaysia forwards.

However, as the match progressed it was the Australians who broke through and found the opportunities to score, more so in the second half. Liam Hart inflicted the first cut in the 19th minute from a field goal, driving the ball past the outstretched goalkeeper Mohamad Rafaizul.

Australia totally dominated the last 10 minutes of the quarter, claiming 6 penalty corners and scored five more goals. Liam went on to hit a brace, Burns got his hat-trick, while Jack Holland and Broadee Foster completed the rut.