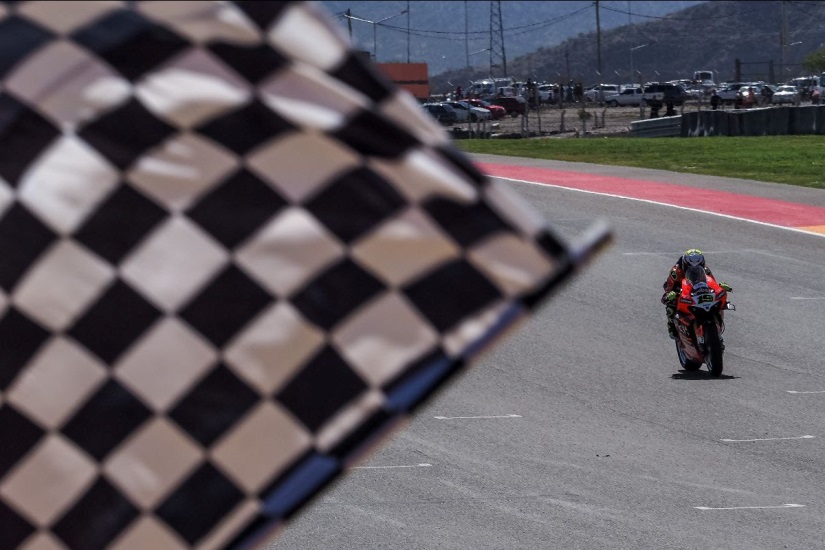 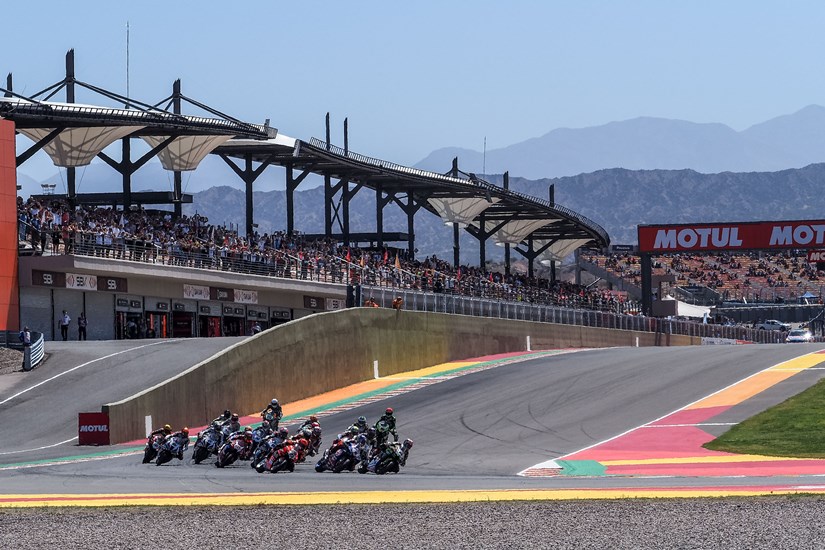 “For sure today, it’s been really though in the race. First of all, because it’s the last race of the weekend, and you feel, physically, all the efforts from the weekend but also because today the track was more difficult than yesterday. It was easier to make mistakes. I didn’t start well and lost some positions. But at the same time, it was good because I let the other riders evaluate the situation before me. Then I started to understand how much I could push, and I decided to recover the positions and take the lead because I felt that I could be faster than the others. I took the lead. I saw Toprak was close to me. I didn’t think about taking points, about the risks… just to do my best. I gave everything. In the end, I could win some advantage and I could manage until the end. I’m so happy, today my performance was really good.”

“In the second race, I tried my best and kept fighting for the win. I was waiting for Alvaro’s tyre to drop but it didn’t happen, so I kept fighting for second position. I want to thank my team, in the last minutes we changed the plan and decided to use the SCX tyre. The SCX tyre is destroyed but I was feeling much better during the race. We keep fighting for the Championship. We’ll try our best again in Mandalika.”

“I’m just disappointed because my bike this morning was incredible, in the Superpole Race. I had good traction and everything was working. From the get-go in Race 2 this afternoon, I had nothing. As soon as I turned into Turn 2, I felt ‘why is the bike not hooking up?’. I was fighting, a real passenger for most of the race, so we need to analyse exactly what happened because it was strange. It was a battle with my teammate, Alex. In the beginning with Vierge and Rinaldi. It was just about grinding those guys down and letting the tyres move around a little bit. Alex’s pace was fast! He just kept going and going and going. There was a point I thought ‘maybe my best is fourth’. I kept going, never gave up, and finally I could arrive on the podium.”

“I was happy with the weekend. I think our pace was fourth this weekend. I wasn’t quite as fast as the first three but it looked like, in the practices, I was a bit quicker than the guys behind. Shame not to be able to get on the podium. I felt quite good at the end of the race, but the SCX rear tyre just dropped, and I had lot of chatter in the end. We’ll try again in Indonesia.”

“Actually, I smelled the podium and you know, going home without the trophy is not what I wanted but if you see Friday, I can be satisfied with how we answered to a bad Friday. We worked hard, we improved the bike, we improved the feeling, we improved the time, and we were able to lead some laps, which is not bad. But to fight the top three guys, you must be at your 100% everywhere. Unfortunately, with the hot conditions, I was not comfortable riding because I couldn’t stop the bike the way I wanted to. Now we are so consistent in the race even if it’s not going well, so we just need a small step, but I think that it’s closer than you think.”

“It has been a really good weekend for us. We started FP1 struggling a lot and I didn’t understand how to go faster, especially in sector 3 and 4 but the team made an amazing job. It helped me a lot to improve the feeling with the bike and understand how to go fast, and every time we went out, we improved a lot, especially after FP3. The plan was to try to win some places in the Tissot Superpole Race and this helped us to be a bit closer to the front in Race 2. I caught Rinaldi and I tried to overtake him, but he was faster than me in some parts of the track. I was faster in some others but not enough to overtake him. It has been a good race. I learned a lot during the weekend, and it was good for us to make these improvements for the future.”

Baz battled back from the rear of the field after he came off his bike following a Lap 2 collision with Axel Bassani (Motocorsa Racing) at Turn 12. The incident was investigated by the FIM WorldSBK Stewards with Bassani deemed at fault, with the Italian penalised with a Long Lap Penalty. However, for not taking this in time, Bassani was given a second Long Lap Penalty before he was given a ride through penalty for not taking his Long Lap Penalties on time.

The Pirelli Indonesian Round will take place from the 11th to the 13th of November at the Pertamina Mandalika International Street Circuit.

Championship standings (after Race 2 – Round 10)