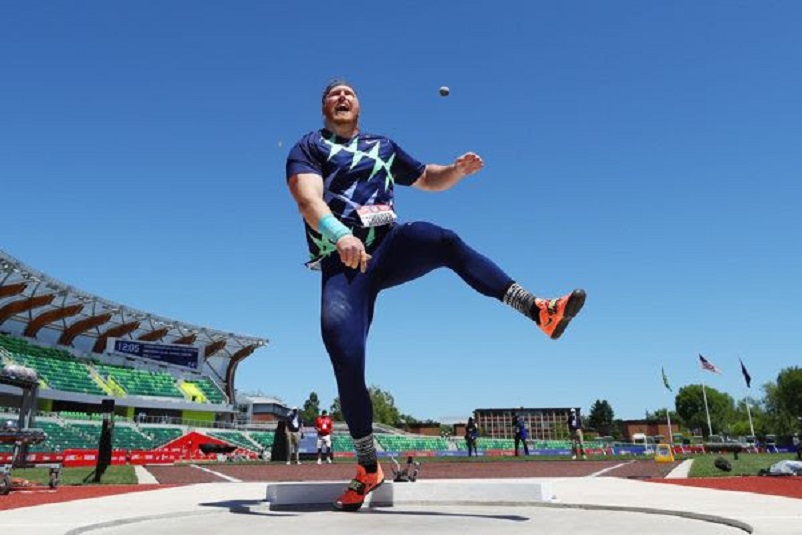 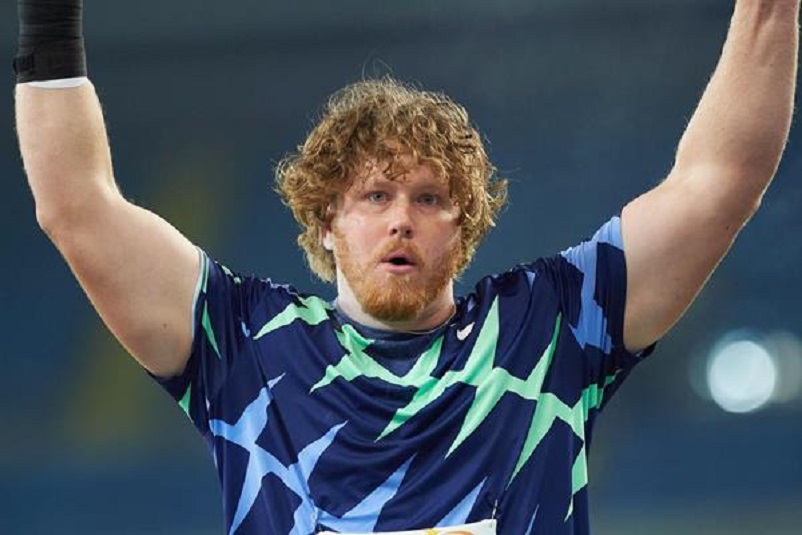 Olympic champion Ryan Crouser broke the long-standing world record in the shot put at the US Olympic Trials, throwing 23.37m* in Eugene on Friday (18).

The world silver medallist, who earlier this year broke the world indoor record, had given a hint he was in record-breaking form earlier in the day. With his opening effort in the qualification round, he sent his shot out to 22.92m – the fifth best throw in history and the second-best mark of his career.

Little more than six hours later, Crouser was back in action for the final. He opened with 22.61m to take an early lead, then followed it with 22.55m and 22.73m. By the half-way stage of the competition, two-time world champion Joe Kovacs was the only other man to have thrown beyond 22 metres (22.06m).

The event came to life at the end of the fourth round. As soon as he launched the shot, and before it had landed well beyond the 23-metre line, Crouser punched the air with both fists, knowing he had released a huge throw. Just moments later, it was confirmed on the scoreboard: 23.37m, adding 25 centimetres to the world record set by Randy Barnes back in 1990, two years before Crouser was born.

Fired up from his record-breaking throw, Crouser sent his fifth effort out to near the 23-metre line but it was a foul. He ended his series with 22.62m, his seventh throw of the day beyond 22 metres.

Kovacs improved to 22.34m in the final round to take second place, more than a metre behind Crouser.