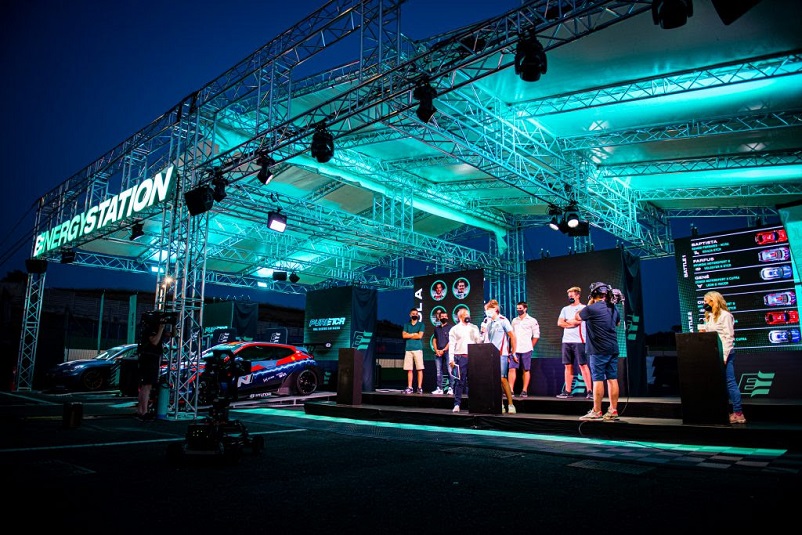 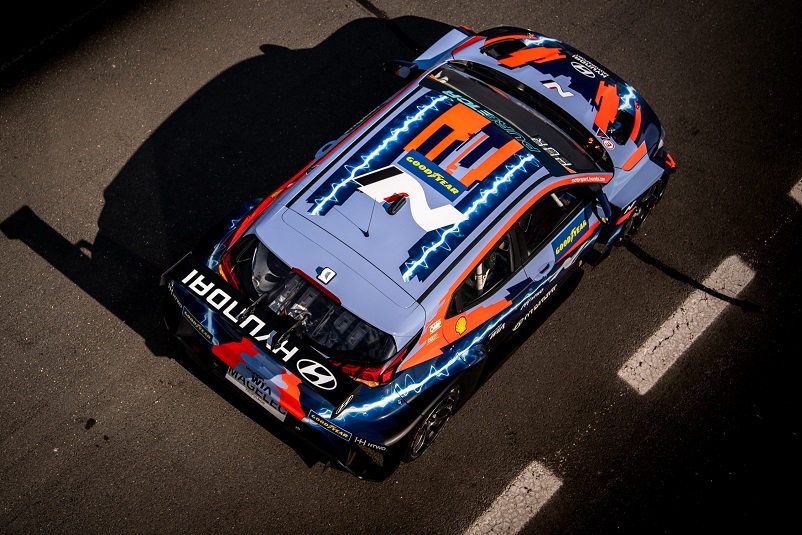 Zengo Motorsport X CUPRA enjoyed a night of good fortune at Autodromo Vallelunga as they secured the advantageous inside lane for three of their four opening-round battles at PURE ETCR Race IT as the series staged The Draw for the first time.

The Draw is one of a number of innovations by the world’s first all-electric, multi-brand touring car series and replaces a traditional qualifying session as a means of deciding the starting position.

Jordi Gené, Mikel Azcona and Mattias Ekström all had advantageous draws, with Romeo Ferraris – M1RA driver Luca Filippi the other driver drawn on the inside lane for his home event aboard the Giulia ETCR by Romeo Ferraris.

The first step of The Draw was to split the 12 drivers into Pools A and B, with six in each. Once this was done, the competitors stepped up one-by-one to randomly choose their Battles and starting spots for Round 1.

Gené was the lucky recipient of the ‘Drivers’ Choice’ selection in Pool A and immediately selected starting spot #3 – the inside lane and effectively ‘pole position’ – on Vallelunga’s 1.7km Club Circuit, which will be used for Saturday’s action.

He will square off against Romeo Ferraris – M1RA’s Rodrigo Baptista and Hyundai Motorsport N’s Augusto Farfus.

By this point, team-mate Azcona – who set the fastest lap during the afternoon practice sessions – had already been drawn on the inside for Battle 2, and will be joined by Stefano Coletti (Ferraris – M1RA) and Tom Chilton (Hyundai).

Ekström – the pace-setter in first practice – will be challenged by CUPRA team-mate Dániel Nagy and Hyundai’s John Filippi while Luca Filippi – Pool B’s Drivers’ Choice winner – will have team-mate Oli Webb and Hyundai’s Jean-Karl Vernay alongside him.

The final stage of the draw involved CUPRA winning the ‘Golden Ticket’, which gave Head of CUPRA Racing Xavi Serra the chance to swap any of his cars’ positions. He decided not to, such were the favourable positions his cars were already in.

The action begins at 10h00 CET on Saturday morning with Gené, Baptista and Farfus facing-off in Round 1, Battle 1.

Watch all the day’s action live on Eurosport Player and other OTT channels, plus PURE ETCR’s Facebook page and YouTube channel.

Luca Filippi, Romeo Ferraris – M1RA, said: “Drawing Position #3, next to the pitwall, would normally be the outside at Vallelunga for Turn 1, but because we’re on the Club Circuit tomorrow, it’s actually the inside so becomes a pole position. The real benefit is that by starting on the inside, you minimise the risk of something happening at Turn 1. It definitely gives us great potential to start tomorrow in the best way.”

Xavi Serra, Head of CUPRA Racing, said: “We’ve had such a strong draw, there was really no need to change anything with the Golden Ticket. It was an easy decision. Tomorrow is another day, but I was quite happy with the practice starts all the drivers made and having three cars starting on the inside for Turn 1 means they all have a good chance to defend the lead just by being as fast as the others. We’re in good shape.”