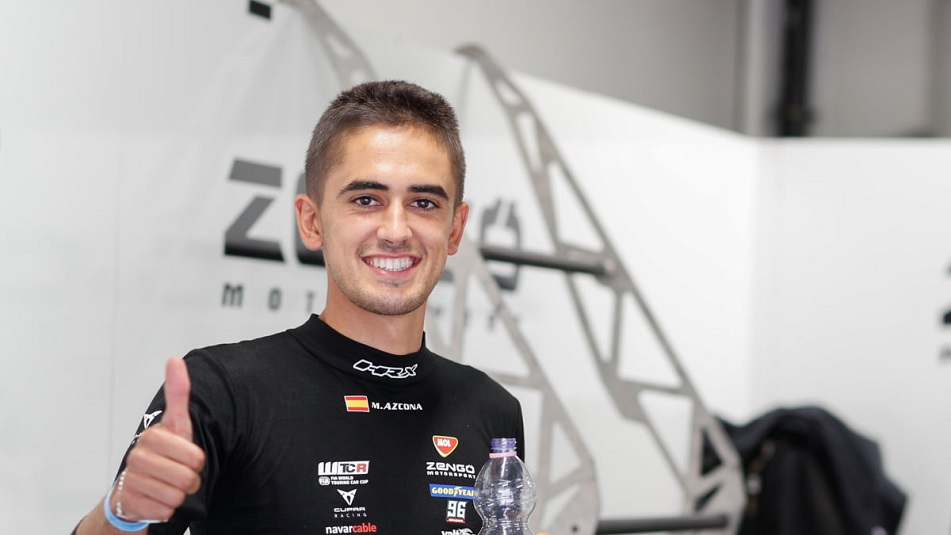 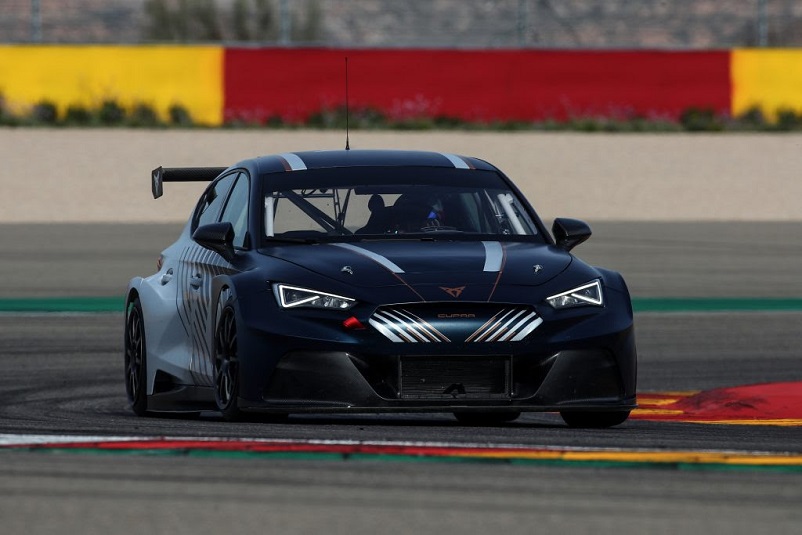 CUPRA Racing have finalised their line-up for the inaugural season of PURE ETCR by announcing today that WTCR race winner Mikel Azcona will join Mattias Ekström and Jordi Gene at the team.

The 24-year-old Spaniard has been a race-winner in the WTCR – FIA World Touring Car Cup for the past two seasons in CUPRA machinery, proving himself among the top saloon-car racers in the world.

CUPRA said that electrification would be key to its growth in 2021 as it launches its first all-electric car, the Born, to sit alongside seven hybrid machines.

This shows the importance with which it views PURE ETCR and the all-new CUPRA e-Racer, which tested at MotorLand Aragòn last week for the first time using the full ETCR technical kit.

After achieving success in go-karts in Spain, Azcona made his car-racing debut in the Renault Clio Eurocup aged 17 and impressively finished as runner-up in his maiden season in 2014.

Further runner-up finishes in both the SEAT Eurocup in 2016 and the Audi TT Cup the following season were yet more indicators of his talent; something validated superbly when he won the TCR Europe title in a CUPRA in his rookie season in the series in 2018.

In 2020 he was one of the world’s most successful touring car racers with 11 wins across WTCR, TCR Europe, TCR Italy and the Campeonato de Espana Resistencia (CER) as he contested selected races in each series.

His addition to the PURE ETCR field is further vindication of the growing momentum behind the series and of the desire for further electric racing on a global scale.

PURE ETCR starts at the Autodromo Vallelunga Piero Taruffi on June 18-20 with all competitors taking part in a series of short, sharp high-intensity Battles, with the winner of the knock-out contest acknowledged as the King or Queen of the event.

A five-event calendar contains four rounds in Europe – including a home event for CUPRA Racing at MotorLand Aragòn on July 9-11 – and concludes at South Korea’s Inje Speedium on October 15-17.

Xavier Gavory, PURE ETCR Series Director, said: “CUPRA’s commitment to electromobility has been clear for a long time, and as the first brand to build a car in the philosophy of ETCR, it’s fantastic to see that they are represented by such a strong line-up. In Mikel Azcona, we will have one of the brightest young talents in touring car racing competing in the first season of PURE ETCR, and with him joining Mattias Ekström and Jordi Gené we have three drivers in the series that have won touring car championships and major motorsport events at a very high level. Preparations for the start of the season are definitely heating up and fans can be sure of a thrilling competition when we kick off at Vallelunga in June.”