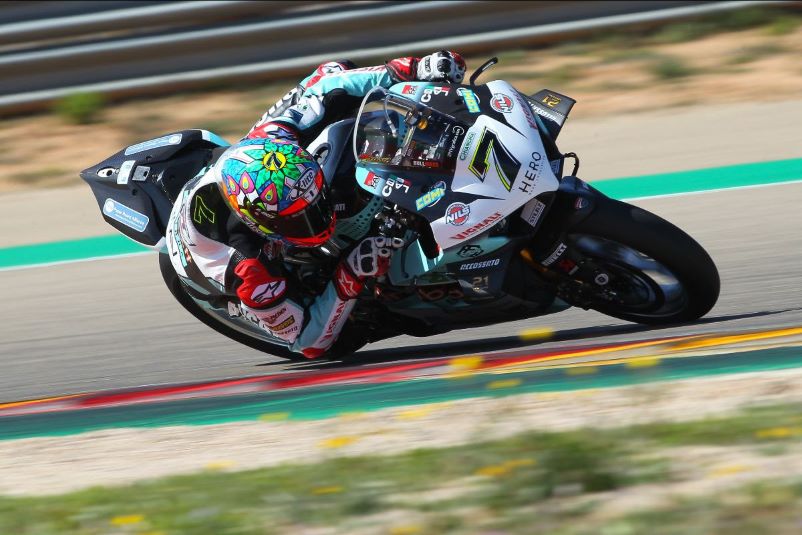 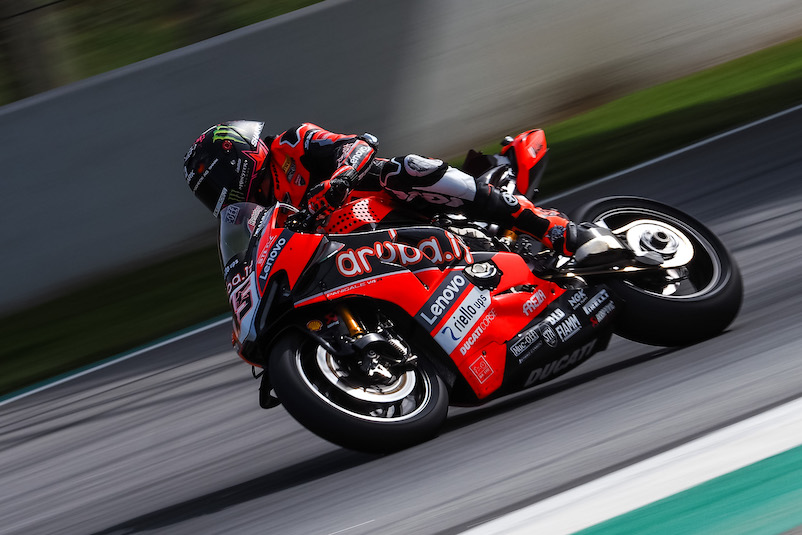 Teams and riders headed west from the Circuit de Barcelona-Catalunya to MotorLand Aragon for two more days off vital off-season action ahead of the MOTUL FIM Superbike World Championship season, as the first of two days of action in Alcañiz kicked off with Chaz Davies (Team GoEleven) topping the timesheets as he continues to get accustomed to his new surroundings.

The day’s running got off to a slow start following rain yesterday and cold track conditions in the morning, but the action got going around an hour into the scheduled running time. Davies, who moved to Team GoEleven for the 2021 campaign, posted a time of 1’49.878s in the afternoon session as he looked to work on the chassis balance of his Ducati Panigale V4 R as well as on electronic settings while using the qualifying tyre as he looks to refine his package for the 2021 campaign.

Michael Ruben Rinaldi (Aruba.It Racing – Ducati) was in second place as he also continues to adjust to his new team after switching from Team GoEleven to the Aruba.It Racing – Ducati outfit. Rinaldi posted a time of 1’49.947s, completing 70 laps, as he worked on his bike setup as well as improving chassis items, although the Italian had a crash at Turn 12 in the afternoon session but was okay following the incident.

Scott Redding (Aruba.It Racing – Ducati) put in a late lap to claim third place on the opening day after focusing on some electronic changes as well as hoping to work on some long runs throughout the two-day test. Redding completed 64 laps throughout the first of two days of action at MotorLand Aragon as he looks to build up a title charge in 2021.

Garrett Gerloff (GRT Yamaha WorldSBK Junior Team) was fourth and the lead Yamaha rider on day one, just over half-a-second away from Davies’ best time, with the American working on the base setup of his Yamaha YZF R1 ahead of the season-opening Round at MotorLand Aragon in May.

Rookie Tito Rabat (Barni Racing Team) was fifth for the day with the 2014 Moto2™ World Champion completing the most laps of anyone on day one with 91 completed. After making the switch from MotoGP™ to WorldSBK for the 2021 season, Rabat keeps putting in valuable mileage on his Panigale V4 R ahead of his maiden WorldSBK campaign. 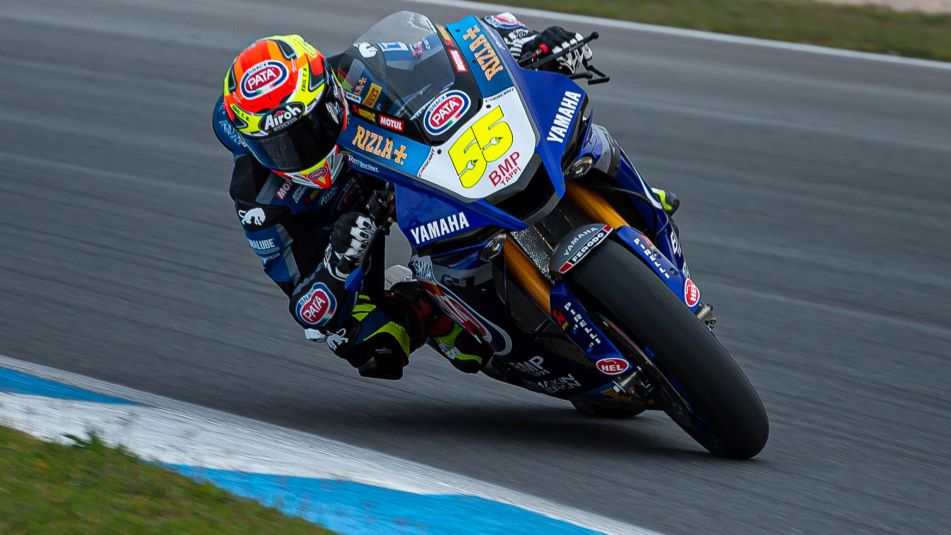 Reigning WorldSSP Champion Andrea Locatelli (Pata Yamaha with BRIXX WorldSBK) was in sixth after only running in the afternoon session, with the Italian opting to not complete any laps during the cooler morning conditions but still managing a total of 51 laps for the day.

For Locatelli, the Aragon test is about more adjustment and developing ahead of his maiden WorldSBK campaign and learning to get the best from his YZF R1 on different circuits, as well as looking to take another step forward. The Italian did, however, have a small crash at Turn 4 but was able to return to the track with the spare bike shortly afterwards.

Axel Bassani (Motocorsa Racing) followed Locatelli with the youngest rider on the WorldSBK grid finishing in seventh place for the day, as the Italian rookie gears up for his maiden WorldSBK campaign. Kohta Nozane (GRT Yamaha WorldSBK Team) took to the MotorLand Aragon circuit for the first time ever and put in 60 laps on his way to eighth fastest for the day, losing a bit of track time in the morning when his YZF R1 stopped on track.

Christophe Ponsson (Alstare Yamaha) took to the track with his team’s striking new yellow and blue livery unveiled on his Yamaha YZF R1 ahead of full-time WorldSBK campaign after sporadic appearances in 2020. Ponsson, like Locatelli, avoided the cooler morning conditions altogether and only took to the track in the afternoon, and was working with a new seat to try and improve his position on the bike to reduce movement.

He completed 50 laps in the four-hour afternoon window with a best lap time of 1’53.348s. Rounding out the WorldSBK field was Yamaha’s rider coach and test rider Niccolo Canepa (Pata Yamaha with BRIXX WorldSBK) with the Italian rider standing in for Toprak Razgatlioglu while the Turkish star completes his self-isolation period. Canepa completed 36 laps throughout the day as he completed some fitness analysis on himself after a recent crash while also undertaking some fundamental testing work for Yamaha.