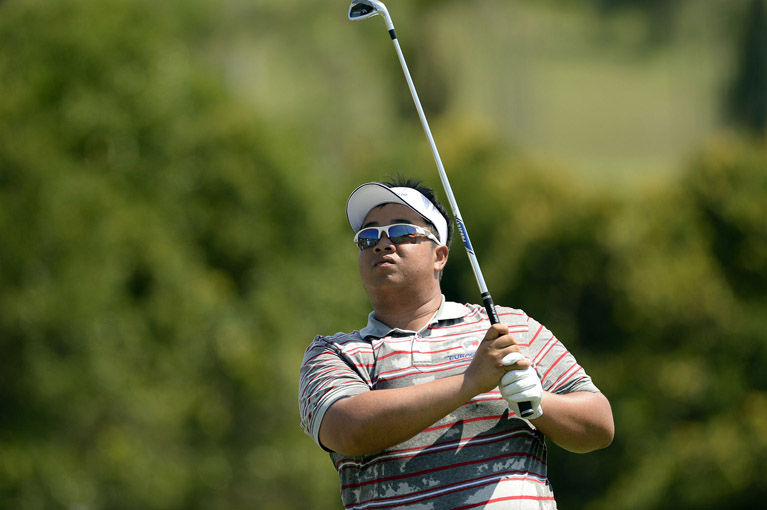 Defending champion Kiradech Aphibarnrat’s hopes of a good run in the Maybank Malayysian Open came to an end when he had to withdraw this morning. The Thai, who sensationally claimed the Malaysian title last year, is apparently down with tonsillitis.

After winning the Malaysian Open, Kiradech suffered a dry spell and was hoping to get back on track with a good run here at the Kuala Lumpur Golf and Country Club, the very site where he claimed the prestigious title last year.

Kiradech struck identical scores of 71 on the first two days to make the cut with a two-under 142. England’s Lee Westwood, the former world No. 1, goes into the third round today with a four-stroke lead ahead of second-placed Antonio Lascuna.

Westwood carded a two-day score of 13-under 131 and is on track to win his first title in two years.