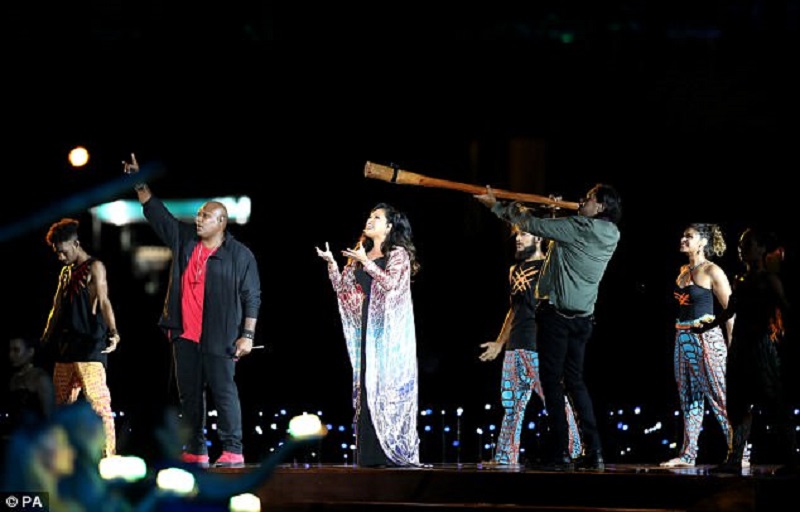 A blast from a didgeridoo, a sprinkling of royal stardust and a strong message of unity lit up the opening ceremony of the Commonwealth Games on Australia’s Gold Coast on Wednesday.

A heavy downpour lashed the 35,000 crowd at Carrara Stadium as the ceremony began, ensuring a wet start to the proceedings for many in the half-covered arena.

Britain’s Prince Charles and wife Camilla were among the guests and the heir to the throne was due to officially open the Games later in the painstakingly planned gala.

As the ceremony sprang to life in the rain, the camera panned in on an Aboriginal family planted in the crowd and a girl with a smartphone. The message on the screen read: “Welcome to the oldest living culture on Earth.”

A scene from a group of friends surfing off the beach gave way to a virtual journey through space and time as the stadium was engulfed in a galaxy of stars and blue light.

In contrast, just outside the stadium, about 100 Aboriginal activists protested against what they have labelled the “Stolenwealth Games”.

The sporting action in the Games, which feature 71 nations and territories, gets underway on Thursday. – Agence France-Presse